Today I want to show you some less well known parts of Brussels. 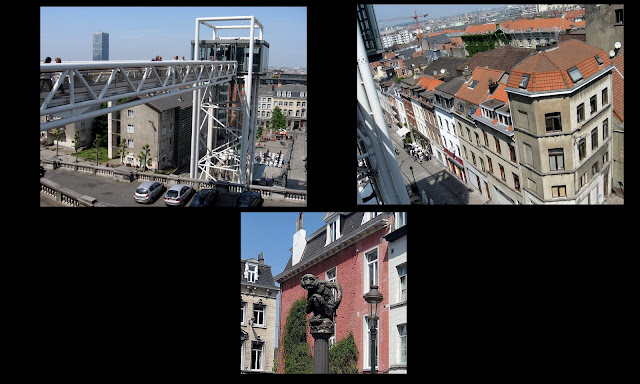 Besides the Palace of Justice which sits on a hill, there is a lift going down to lower Brussels to the oldest part of the city. Here you can find a flea market, artists, old cafés and very old houses. This area is called "Les Marolles". 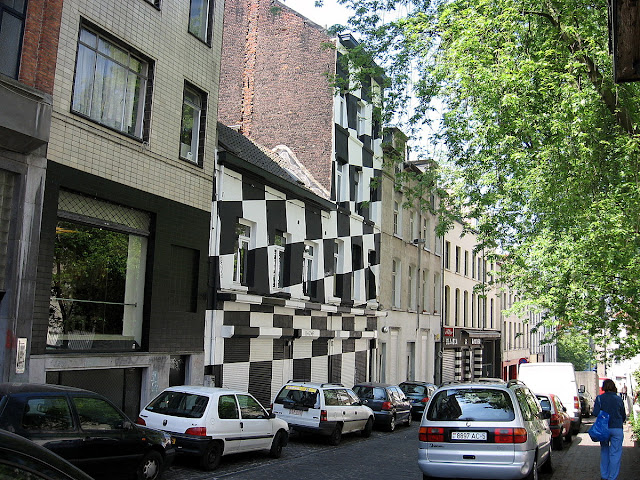 all kind of houses 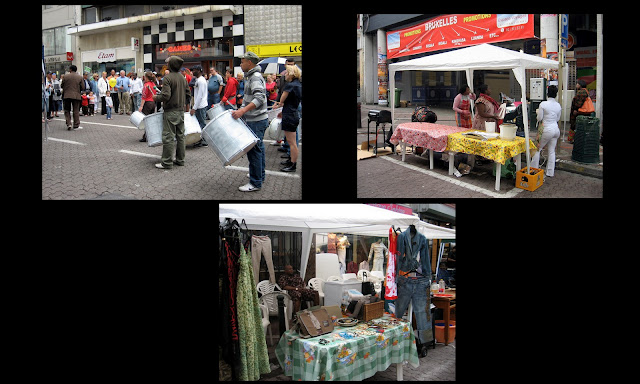 Matongé or Matongué is known throughout Belgium for its large community of people of African origin, and served as a centre and residence for university students from the Belgian Congo. After the independence of Congo, the district faced an influx of immigrants from the Congo. There are also communities from other African countries like Rwanda, Burundi, Mali, Cameroon, and Senegal present in this district. You can find all African specialities in the shops and of course on the market. 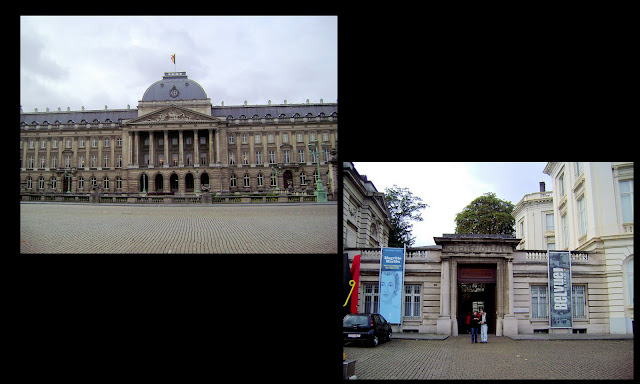 The Royal Palace in Brussels is a stop for the sightseeing buses. Less known are the cellars under the palace. The entrance is just besides the palace in an aisle open to the public. 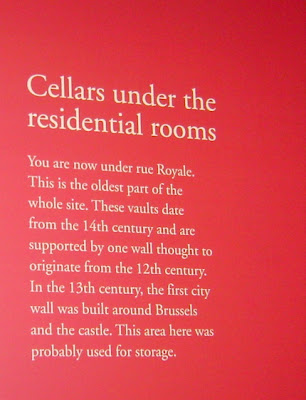 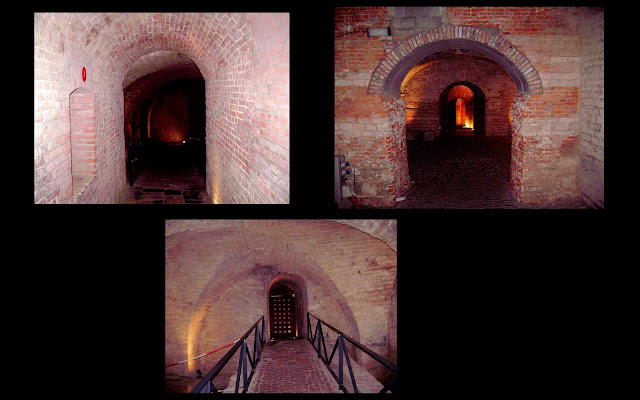 It looks a little creepy in there ! 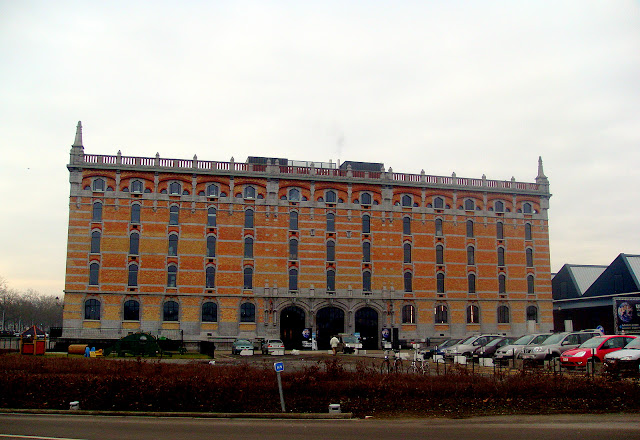 The Tour &Taxi  building along the canalside was a warehouse and customs depot. It was built over a century ago by the Tour et Taxis family, who founded Belgium’s postal service. I remember that before the creation of the Common Market (today the European Union), we had to go there and pick up parcels we got from abroad.   Today the buildings have been transformed into  a complex, hosting temporary exhibitions (such as Star Wars), and harbouring a growing collection of industrial-chic shops, bars and restaurants. The renovations are part of an ambitious blueprint to rehabilitate the entire canal quarter. 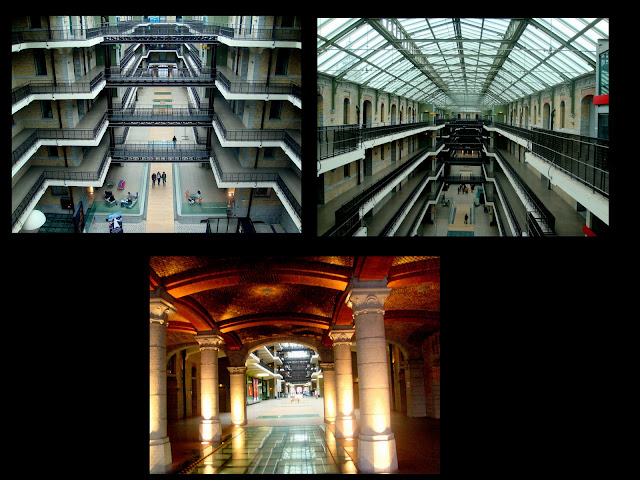 Tour & Taxi inside is quiet impressive 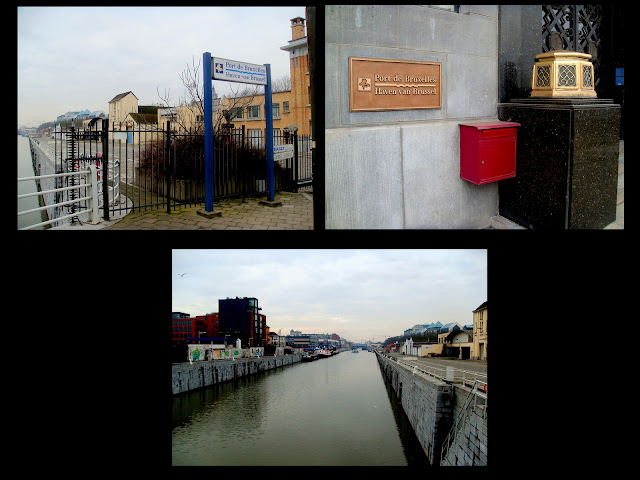 Brussels old harbor. Today you can take a sightseeing tour on a ship or a water "bus" and see Brussels from the canal, which leads to Antwerp. 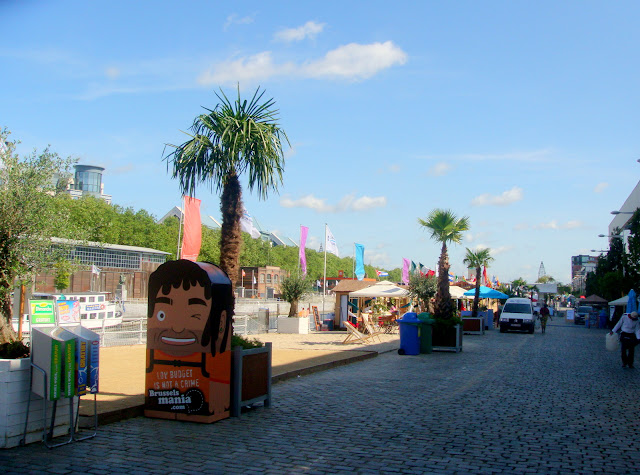 During the summer months, an artificial beach with sand is created every year, the banks are transformed into a real urban beach for "Bruxelles les Bains". The beach is provided with huts, deckchairs and fountains. 3.000 tons of sand from the North Sea covers the site  of 1 km length. 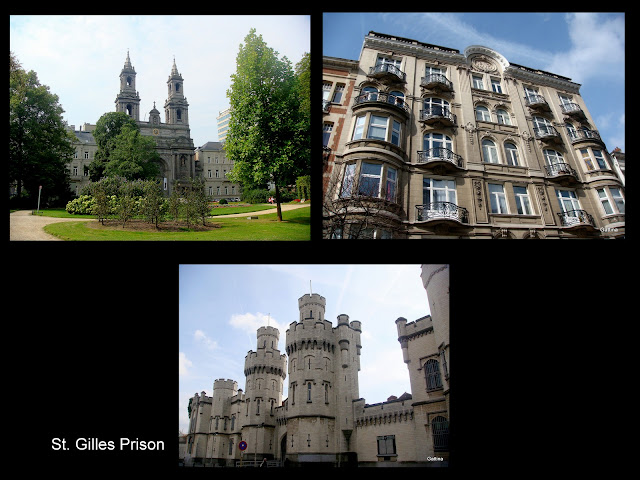 St Gilles is one of the 19 municipalities in Brussels, and has beautiful old houses dating from the 19th century or even earlier. It's sadly famous for its prison, which looks like an old castle. 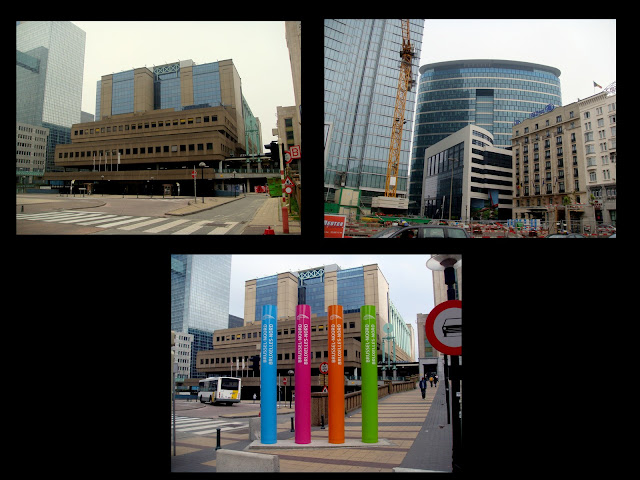 Around the old North station lots of old houses were demolished and modern buildings grew like mushrooms. When I returned there after years, I didn't recognize anything. 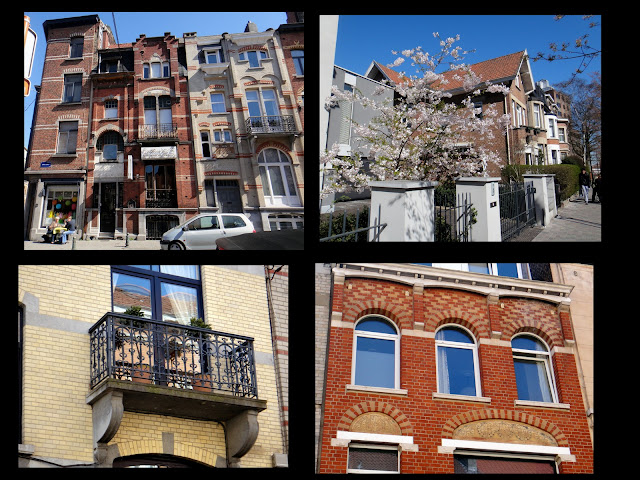 Brussels architecture has a lot of varieties. There are also lots of little parks and green squares with banks to sit and rest.
Posted by Gattina at 06:00

A beautiful and interesting city. Even the prison looks special.

Love all the houses and different kinds of architecture.

That was really interesting Gattina. If I visit Brussels again, I know who I need to ask advice from first.

You could be a tourist guide:-)

bonjour dear Gattina,
I'm impressed by the beautiful and different architecture in Brussels. Your pictures are great, lovely streets and perfect colors!The old harbor is beautiful, I love the view of the canal.Tour & taxi is a magnificent place, modern and you prepared a great collage!Thanks so much for sharing this article!Bravo!
Léia

What a wonderful tour you've taken us on, Gattina! I love your captures for the day and the different angles your photos take!! Very professional looking!! Terrific post!! Hope your week is going well!

I hate it when they destroy old buildings But I guess the wires get old and so does the plumbing so its cheaper to just tear it down. So sad.

How rich those pictures are! I'd love to be able to visit, there's nothing so stunning in my little town in South Carolina. Nothing but basic neighborhoods and palm trees.

What a grand tour of the old city you have given us. Such a fabulous series of photographs. Love the idea of bringing in the sand from the North Sea, and the Tour and Taxi Building is wonderful inside and out. Great post. genie

That was quite a tour, Gattina!
Wow, preserving the old city walls would not have been possible in Holland I think, because of the water level.
Like that checkered building!
What always struck me in Belgium is that from one house to the other there could be quite a difference in architecture in the residential neighborhoods.