Last week I have been to a Mexican Restaurant in Waterloo. I was not so impressed by the so said Mexican food, but rather by the restaurants decoration ! I had never seen such a special and very creative one in a restaurant. 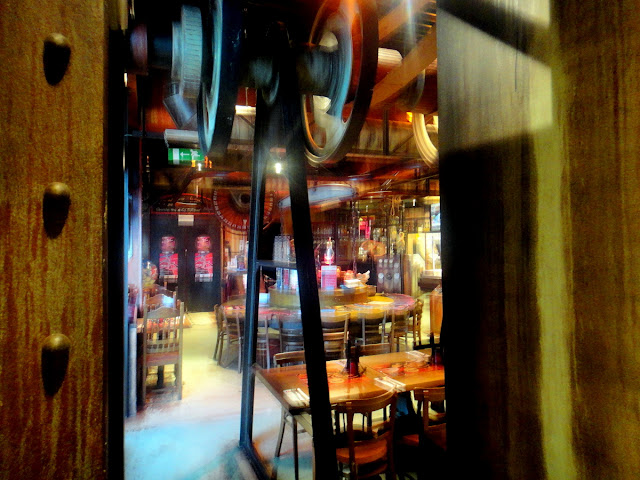 At the entrance, looking inside I was surprised  by the huge wheels hanging from the ceiling 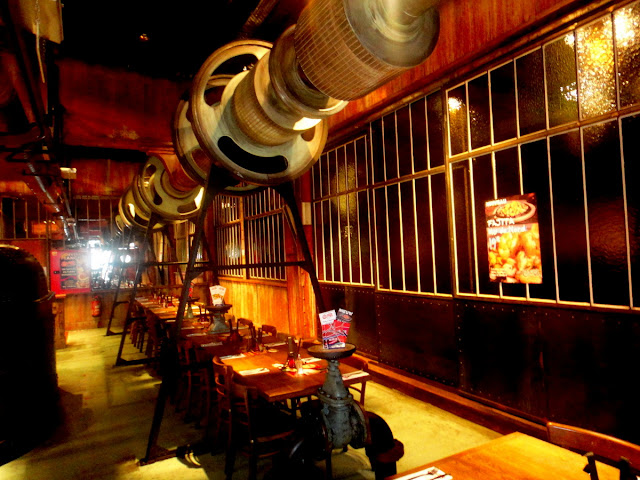 enormous turbines and other machinery 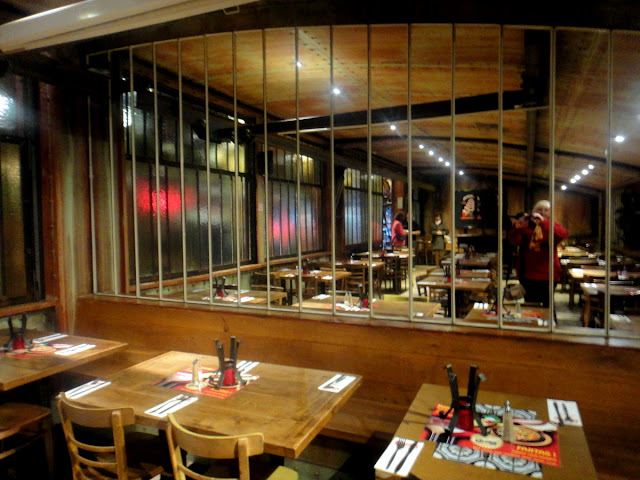 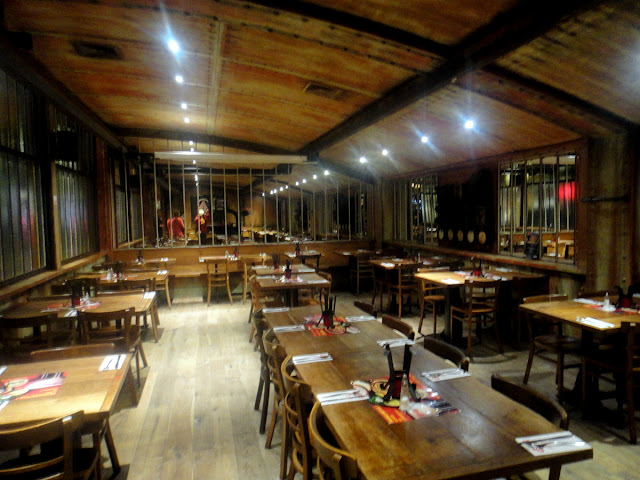 The wooden table gave a warm feeling to this rather industrial decoration ! 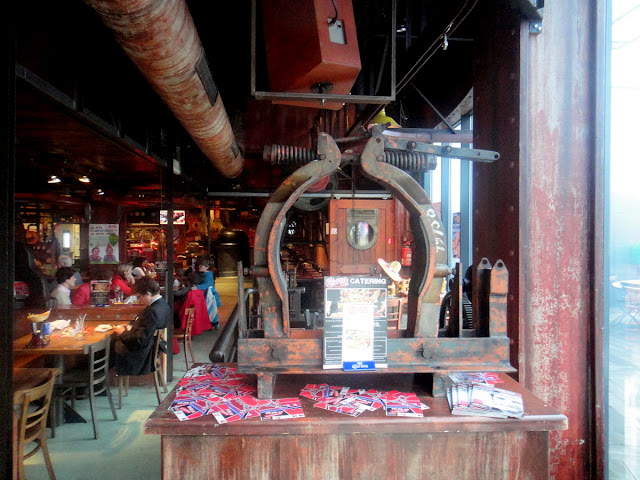 Unfortunately the waiter didn't know for what these engines were used, so we could only guess. This was probably used for grape pressing 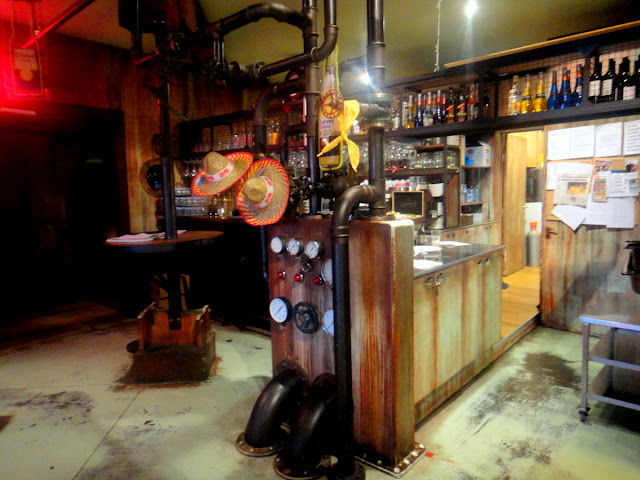 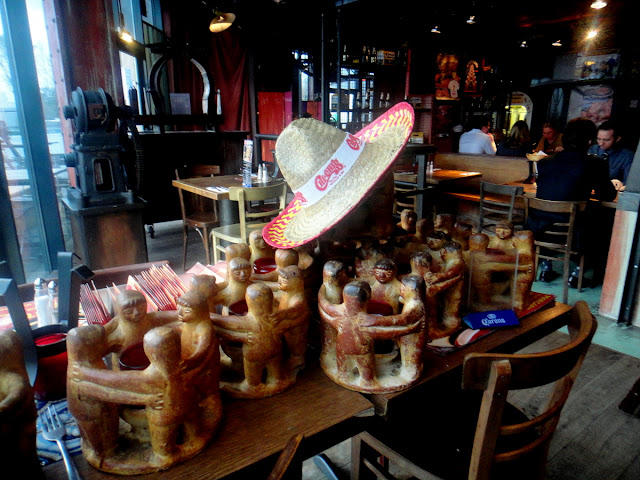 I think the only really "Mexican" things were this 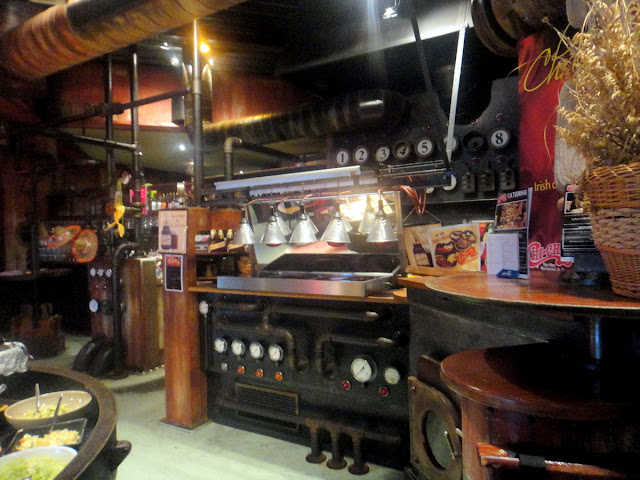 another engine was used for the bar 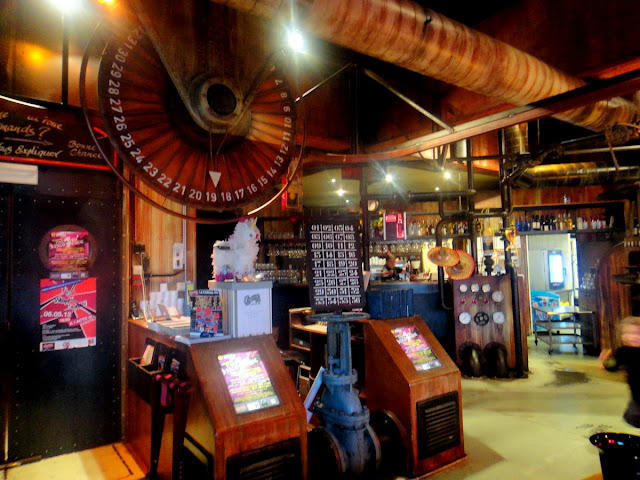 a huge fortune wheel stand opposite 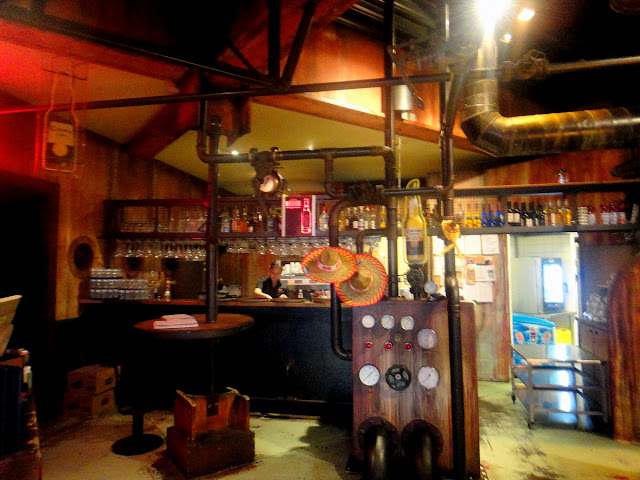 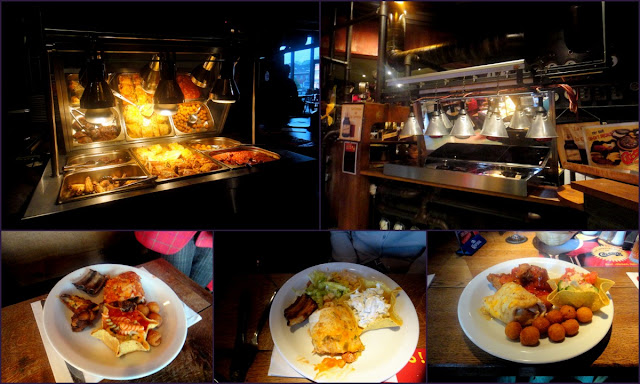 and a "all you can eat" buffet for 11 € (14.50 $). For those who really know Mexican food it looked rather like a mixture between Belgian and Mexican food and it wasn't spicy at all, but it was not bad at all.

If we would have eaten "à la carte" there was real Mexican food but also more expensive and for just a lunch it was OK. 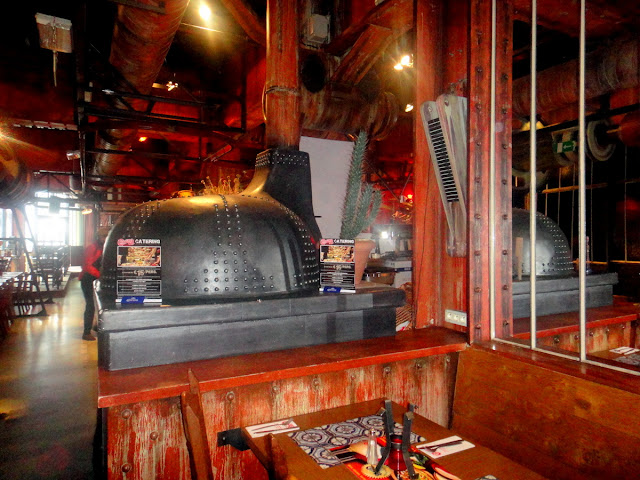 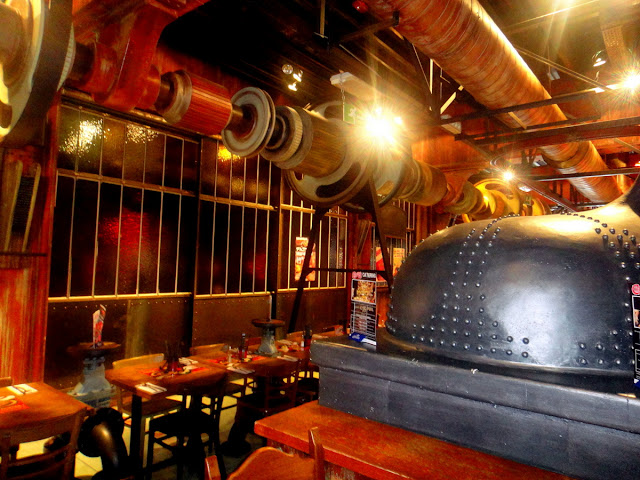 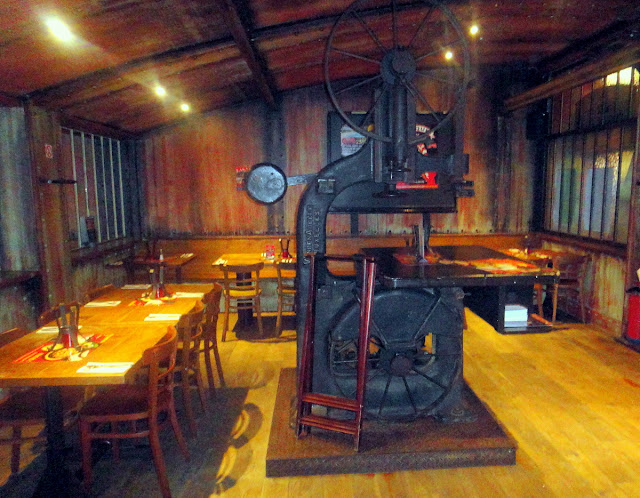 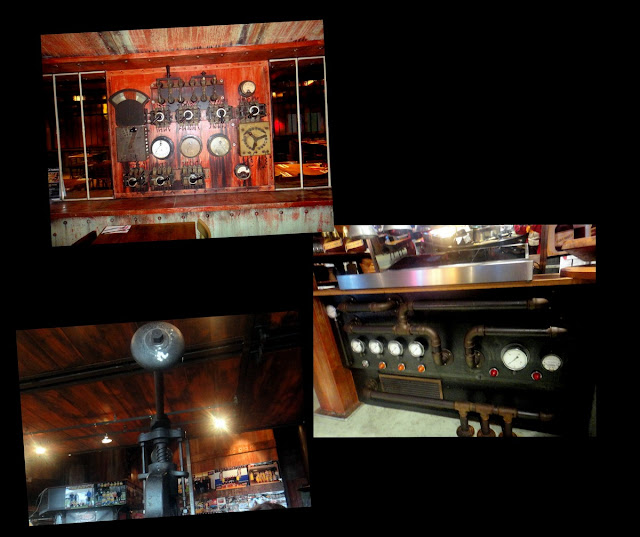 other impressive engines or machinery 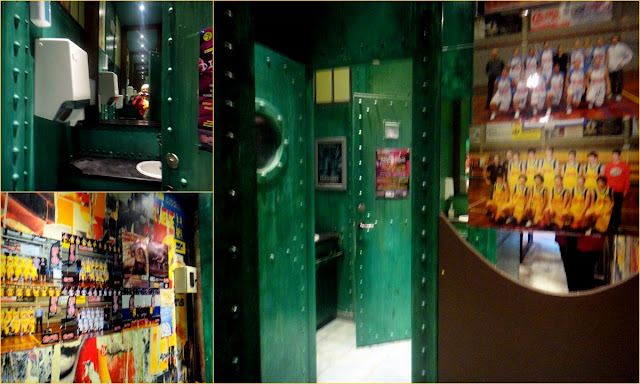 and the restroom was all green with football (soccer) team posters at the wall.

Next time we will go there, then  not anymore for the decoration but in the evening to have nice Mexican specialities.

I've never seen anything like the items used to decorate these restaurants. You have done an amazing job with the photographs. The lighting really brings out the beauty of each decor.

Wow, the restaurant owner must have bought a factory to decorate in such style. This is such a unique post about strange and effective decor. Has the eatery been open for long? Is it well patronized? Thanks for sharing. Hope you're having a great week. Jo

such a unique setting. i've not come across anything like this in other restaurants. the food looks delicious.

Remarkable deco indeed, quite original! Would like to try the food as well, a good Mex from time to time to challenge the taste is not a bad idea at all!
God bless you!
Cezar

What an interesting place!! Boom & Gary of the Vermilon River, Canada.

I used to LOVE Mexican food! But since my last vacation I do not want to eat it at all! lol! Actually, I just cooked tacos for Hubby this past week. They were very tasty!

Definitely original decorations and so colorful! I love your captures, Gattina, next best thing to being there!! I do love Mexican food! Hope your week is going well!

When my parents lived in Mexico, I found the food is not spicy at all, but all the sauces are on the tables, ranging from mild to HOT. At a taco stand, we could also choose whether to put hot sauces on our food or not. I usually chose not to do it.
This looks like a fabulous place to visit just for the machinery. (And for Belgian Mexican food, LOL.)
K

Turbines as restaurant decorations - that's quite interesting. I haven't seen those either.

P.S. Discovered I forgot my country next to my name right after linking up. Will not forget next time. My apologies.

Fascinating restaurant. I find that Europeans cannot cook Mexican food very well. SO I pig out when I am in the US :)

This place is absolutely fascinating. So much big mechanical stuff everywhere. It is arranged attractively which must have been quite the undertaking. The Mexican hats do look like the real thing and I love the idea that the food was not spicy. I cannot eat anything spicy or hot. I think I would love going there for dinner.genie

Love the interior! Very striking:) Gattina, you may expect all Mexican food spicy, but it isn't. We have Mexican restaurants on every corner, since it's so close to Mexico.

Very interesting decor I must say. We eat so much Mexican food in the US.
and up here in BC,we eat Indian food lol
We have so many Indian restaurants but we also love sushi and Boston Pizza for ribs.

Sometimes when we go to and Indian restaurant and we see so many Indians there, I often wonder why they go to an Indian restaurant when they eat all this food at home
Don't they want something different??
And when you look at the new generation, they come in groups and then sit and text. So why did they come in a group? May as well stay at home and eat by yourself. lol
Times have changed to be sure. lol