Helps you to remember what you have done on weekend April 28, 2012.


It really becomes boring that I  always (or nearly) complain about the weather. But it's still the same, now it's grey, rainy but a little warmer. Not really a weather for doing other things than staying inside somewhere.

I know from a friend that we have a new second hand shop in Waterloo, which sells household appliances, video cameras, TV and accessories and a lot of stuff more. The good thing is you can bring things there you don't need anymore and sell them. I tried with a little table vacuum cleaner and they took it for a little money, but still it's better than nothing. Now I know what to do with all the stuff we don't need anymore.

Kim, one of our cats needed badly to go to the groomer. She is a very strange cat and hates to be touched, so it is very difficult to catch her put her in a cage and bring her to the groomer. 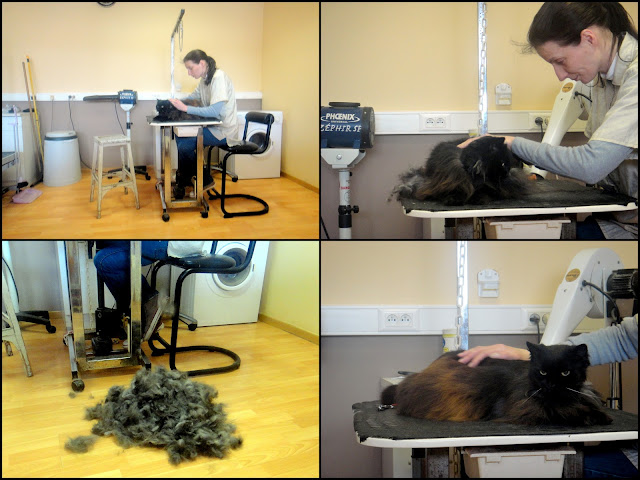 We trapped her on the staircase where she couldn't escape, by the time, we were both exhausted ! Finally I arrived there in time for my appointment and suddenly this cat transformed herself into the most friendly and patient cat on earth ! If we try to brush her she runs away. She is very intelligent,  stays around the house eats at night and during the day we only see her in the yard. An invisible cat. She has all signs of an autistic person she is "Raincat" instead of "Rainman". It took almost an hour to get rid of all the knots ! And she purred and purred and was really happy. I was offended ! When I saw this hair mountain, I thought she would be a good sheep. I always go twice a year, in spring and autumn but as the winter had been so cold, the animals had more fur than usual. 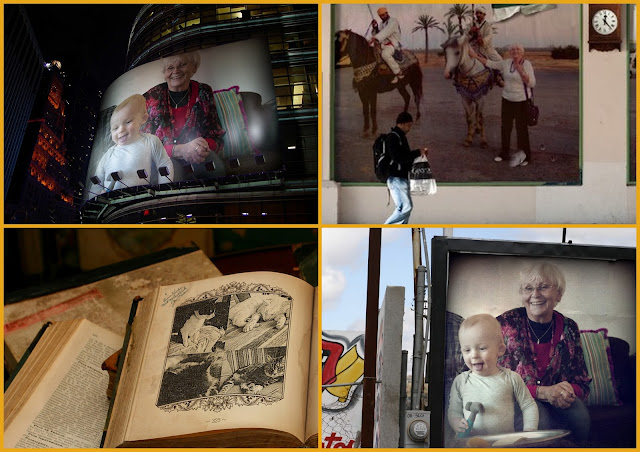 In the afternoon  I let out my creativity and created these pictures just for fun. I also want to make new headers. 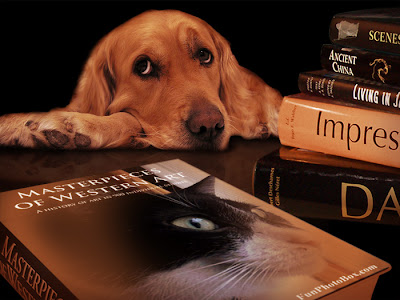 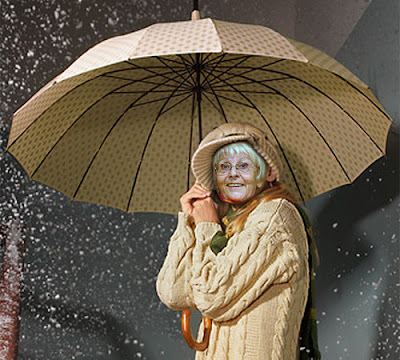 Besides TV and continuing to amuse myself with my photos, I didn't even realize that it was rainy again. I didn't leave the house at all and we ended the day by watching an Inspector Lewis, who replaces Morse now. As it all plays in Oxford I recognized the places and it brought back so many nice memories of my stay in Oxford last year.

Labels: photoshopping, What did you do this weekend ? Cat groomer

Wow! Thats a lot of hair from a cat lol
You enjoyed your day without going out Isn't that wonderful lol
For once we went out and enjoyed the BC view.

I think my cat is autistic too,she was such a scared cat, but the older she gets, the braver she is! I can now clip her nails without having to fight with her.
I love your new header.
At least we did have some sunshine where I am. We had our aperitif on my patio last night, and we had a beautiful blue sky! My kitchen door is open as we speak now as well!

What an angora cat! Kim is really special! When I think you couldn't catch her! And she purrs! Yoou did a great job with the last pic! We bought a new "vitrine" to put our glasses inside! I'll take some pictures in order you can see it!

I am always amazed at Kim! She is such an odd cat. As you say, a Raincat!

I use to complain of be bored. As I age I take different look at boredom. “My life is uneventful”
I love second hand place one never know what one will run into. Since it on the warmer side people are starting to have yard sales.
But I'm trying to stay away so I can clean out our shed/barn. Confession time...I have to much stuff.

Our Cat Ziggy is strange he likes to be pet on the ground but it on his term. We claim him as our snobby kitty.

It look like it will be raining off and on though out the week..coffee is on.