A DIFFERENT WAY TO SAY "ATTENTION"

This is not a joke but really happened in the north of France.

For one week, on the radar appeared the message "Fuck you" to drivers each time they exceeded the imposed speed limit.

No one realized it during a whole week. Not even the mayor of the city. And for a good reason: he rides a bicycle ! An employe of the company responsible for the radars, who likes to joke had programmed the radar with this not very polite phrase. As it was in English most of the drivers probably didn't even understand what it meant.

Finally, a local journalist noticed the message while driving by and asked that the text should be withdrawn. Unfortunatelly the company first couldn't manage to erase the text. Therefore, the text left unchanged for a whole week. By now the radar has been reprogrammed. It now displays a message more polite  "Attention, too fast". 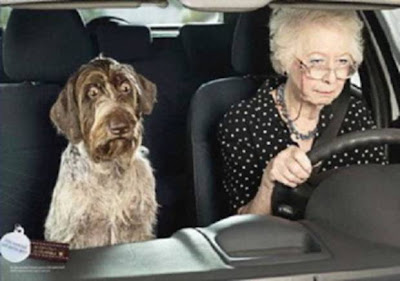 Seriously? The guy who did this is a genius! I liked his idea a lot, even though I'm aware that I could get the message applied to myself on occasion...
God bless you!
Cezar

Hi Gattina,
Do you or the kitties have facebook page?
purrs and love
Luna
*** my facebook is "Luna Snowshoe"

OMW, that is a definite attention grabber, but only, obviously, if you understand English.

Ha!Ha! I never met a such radar!!!
We voted early this morning! Waiting for the results tonight!

I don't find such things to be very nice. It doesn't resolve or stop anything and makes people do worse things.I watch movies and it is becoming so you can't watch them anymore because of all the swearing. So I turn on the old movies and watch them instead.They are polite and show you how mature intelligent people behave.

Gattina - I am very tired of swear words even if people find it funny. We have so much of it here and it pains the soul to listen to it. Its like they only know one word and use it five times in a sentence to ensure you understand.
I guess where you live its different.
I guess if I heard it in French or some other language it wouldn't bother me at all because it would not mean much.It would even sound funny. lol

I don't see anything like this happen in my neck of the woods. I live in very conservative area in the United States. A sign like that would have some really shit green Twinkies here.
But cussing really don't get your point across...coffee is on.

I thought that word would be understood in any langauge. Strange/funny that it took so long to be removed.