Helps you to remember what you have done on the weekend of April 21, 2012.

As spring still looks like a month of November and unless you want to catch a cold and get wet like a sponge, it's better to stay somewhere inside, therefore I decided to make a little tour at Ikea, it had been a long time I wasn't there. I was looking for a barrier to fix on Mr. G's bed, because he does such agited dreams that several times he had fallen out of his bed !

It had happened again this week, apparently in his dream he had jumped behind a hedge to hide ! I found him sitting in the middle of the room with all the bedstuff draped around him ! He really looked so funny that I had to laugh. But it is also dangerous because he could break an arm or leg or worse.

So I asked for a barrier and they send me to the children section, where I found one which unfortunately was not high enough. Whole Ikea was upside down, because they change everything so you get easily lost and with my sense of orientation, I wandered around and around and couldn't find the exit ! Finally I found it but in between I had bought a special knife for peeling apples not for murdering somebody, and napkins which hadn't been my intention !

When I arrived in the huge parking, I looked for my car. I had parked it at a corner close to the entrance and exit. What I didn't know was that there are two entrances (or exits) and I didn't remember which one I had used. After turning around and around for 15 min at least, I asked for help at the reception. A young guy came with me and we looked together for my car. After 45 min we finally found it, and yes it was on a corner near the exit and the entrance, but on the other side of the parking ! I was exhausted, and instead of going to the Garden center, I went home and then to Dominique who had invited me and Nicole for a drink. What an adventure ! This has never happened to me  ! It was the first time in my life that I lost my car in a parking ! 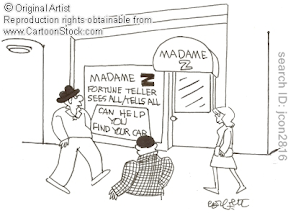 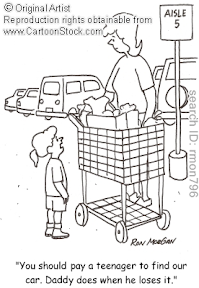 The rest of the Saturday's afternoon we had a nice time together and talked about our forthcoming roundtrip through Tunesia in June.

Sunday we had "funeral" weather again, all grey and humid, it took me all desire to put my nose outside. Nevertheless we needed something to eat  I went to our Sunday market in Waterloo and between several showers I managed to stay dry. While I was waiting for our Thai food which was prepared by the Belgian owner's Thai wife while I was chatting with him, I was under a tent, when I ran over to the stand with the grilled chicken, the sun was shining and waiting in a line to get my chicken breast and vegetables it rained again while I stood under a tent again. As soon as I arrived at my car it poured buckets of water and this lasted for the whole afternoon, sometimes even with hail.

I did my laundry while I worked on the computer, and put it in the dryer, now I wait that the laundry comes up the stairs nicely folded and puts itself in the wardrobes.

Dominique came over as usual on Sunday's evenings when I could record a "Midsomer Murder" film, this time we only had 3 corpses, but still according to Mr. G. we are in the average.

OMW, how I laughed at you losing your car in the park. This has happened to me quite a few times, and I can empathize with you - the frustration and the energy you have to expend to look for it (I also always asked the guards for help!) Did you ever get the barrier which was high enough? Mr G is very energetic and seems to be doing a dangerous job in his dreams (hiding behind hedges, ha!) You are a tonic on a Monday morning. Have a great week! Hugs Jo

I have never lost my car (or my bus) yet, but I did loose my keys twice in one day once. The first time I had left them in a shop and I had to go running back to get them. The second time I left them in the hotel's public toilet. They were found, but the owners of the hotel didn't realise they were mine!

I think the laundry gnome is on holiday: mine hasn't been folded either!

I had already some adventures on Carrefour when I didn't remember where I parked my car!
i hope you will find the good barrier for Mr G. Perhaps on ebay?
I put some picture on my profil fb with the portal!

I have only been to Ikea once. I got so nervous because I could see no way out! I am very claustrophobic!!!

I lost count of the number of times I forgot where our car was parked at shopping malls. :)

I love Ikea for its food and practical furniture. I can spend a day at the huge store.

Thats funny about losing your car lol
Poor Mr G with his night mares. Is there a way to put the bed near a wall on his side?
We had good weather and its spring clean up week so people are throwing all kinds of stuff outside for the garbage truck. Otherwise we have to lug to the dump ourselves and pay for it by pound.Not fair or good. They should take things when people need to throw them out. But they've become so sophisticated today. lol

I will not laugh about you losing your car. I lost mine a few years ago after our work's Christmas dinner. I spent about 30 minutes in the underground carpark at the Hilton thinking that it had been stolen. And, no, I was not drunk :)