If you think your water bill is too high  you should have lived in the 17th and 18th centuries which were amongst the worst periods in terms of physical hygiene. Especially in France, which was one of the reasons that the best and most famous parfums were created there.

Nudity was frowned upon. For this reason people when washing did not take off their clothes. Into the 18th century, filth was considered as beneficial.

Medical theory of the time said water entered the body though the skin, causing diseases. Particularly hot water was harmful since it opened the pores of the skin, making the individual more vulnerable to diseases.

It is said that King Louis XVI took one bath in his life ..... on his wedding day. After that his mistresses sometimes fainted because of his strong body odor ! As there was a very  limited use of water for bathing, soap was not popular either until the late 1700s. In the 1700s, cleanliness and hygiene were sought in white linen. Because of this, until the end of the 18th century, most people bathed ‘dry’ or, in other words, using as little water as possible. Linen absorbed perspiration,and purified the body, and hence became a sign of the wearers cleanliness.

Therapeutic values were attributed to dirtiness. For example, urine soaked diapers were just dried before using them again. They were not washed. Urine was used as a beauty product to treat acne, amongst other things.

People avoided washing their hair since scalp oil was considered excellent for shiny, healthy hair. As a result, most people had head lice. If you could manage to endure the stench of a person, his house would finish you off. You would smell several chamber pots. Separate toilet rooms weren't popular until the 19th century. It was said that Versailles had a particular stench; since it was a long distance between chamber pots, one relieved oneself in a corner, any corner.

For the nobility, cleanliness was attempted through the use of cosmetics: perfume and cologne used in abundance to chase away bad odors, powder to dry greasy hair, etc. Artificial means, predominately wigs, were used to provide the appearance of cleanliness. Make-up could cover a variety of flaws.  In the 18th century, besides whitening their faces, they used blue coloring to touch up their blue vein lines. Black silk beauty spots were initially used to conceal blemishes and smallpox scars.

So take a bath once a month as we should save water ..... 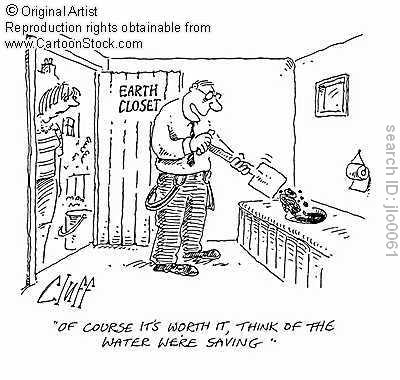 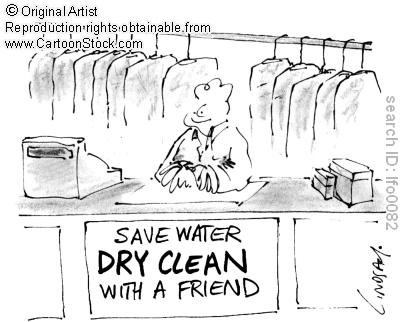 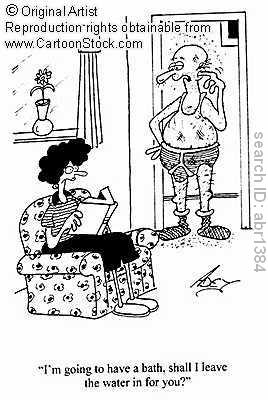 Great history lesson and I must admit I haven't had a bath for many years, but I do love a long hot shower.
Also admit my family didn't have a flush toilet until I was 11yrs old.
We had a dunny man who took away a full can every week in his special truck. The toilet was down the back yard. Arhhh, that's a story for another day.

Ewgh! I have such a strong sense of smell, I wouldn't have survived in those times... I also haven't bathed in ages, he-he. I love a shower instead. Thanks for the history on these noble people and their horrid dirty habits. Hope you're having a great weekend. Jo

I know, isn't that awful! I love long hot showers/baths!

Versailles must have a right royal stench! Interesting information - I wonder about Queen Elizabeth 1

I love how history keeps amazing me, the dirt period earlier is quite interesting actually and I love the idea of bath once a month.... *giggles*