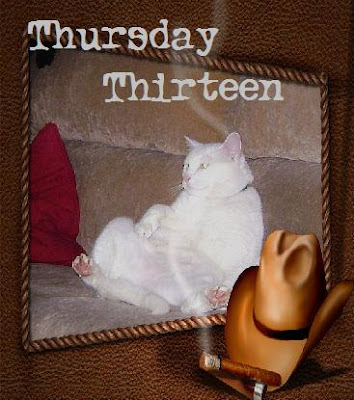 3. The proper behavior all through the holiday season is to be drunk. This drunkenness culminates on New Year's Eve, when you get so drunk you kiss the person you're married to.

4. Many people look forward to the New Year for a new start on old habits.

5. A New Year's resolution is something that goes in one year and out the other.

6. New Year's Resolution: To tolerate fools more gladly, provided this does not encourage them to take up more time

7. Good resolutions are simply checks that men draw on a bank where they have no account.

8. New Year's Day… now is the accepted time to make your regular annual good resolutions. Next week you can begin paving hell with them as usual.

10. Be at war with your vices; at peace with your neighbors, and let every new year find you a better man.

12. New Year's end is neither an end nor a beginning but a going on, with all the wisdom that experience can instill in us.

13. May all your troubles last as long as your New Year's resolutions.

I love your quotes...especially #4 (a new start to old habits!) so true, so true!

Those are wonderful, Gattina. Here's to new beginnings!

Amen to number 1. The last few years my husband and I have made it a goal to go to bed EARLY on New Years Eve, thinking that at least one night of the year we'll get a good night's sleep and start the new year rested. However, with four young people in the house who stay up late, we haven't actually managed it yet!

Heehee, funny quotes! All good. I don't think I've ever read that many quotes about new year's. Thanks for sharing!

Love this especially #s 1 and 3. It really made me laugh.

I love these quotes, and the cartoon was great, too!

Happy New Year to you and yours. I really enjoyed these quotes. Thanks for finding them.

Oh and I too was in bed before midnight on New Years Eve.

LOL, loved nr. 3 :)
Happy New Year, I am back and enjoying an internet connection!

LOL on the list. I'm not sure you have to be middle aged to fit in #1. You just need to have kids who wear you out!

Happy New Years and Hayy TT! Thanks for stopping by.

Re #1 and now that I'm old perhaps they'll let me stay up late.

Thanks for visiting my TT, I Linked your post from 13 Political Reasons the Chicken Crossed the Road

ROFL! Great list. I love it. Thanks for the laugh.

These are wonderful! I'm working hard to be an optimist.

Hi Gattina ~~ Good list of New Year quotes, thanks. And also thanks for your comments and for yourr New Year wishes. I hope 2008 is wonderful for you and your family. Take care, Love, Merle.

Precisely the reason I "set goals" this year instead of making resolutions :-)

Have a wonderful year!

I love quotes and these made me laugh which is always a bonus. MoI sent me your way to check out Wordless Wednesday (because I did my 1st two yesterday - one series of 5 photos on each blog) and I wondered how to connect with others who did this thing. How nice to see you do T-13 also. My 6th one is up at Small Reflections today. Regarding #9 - does that mean we women trade up each year for a better man?

'Tis nice to meet you and I'll be back when time permits. I'm going to check Wordless Wednesday before I leave ... then I'm walking Molly.
Hugs and blessings,

Those are funny. I know my Mommie is getting old because she did not even stay awake until midnight this New Year's Eve!

I'm not sure which has me grinning more, the quotes or the cartoons!

Oh lordy the cartoon strip looks quite familiar to me. It actually happened to us. But it was just ME opening the bottle of bubbly and hubby's uncle who got in the way of the cork!!!

Felicia and Rosa said, twins they are,: Papa, stick to number 4, as you allways do. LOL.
-- so what can I say? Optimist as I am.

Well, I had to read for them both. But their vote was unisone.

PS. They would not mieew me their vote for Anna. I still ponder. I think it must have been one missing: School Teachers repeat themselfs every 5th year. But the pupils does not know.

Have a great weekend.

btw. Believe it or not, I've done a post this evening. It's light in the winter tunnel

Number ONE is the absoLUTE truth!!! Great list - as usual - my friend! :) By the way... I think it's GREAT that Mr. Gattino is moving the kings! They are ALMOST there now!!!

I think the first one is a riot. The new year is like a birthday I'm still trying to accept.

Oh, I simply LOVE that comic strip! I do hope it were Dom Perignon they opened.... *giggles*

Great quotes. Lot's of truth in them too :-)

I like number 11 - he he! And re: your comment on mine and living on the wrong side of the world because of the cold - doesn't matter where you go - I'm in Texas and this morning it was freezing rain and sleet and nasty outside! YUCK!

Te last one is the best! *LOL*
Thanks for visiting my TT; sorry I'm late in returning the favour!