Since Waterloo has become the "Bel Air" of Brussels and I am the Princess living here, the amount of burglaries has increased tremendously and with the open borders of the Eastern Countries especially Roumanian gangs are operating here together with Russians.

Mr. Gattino's friend Jacky owns one of the most luxury jewelery shops in Belgium and counts Sheik wives from Arabian countries or princesses from Saudia Arabia amongst his clientèle. His shop is located on the main street in Waterloo's city center.

On Friday his wive returned home earlier for whatever reason and while she opened the garage door with her remote control, her car door was opened, she was pulled out by two masked men thrown to the floor and handcuffed. Even the best alarm doesn't help if burglers are waiting for your return to open the house !

Of course they stole her jewlery and she was lucky that they didn't cut her fingers off. When Jacky arrived, found the garage open and the open car door, he was quite surprised. Even more when he found her on the floor. He immediately called the police who arrived very quickly but couldn't open the handcuffs because they didn't have the right key ! They called the fire department who arrived with tongs to cut her free from the handcuffs. You can imagine what happened on the street this was Crime TV in life !

Friday very early morning the phone was ringing. It was very unusual and I wondered who it was. Then I heard Mr. Gattino saying "yes of course", "yes, I will be there". What had happened ? Jacky had asked Mr.Gattino to act as body guard for his daughter who kept the jewelery shop this afternoon, while Jacky had to drive his wife to a psychologist as she was so much under shock.

I don't know if he did it on purpose or by accident, but Mr. Gattino dressed all in black ! Black pants, black shirt, black jacket. He really looked like a body guard only the dark glasses were missing ! I had to laugh when I saw him going. Mr. Gattino had done so many unusual things in his life (like writing letters for illiterate Italian workers) so that the fact to be now a body guard was quite normal to me. 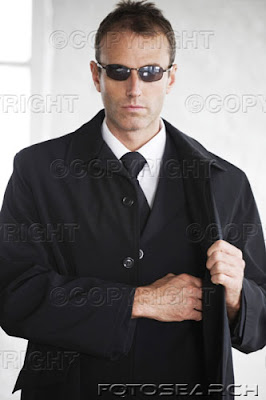 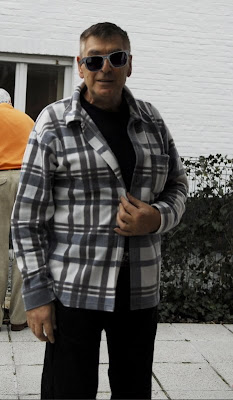 a real and my private Body guard

He spend then the whole afternoon sitting behind the desk of Jacky's office with one eye on the alarm button connected to the police and watched the women who stepped in, to look at rings, necklaces or bracelets. He told me that there were wonderful pieces, apparantly Jacky also creates them himself and that's probably why he is so successful.

To his disappointment nothing happened, not even a saudi arabian princess with two body guards stepped in (that had happened before Christmas) to buy rings and bracelets for an amount of 500.000 € (!!) for her female family members as a Christmas gift. That's probably why the petrol prices increase. 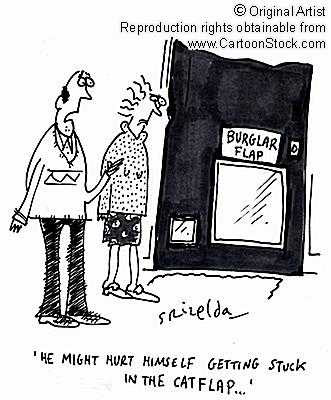 I hope that your friend will recover from the shock.

That's dreadful! My sister-in-law had a similar experience when her husband had a diamond shop.

I can see why they asked Mr Gattino! He looks very much the part. I would feel safe with him around too!

Ohhhhh my! How sad for Jackie's wife.... so I guess Mr. Gattino enjoyed his stint as Macho Man! Eh?

Oh, Mr. Gattino definitely looks the part of a body guard! I'm so sorry to hear about Jacky's wife and hope she is okay after such an awful experience

Oh what a terrible thing, Gattina! I was mugged 20 years ago and it took me some time to get over it. I felt so vulnerable.
Ah, but if I had Mr. Gattino to protect and defend me, I would have recovered much faster! ;~)

So - it's not all champagne and crumpets in Waterloo?? Surprise!! It's not that way in the US either. I'm very glad that Mrs. Jacky is safe and only mentally damaged - you're right she could have lost her fingers...so sad and savage that people will go to these lengths to get something. There is no such thing as easy money. Mr. Gattino looks very tough and scary in his uniform - I would feel safe with him guarding me too!!