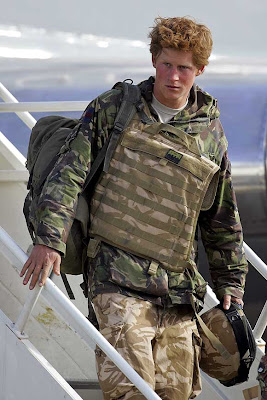 There are no big news this week except that poor Harry had to return from Afghanistan, where he enjoyed exciting holidays. But even the QUEEN had to admit that he put his fellows in danger. Poor Harry is not allowed to do what he wants because of the Paparazzi who want to feed us with news. 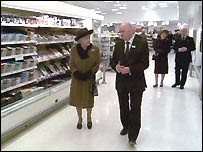 The Queen and her husband the Duke of Edinburgh made a tour through a shopping center and supermarket near their residence the Windsor Castle. As she doesn't push a caddie on this picture I wonder who carries her shoppings ? Philip perhaps ?? 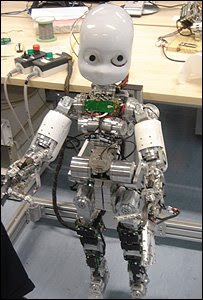 Doesn't it look cute ?? But still a real baby is softer

A university in Devon is preparing to find out if a baby robot can be taught to talk. Staff at the University of Plymouth will work with a 1m-high (3ft) humanoid baby robot called iCub. OK but why do they have to find out ? Can't anybody of these scientists speak baby language ? They must have entered the world as adults. 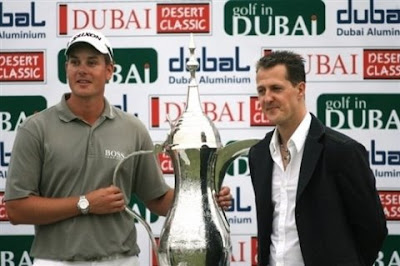 A new skyscraper in Dubai was named after Michael Schumacher. Is he working there now ?? 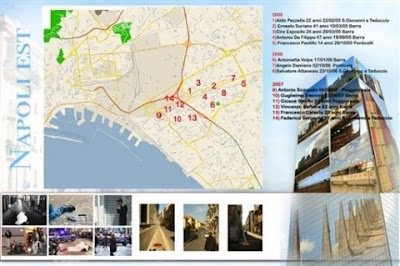 If you visit Naples (South Italy) don't miss to buy the new map of the city which indicates the places where people were murdered by the local Mafia called Camorra, That's interesting ! I wonder if there are still blood stains !
Posted by Gattina at 07:11

Great list of news. Last night we had a documentary about the British Royal family on our TV. Very interesting. I think the Queen and I could be great pals. Should I write her and ask? LOL!!

Didn't know Schumi had a skycraper named after him!! is it red? lol!

Interesting news. Imagine a skyscraper named after MS. He must really be well loved there.

Just today I saw that they have one of those new pet robots. This time it's a little baby dinosaur like that robot dog. You can stroke it and cuddle it and teach it new tricks by downloading some programs. It even gets excited (like a real dog) when it sees you because there's a camera installed in his eyes, connected to the his CPU.

I'm just glad to see the Queen is WELL dressed when she goes grocery shopping! And of course no cart! That would ruin her ensemble! :)