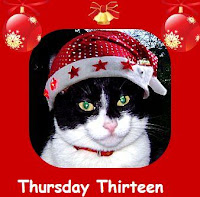 1. The one thing women don't want to find in their stockings on Christmas morning is their husband."

2. Christmas is a time when everybody wants his past forgotten and his present remembered. What I don't like about office Christmas parties is looking for a job the next day.

3. Christmas at my house is always at least six or seven times more pleasant than anywhere else. We start drinking early. And while everyone else is seeing only one Santa Claus, we'll be seeing six or seven.

4. Santa Claus wears a Red Suit, He must be a communist. And a beard and long hair, must be a pacifist. What's in that pipe that he's smoking?

6. I once bought my kids a set of batteries for Christmas with a note on it saying, toys not included.

7. Let me see if I've got this Santa business straight. You say he wears a beard, has no discernible source of income and flies to cities all over the world under cover of darkness? You sure this guy isn't laundering illegal drug money

8. Santa Claus has the right idea. Visit people once a year

9. How do you know Santa has to be a man?
No woman is going to wear the same outfit year after year..

10.The Supreme Court has ruled that they cannot have a nativity scene in Washington, D.C. This wasn't for any religious reasons. They couldn't find three wise men and a virgin.

11. What do you call people who are afraid of Santa Claus? Claustrophobic.

12. Anyone who believes that men are the equal of women has never seen a man trying to wrap a Christmas present

13. From a commercial point of view, if Christmas did not exist it would be necessary to invent it.

I have got these 16 awards from my blogfriend Sanni at Coffee 2 go and thank her very much. I framed them together otherwise I would have to have opened a new blog ! 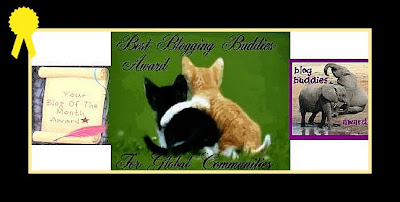 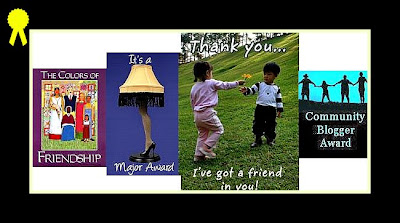 and I feel that I should honor her with this award !

Those quotes are lots of fun! Thanks for the midnight fun.

You deserve all those awards.

LOL. I love the one about Santa doing illegal business. Hahah. Nice ones. Congratulations on the awards, and what nice Christmas layout you have :)

I used the claustrophobic joke this week too!
Happy tt!

Wonderful! I am doing my Christmas 13 next week!!!

Great quotes and congrats on the awards. Happy Holidays!

Funny quotes, Gattina! Thanks for the laughs.

My TT post is up at Answers to the Questions

As always, Gattina, you are so funny you make me snort coffee on the computer monitor. Loved the quotes. Let's see if I can make your comment register me.

Nope, I still have to type the whole thing.
This Eclectic Life
I hate the new Blogger feature that makes me have to type all this code! It's inhospitable.

Haha, those are too funny!

Those are really great. I want to try the batteries, toys not included one on my kids!

Thesee´are lots of fun. Especially the stockings and the wrapping paper.

Funny quotes, and congratulations on the awards.

Hi Gattina. Those are really funny quotes. Amazing how you gathered them all.

My son has a long list of toys he wants for Christmas. Maybe I should think of that #6. Ha ha!

Congratulations on all those blog awards!

Who said all that stuff? I love the line about hating office parties because of looking for a job the next day.

so many awards! Nice x

Happy TT - made me laugh

LOL! I'm going to try that battery thing this year!

Great quotes. Some very funny ones! I loved your pictures of Egypt..thanks for sharing!

Those are very cute! Happy TT a day late... I'm catching up today!