WHAT HAPPENED ON MY BIRTH DATE ?


The charming but sadistic Mrs. Lifecruiser, who knows that I am not so keen of being tagged did it anyhow and all the other A-cruise members too ! So I had to look up in Wikipedia to see what happened on 2 x 4 of July = 8 July !

The result was : nothing special ! I choose a boring day to get out and discover the world ! Besides maybe the people who died that day at least two of them I know !

1099 - First Crusade: 15,000 starving Christian soldiers march in religious procession around Jerusalem as its Muslim defenders mock them.
That hasn't changed much there is still war in that area, a little different of course but still not a quite place to spend holidays there.

1947 - Reports are broadcast that a UFO has crash landed in Roswell, New Mexico.
Now I wonder why no others have crashed these days ? Don't they like us anymore ?

1982 - Senegalese Trotskyist political party LCT is legally recognized.
So this may be very important, but it hasn't changed my life (yet)

1941 - Dario Gradi, Italian-born football manager.
Again for the name because it's my son's name 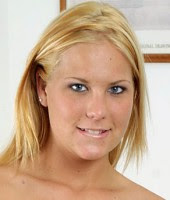 1983 - Elizabeth Del Mar, American pornographic actress.
She must have been hot to get into Wikipedia (no nude picture available)

1971 - Jim Morrison, lead singer and songwriter for The Doors (b. 1943).
I liked him very much and visited his grave in Paris

I must admit I was disappointed I thought that day many important things had happened ! In fact only one ..... I am here ! (I told you my second name is Modesty)

And to complete my duty to Mrs. Lifecruiser I even added my love life !

What Does Your Birth Date Mean For Your Love Life?
I herewith tag those who wants to be tagged !

Happy belated birthday to you. I haven't posted anything yet. I haven't been feeling well, under the weather so to say. When, I get my photo hunter post up I will be back to link with you. Have a wonderful weekend.

I had to do mine too of course, just to show you my good will since you did the meme:

"OCtober the 5th: People wouldn't take you for a passionate person - and that's where they'd be wrong.
You can develop deep emotions quickly, and you're the type most likely to move in with someone after a few dates.

Number of True Loves You'll Have: 5

Number of Times You'll Have Your Heart Broken: 5

Comment: Not true, Never. Only Mr L can break my heart and he won't do it :-)

You are most compatible with people born on the 5th, 14th, and 23rd of the month".

Oooh, that is so interesting, I might have to have a go at this meme soon. Thanks. Oh, there are so many interesting things on yours.
Have a great weekend.
Take care, Meow