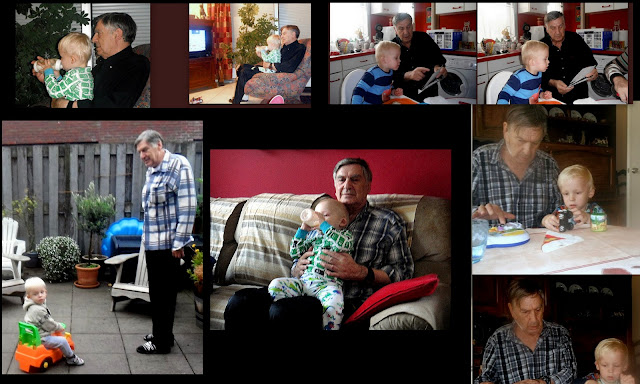 Sunday it was half a year that he is gone forever. These were happy times !

I didn't feel well on Saturday, I saw everything black, it's been half a year since Rick died and I felt pretty depressed. But then Maria arrived and told me that she will be grandma to a little girl, and she was so happy, because she had already two boy grandchildren !

Luckily one of the new friends called me and asked if I wanted to go out with her and for lunch and eat mussels. I wasn't hungry, but it sure did me good to go out. And that's how it was, I even did the shopping before I went home.

Sunday it was again so unusually warm, 22°, what a luck for the children who are on school holidays for two weeks ! Lots of people went to the sea which is only 150 km away. 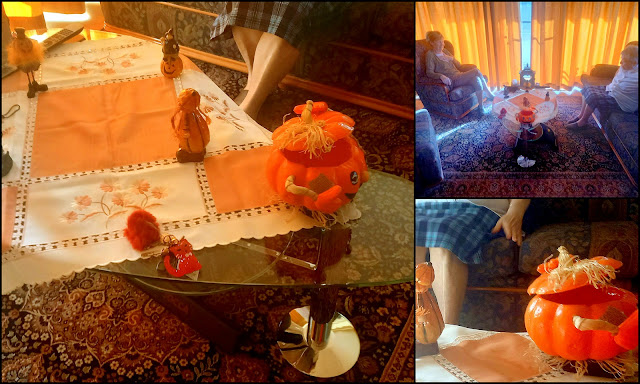 The neighbor who lives in the same apartment as me but on the second floor had invited Louquette and me for a coffee. That was funny to be in the same apartment which looked a bit smaller because she has so big furniture in it. To my surprise she had decorated her table with Halloween things and she said she liked it and had done it for herself and not for her children she has three but already 50 years old !

I learned a lot about the building, she lives here since it was built and knows all stories and the history of the building.  Her name is also Nicole and her husband lived with her here but only 6 years then he died. For 15 years he was in a a deep depression and nothing helped him. How awful. 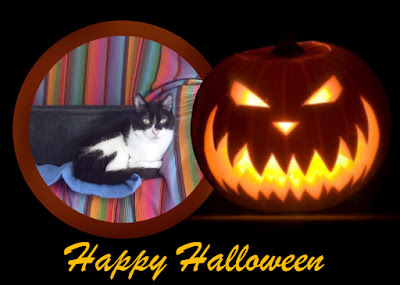