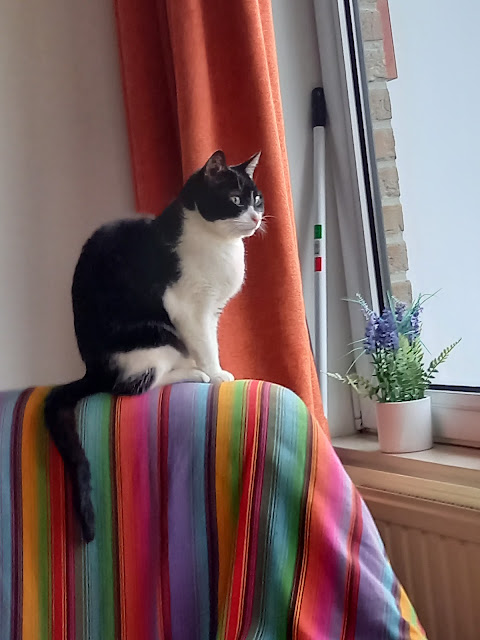 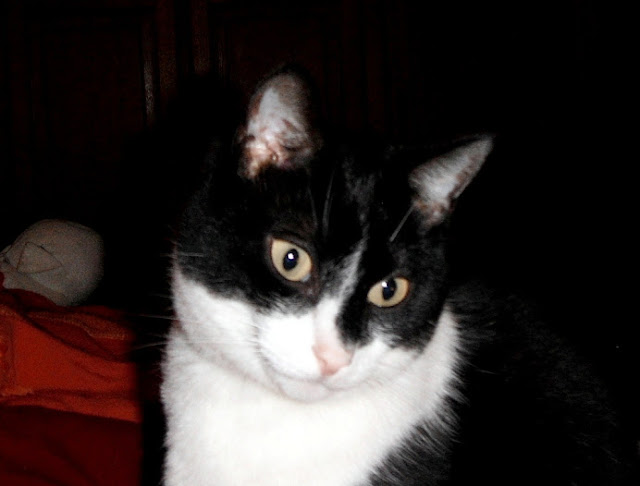 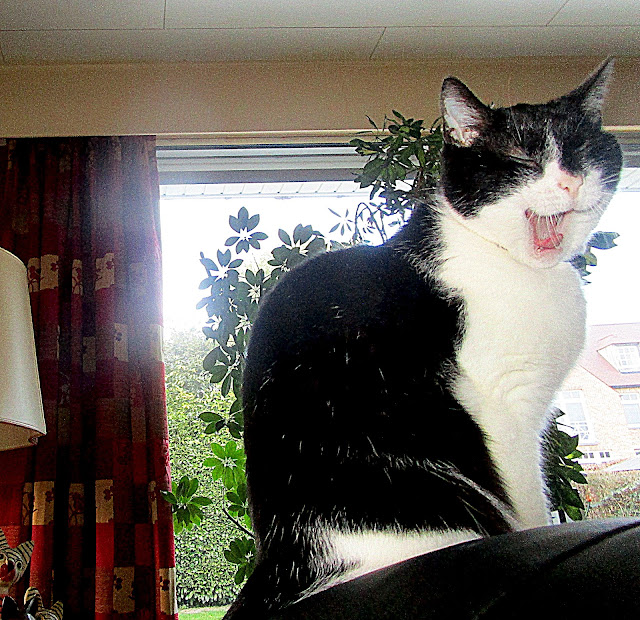 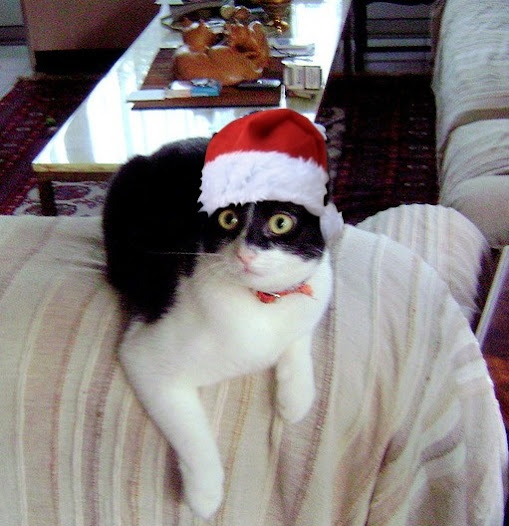 On Saturday I went to see Rick and bring him cheese cubes, little pancakes and wafels. I was happy that he had asked for food, it was a long time he didn't eat anything extra besides little fruit cubes.

He was not feeling well and my mood sank, I was so sorry to see him in this state, of course I tried to cheer him up, but unfortunately he didn't understand anything anymore.

Finally, I said goodbye, quite stressed, and drove home straight away, although I had the intention  to look for some  presents but I had lost all desire. Hopefully he is not like that when we celebrate Christmas together in his residence. I had booked for the five of us and when I read the menu I found it very good at least on paper, because the Frenchs always give such pompous names for food, such as : A sunny eye surrounded by a white aura, which in reality is a simple fried egg !

Our menu will be

- Paté in a superior crust of deer with figs

On Sunday sun was announced by the weatherman, but a the foggy, humid weather was the reality ! 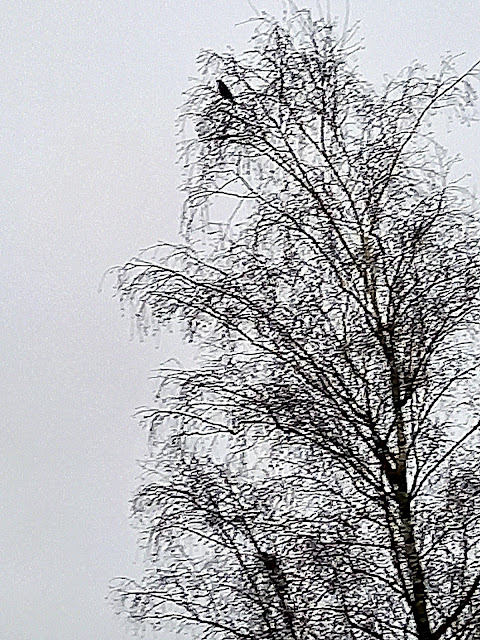 Not really a weather to go out ! I finished the Christmas decoration at least I tried, but gave up I was too nervous to put the garlands around the plants and little Christmas tree. 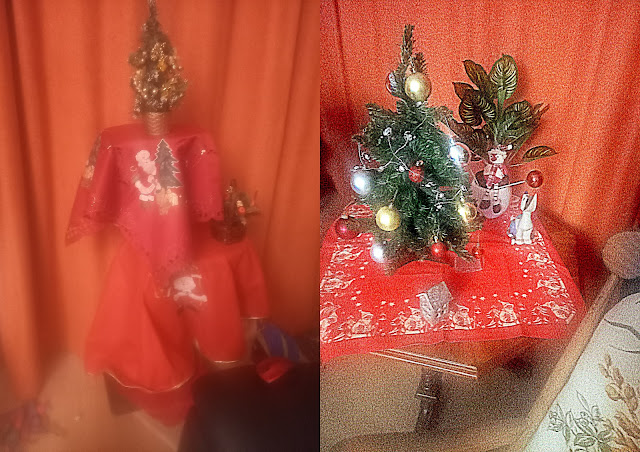 On the left is Rosie's Scratch post, she still can scratch behind so it doesn't bother her and on the right my mini Christmas tree. At least we have a place to put the gifts not under but besides.

In the afternoon I wanted to take some pictures of the Waterloo Christmas market, I could even walk there which I did. I arrived breathless and had to sit down. I hadn't realized that the humidity would affect my breathing so much. I quickly took some photos and slowly walked home. Fortunately we don't have to wear a mask outside because with that on the nose it's also difficult to breath. When I arrived at home, I just took my coat off and fell on the sofa to get my breath back. Since Rick is so sick my lung problems have aggravated.

To end the day and recover I watche the movie "Rocketman" which tells the life of Elton John. A very good film ! 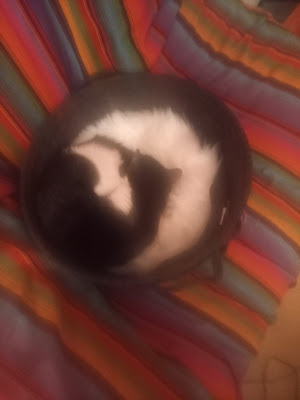 Rosie had compassion with me and slept the whole day as usual. If only we could exchange from time to time.