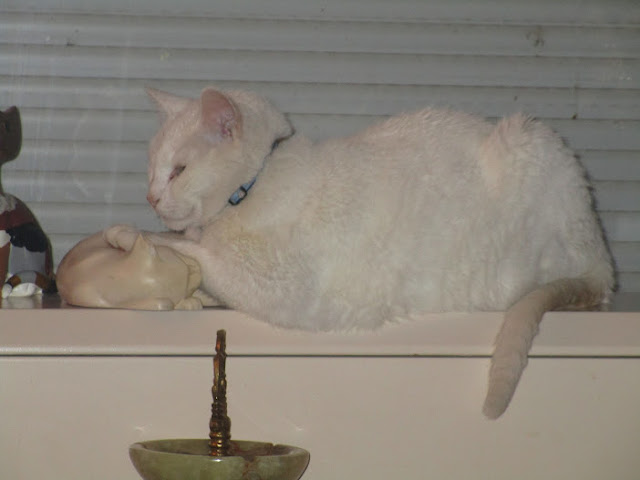 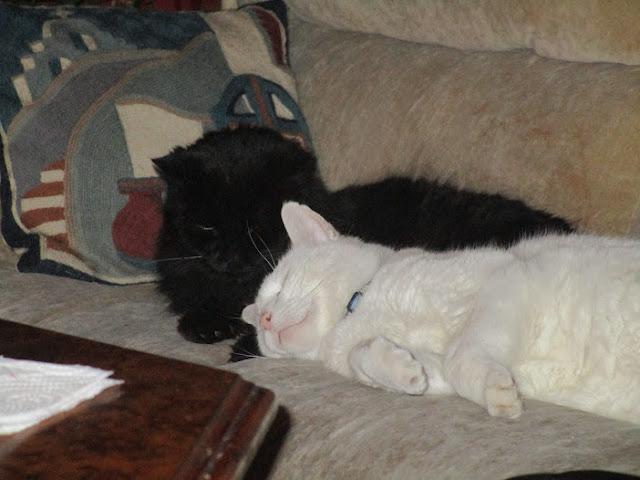 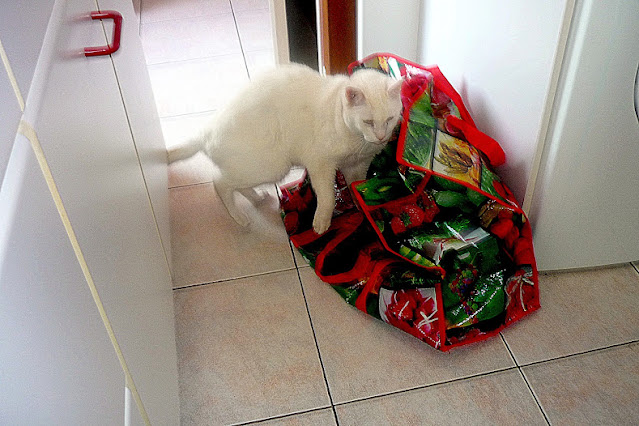 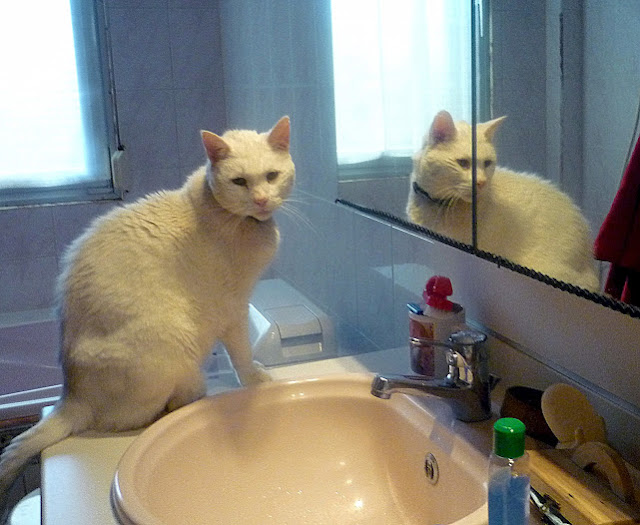 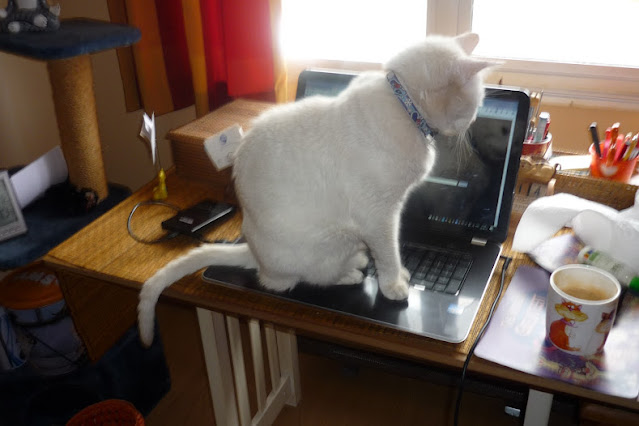 My cat Arthur who shared my life during 19 years

This must be the last weekend of November and hasn't been better then all the others before ! Cold, grey, humid, with maybe two exceptions.

Lots of retirement homes are closed due to the new virus variant which South Africa has kindly send us over with a lady coming from Egypt ! I start to be jealous, the virus travels all over the world without any restrictions and I am not allowed !

I found Rick in his bed as usual, he still can't get up, but he has good appetite ! He ate two packets of fresh ananas cubes (2 x 250g) three Brownies and a Banana ! That was a good sign, that he asks for fruits and cookies.

That took me the whole afternoon, anyway there were so many people underway that I didn't want to go into a shop ! And I start to believe that cars get babies, because there are more and more and the center is completely congested ! Fortunately I know all little streets to avoid the main streets.

I don't know if I am old fashioned but the speaker at the Television is always uncombed ! I mean even if he has curly hair he should choose another hairdo ! It would have been impossible even only 10 years ago that a Television speaker as kind and friendly as he may be, would appear in front of the camera unshaved and uncombed. That's called "cool" probably. 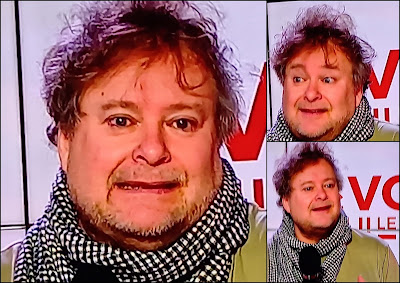 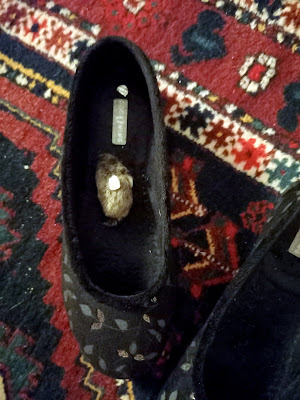 On Sunday morning when I wanted to put on my slippers I saw that it was already occupied ! Cat Rosie had put her toy mouse as a morning gift in my slippers ! Isn't she a caring cat ?

In the afternoon we had our first neighbor meeting in my appartment. We were three, one living on the third floor and Adeline and I on the forth. She immediately adapted herself to the two of us and we had a very nice afternoon talking about our travels we all had travelled quite a lot, our husbands, Louquette (the new one) had lost her husband 4 years ago he also had Parkinson. We also had a discussion about religion and to my surprise I learned that Joe Biden is the second catholic president of the States !

Here as everybody is anyway catholic, this had never been a question.

We promised to help each other and I was  already hired as driver. Except Adeline who is 84 Louquette and I have the same age. Adeline never learned driving and Louquette only drives in short distances. 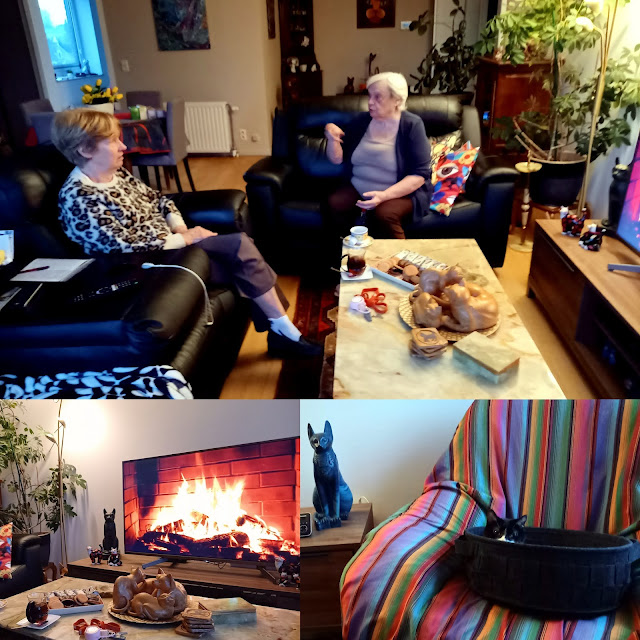 and here we are I even had light a fire in the TV ! Makes the room warmer, must be psychological.

Due to the still present Corona Virus, my other friends have left our little Scrabble group, Nicole is getting more  and more sick, and Chantal went to Egypt, unvaccinated ! She does keep to her wish even if she can't go out at all, everywhere the Covid Safty ticket, as it is called here is requested 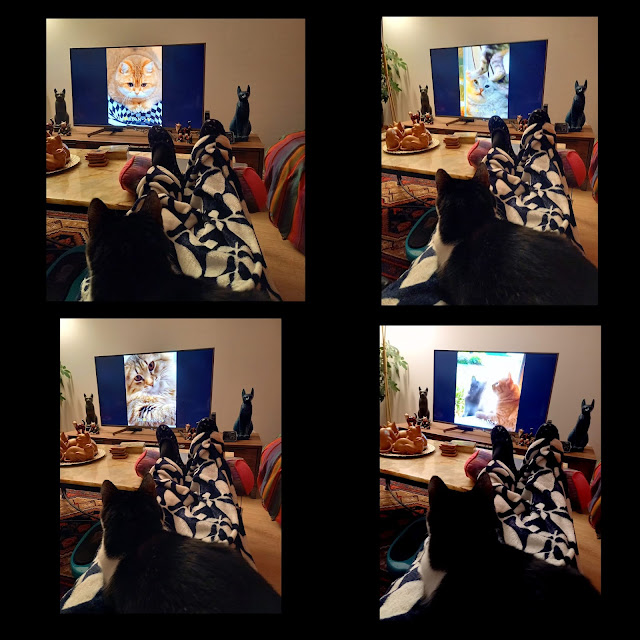 After this nice afternoon Rosie and I watched some funny cat videos before we both went to bed !