BAD BREISIG ALONG THE RHINE

When my father retired he choose to go back to Germany to the region of Bonn which had been the capital of Germany until the wall fell.

He choose the part between  Cologne and Coblence and they moved into the little town, rather a village called Bad Breisig, which was a thermal city.

My parents died in the 1990th and I had sold their house. It had been a long time that I haven't been back there, because I strictly know anybody there. They were all friends of my parents and had also passed away or had moved. I took a friend with me to show here the region where I have lived most of the time I spent in Germany and that was Bonn, which was only about 20 km from Bad Breisig.

Below you see the part of the Rhine 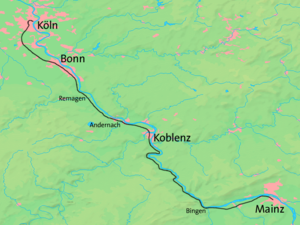 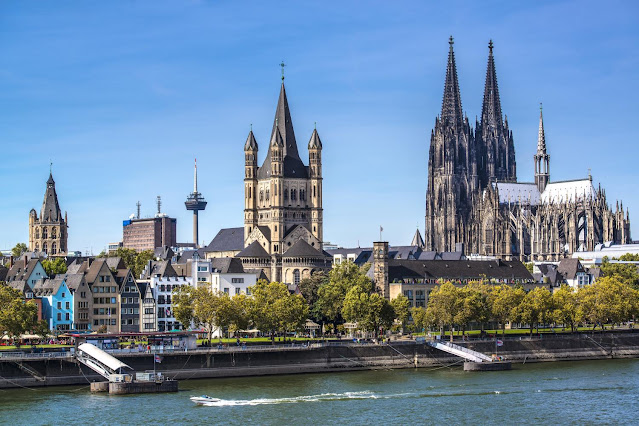 I just give you an idea of what you can see if you take a cruise on the Rhine from Cologne to Coblence. 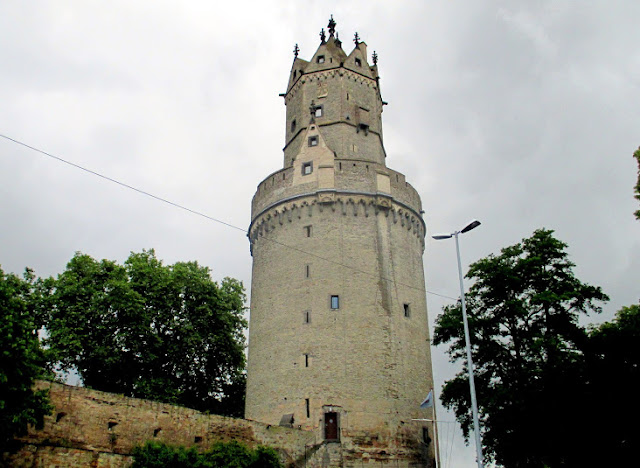 There are many castles sitting on the mountains along the Rhine 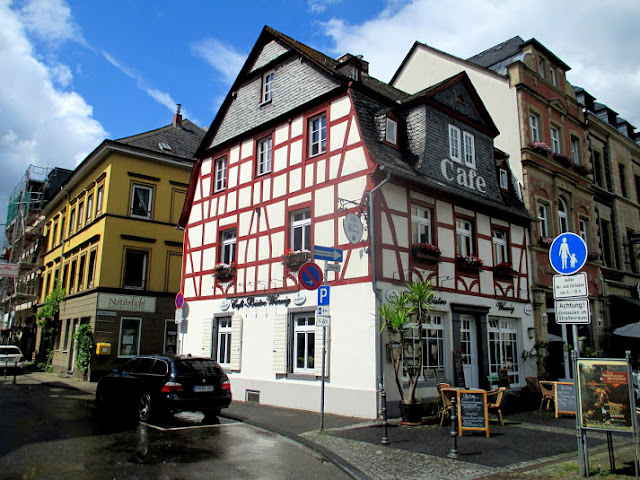 The whole area has only timbered houses, only new once are not timbered 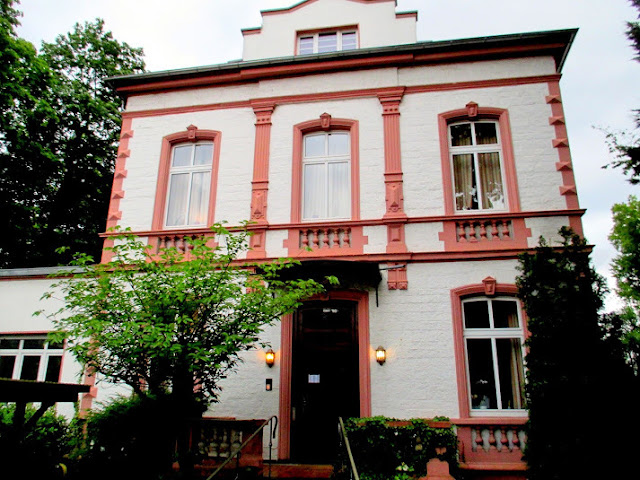 This had been our Bed & Breakfast, it was an old mansion which had belonged to a Doctor.The new owners had transformed it into a B&B and we liked it very much 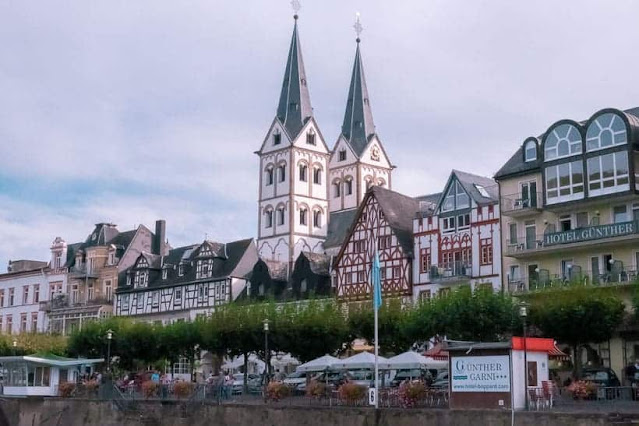 all along the Rhine the riverside looks like that 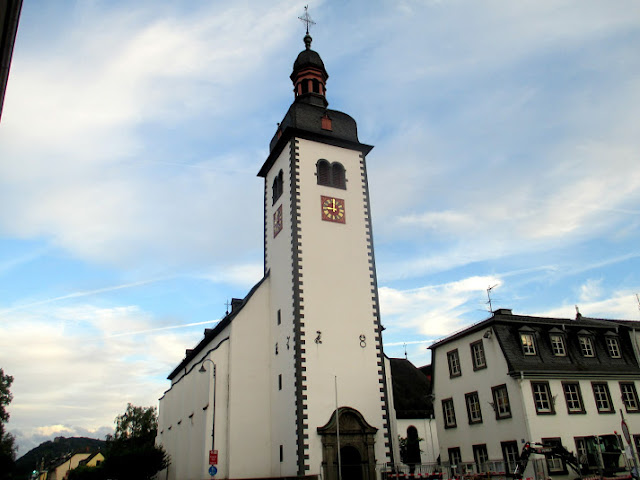 The catholic church in Bad Breisig 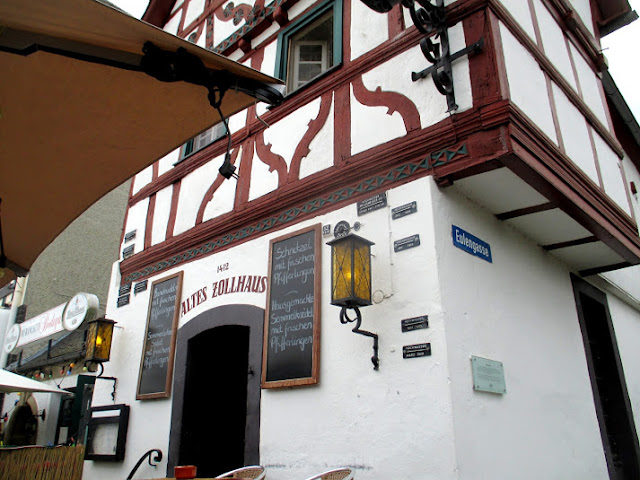 Sometimes the Rhine goes out of his bed and floods over the whole riverside until into the city. On this hous the dates are written, how high the water was, nearly up to the door But the people there are so used to flooding that in a few days everything looks clean again. 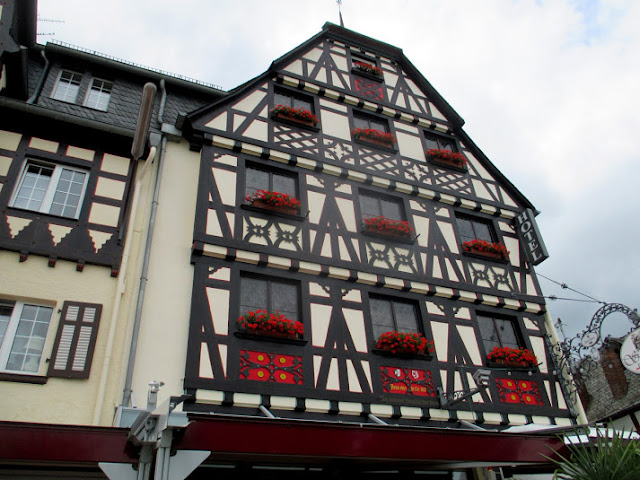 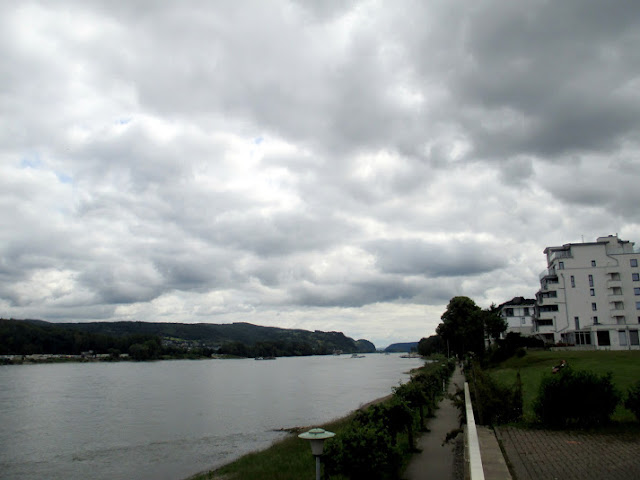 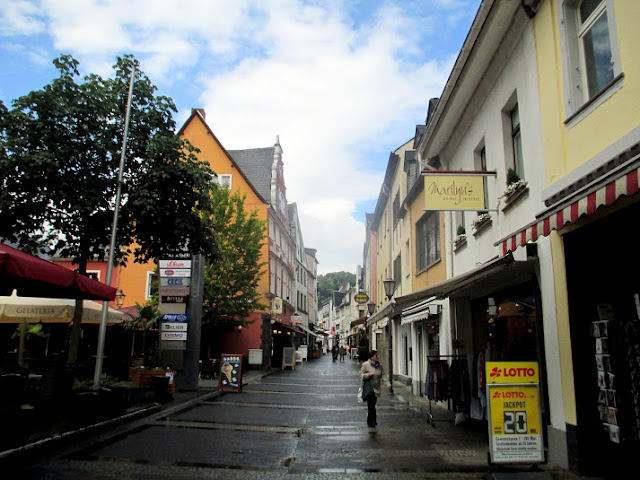 We stayed there for three days, unfortunately we weren't lucky with the weather it rained each day ! Or in the morning or in the evening and for a month of July it was rather cold.

I start to feel like an old grandma who lives in her memories and looks in old photo albums to remember how nice it was when you could take your car, bus or train or whatever and go wherever you wanted to.

Labels: Along the Rhine, Bad Breisig, Our World

Would we have sailed past Coblence on our way from Cologne to Amsterdam? I don't remember it and it looks so nice.

Fantastic Tour. I enjoyed, thank you for sharing.

Majestic. I love those cottage-like designs on the houses, but don't know what it is called.

Your pics take me to virtual travel. Thanks for sharing.

There are some beautiful towns along the Rhine, would love to do a cruise there.
My daughter lives in Cologne, which is a beautiful city. We lived in Germany for 6 years and left in 1990, but we lived in the north.
Hoping to visit my daughter next year once Australia opens its borders.

Interesting.
Coffee is on and stay