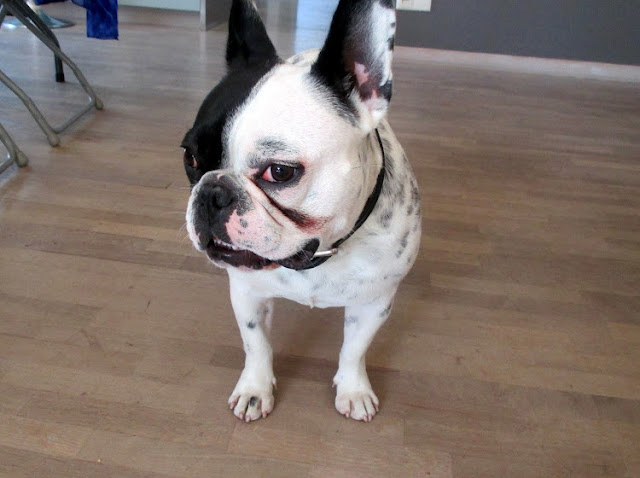 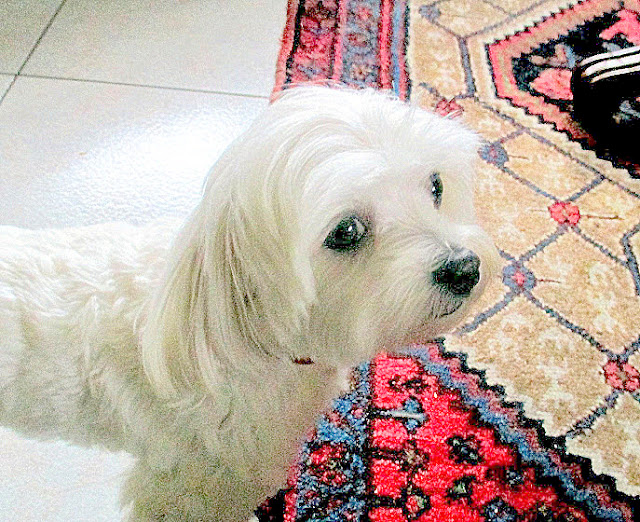 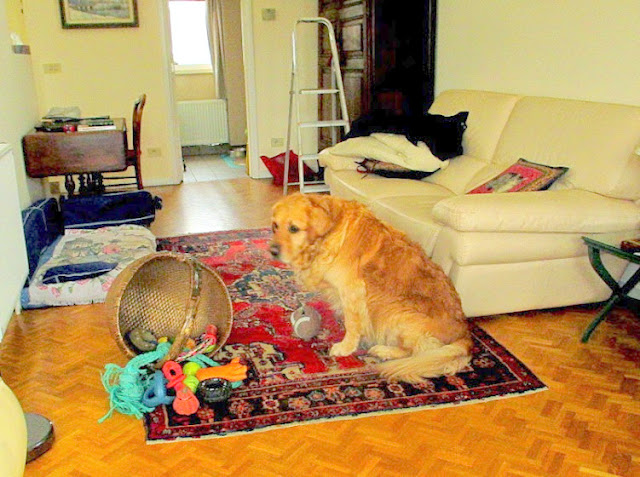 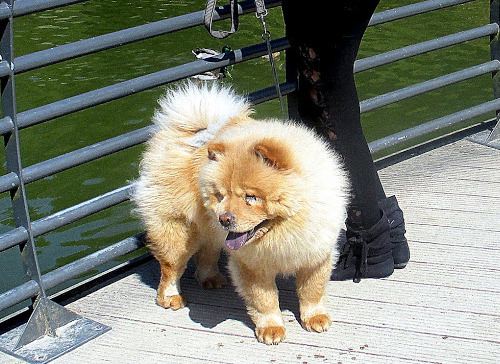 When my cleaning lady arrived at 7.30 on Saturday, I had difficulties to open the door. When she arrived she told me that somebody had broken the glass of the  entrance door and all pieces were laying on the floor. Later when I was dressed I went down and met other 5 people from the building apparently at 5 am 3 youngsters whose parents are on holidays had played there, I wonder what and had made such a noise that the people on the first floor called the police. They arrived with (only) 5 cars and took the boys with them.. I have never seen them but apparently they come when the parents are on holidays and squat the apartment just above ours ! Once I had heard them and wanted to calm them down at 3 am, but they had  stopped. And this night when so many people were around and made a lot of noise I slept peacefully and hadn't heard anything ! I hope they get a nice fine, which the parents have to pay, but unfortunately that doesn't bother them when they have a lot of money. I always think instead of letting the parents pay they should collect garbadge or clean the parks ! That's more intelligent and leaves them less forces to commit stupid things.. 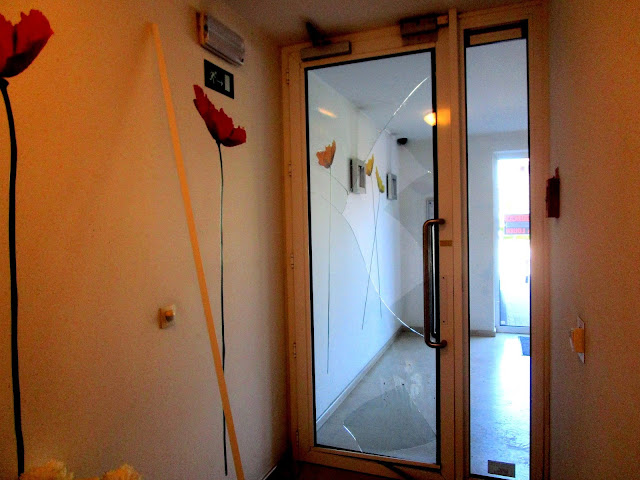 In the afternoon I went to the hospital to pick up Mr. G's dirty laundry and bring new once. Of course I am not allowed to see him all I see is this door which now I know by heart 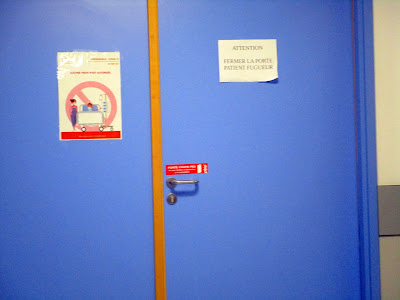 On the door is written : Please close the door patients run away  !

When I had gotten my bag I wanted to return to the exit and of course got lost. This hospital is so enormous and there was nobody around to ask. So I tried to remember how I had come but with my sense of orientation I finally landed at the mortuary ! At least there I found a male nurse who showed me the right way. I was completely exhausted when I came home !! My pedometer indicated 2 km !!

The rest of the day I looked a bit through Mr. G. papers and got a nervous breakdown or almost, I found a whole pile of reimbursement slips from the health insurance ! They owe me quite a lot of money. He had forgotten and I hadn't checked. On Monday I'll go and get the money back !

Sunday was very sunny and when Myriam came in the afternoon, we could sit outside on the balcony it was almost too warm and we had to put T-shirts on ! 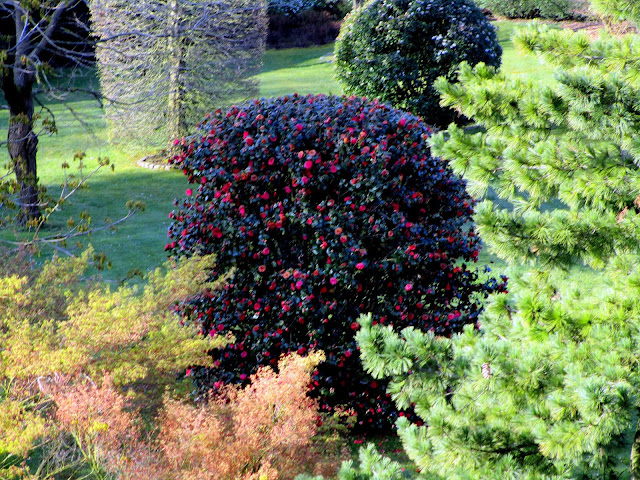 In our neighbor's garden it starts to bloom and it looks so beautiful ! We solved the problem of  the whole world or nearly and had a very nice afternoon and another weekend went by !