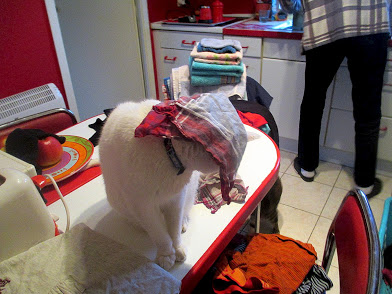 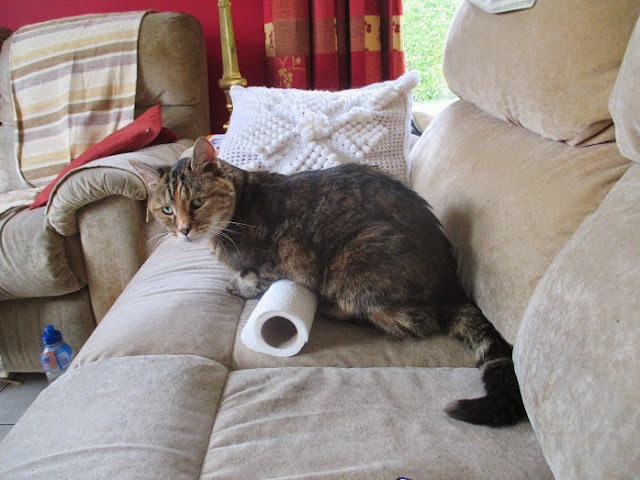 This is my roll ! 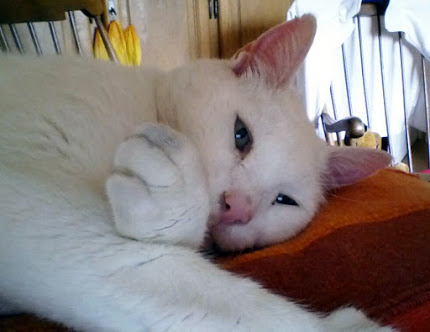 Except that my cleaning lady came on Saturday and put the apartment upside down, nothing special happened, poor Mr. G. stayed in bed until his room had to be cleaned and poor cat Rosie, hid as soon as she appeared ! Both were happy when she was gone.

The afternoon it rained and rained and it was cold, not very encouraging to go out. What did we do ? We watched TV and from time to time we answered the phone. Mr. G. was busy to learn the use of his new mobile, which made him angry because he didn't understand immediately. Never good to explain something to a close person !!

Sunday this beautiful weather continued and when I called Myriam she told me that she was emptying her swimming pool a bit because there was too much water in it ! I hadn't even relealized that it had rained during night and looked outside in Rosie's bowl and said, ah yes it rains, then we both had to laugh it seems that we have the first symptoms of crazyness due to the lockdown, to compare the tiny little bowl with a swimming pool just to see if it rained or not ! 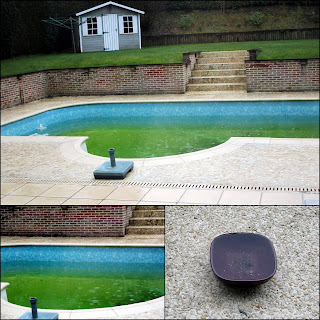 Scientific comparison, does it rain or not ?

Nicole's cousin had again baked a cake for her with cherries and whipped cream, and she took it along to Myriam where we had our "Lockdown babble meeting". The cake was delicious. After that we had a lot to chat and the afternoon was quickly over. When I returned it rained again cats and dogs.

Cold and rain is really only good for one thing, sleeping/napping. Hope you get some sunshine this week.

I enjoyed the cat photos, they are such cuties.

Awww on the kitties. They are most entertaining. I so remember.

Looks like you had the same kind of weekend we did. Lots of rain and we stayed in. We didn't have cake though.

I don't think you're the only ones who have to check water bowls to tell if it rained or not - we're living in strange times.

Yes the weather is not helping during these lockdown times. Cute cat pics :)

My babes tend to freak when I clean...not sure what they would do with a cleaning lady...lol

The cats are adorable!
I suppose that the cleaning lady and those who employ her have to wear their masks, unless they keep to separate rooms or proper distancing.

No rain here so try to blow some of it our way. We've barely had a winter. But I seem to say that every year. Hope Mr G is not too frustrated. I am not very patient with new gadgets either.

The cats are darlings.

Mom and Alex cleaned the house yesterday...it was cold and raining, but us boys went outside, then when Mom put the rugs on the railing we came in and went down to the man cave and sulked! We hate cleaning day too! we loved all the cat pictured! Thanks for sharing and have a marvellously Happy Day!

Darling kitties and yes we are having buckets of rain- better than snow!