HOW TO PACK A SUITCASE

Going on holidays involves packing of a suitcase, I mean at least one. In the past I prepared the suitcase several weeks before departure for the three of us. Then I thought that's stupid because each time one or two days before I unpacked everything, because I didn't remember what I had put in the suitcases.

Meanwhile I have learned to make my life easy. I prepared a list with all things I have to take with me and one day before my departure I pack my suitcase and cross out the item I had put in. This way the suitcase was quickly packed, but I still managed to forget a little thing, but as I never went camping in a completely isolated place, I could by the missing thing in the next shop.

I stated that from my friends everybody has his own way to pack ! One starts (really !) three months before departure, packs, unpacks, change clothes add things, take things out and is a nervous wreck when finally the day of departure comes.

Another washes everything and the night before departure throws what she thinks she would need in her suitcase and if she misses something, she says "I am not going in a desert".

Then I have one who irons everything possible and wears only clothes she doesn't take along. She even irons her socks and underwear. On her list is written where to put the underwear (left side) the pullovers (right side) above thinks which could wrinkle and of course her iron ! She also takes shoe creme with her (and wears sandals) and a whole pharmacy as if we would go in the jungle from Aspirine to anti itch, everything was there except a blood reserve.

I also once travelled with a friend who was so tired before leaving that she had packed 10 pairs of socks, forgotten her underwear and onlyhad one cardigan and a bath suit. And she wondered that her suitcase was so light and empty. She had to buy the things she needed once we had arrived. 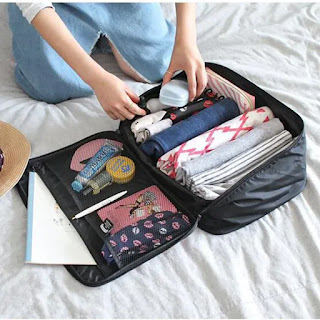 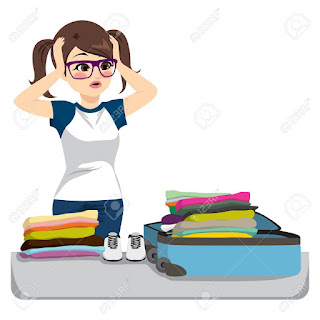 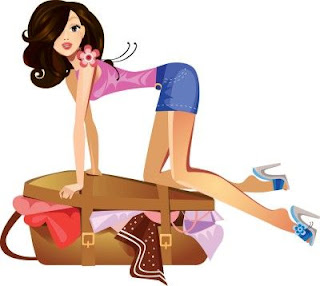 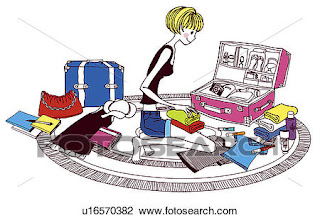