A few years ago I did a coach trip around Greece, only the mainland not the islands.

We visited the place where archaeologists supposed, the Trojan horse has stood. If there really was a Trojan War (or several), then there must have been a Troy. There was — actually, there was more than one.

Today, the spot is known as Hisarlik, and it can be found atop a large mound in western Turkey. But there isn't one city beneath that mound. There are at least ten. 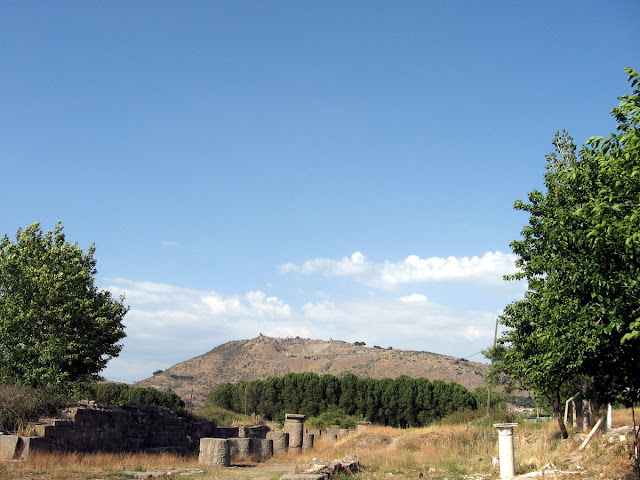 The landscapes were wild and beautiful and remains of colons built by the Greeks could be seen all over the place. 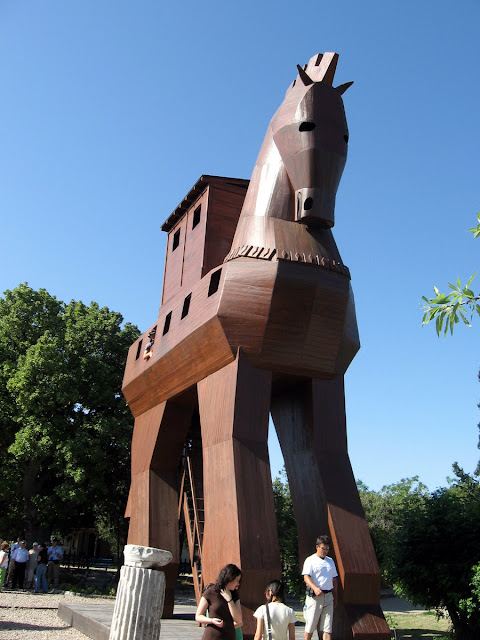 And then we saw the famous horse in which 30 Greek soldiers were hidden from the Turks. Of course it was newly built, as it is not 100 % sure that the horse ever existed. 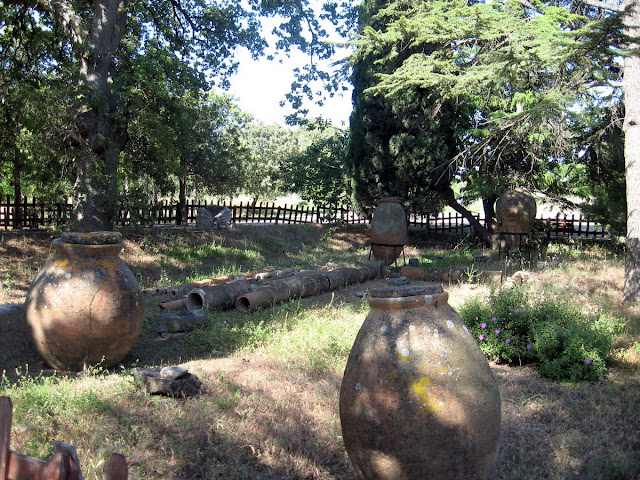 We walked around the site and looked at what was left over from the town or towns. 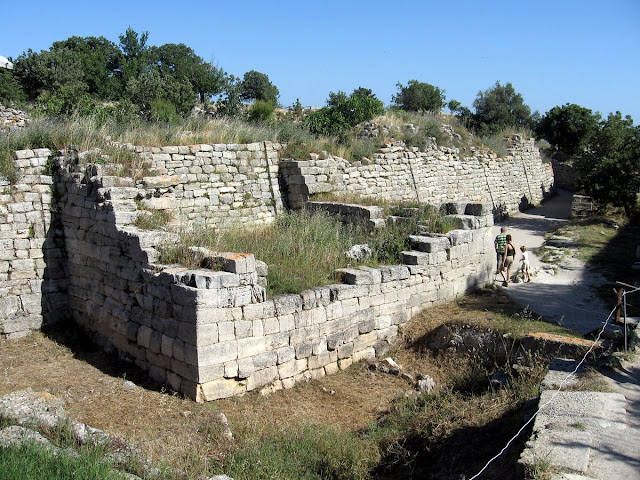 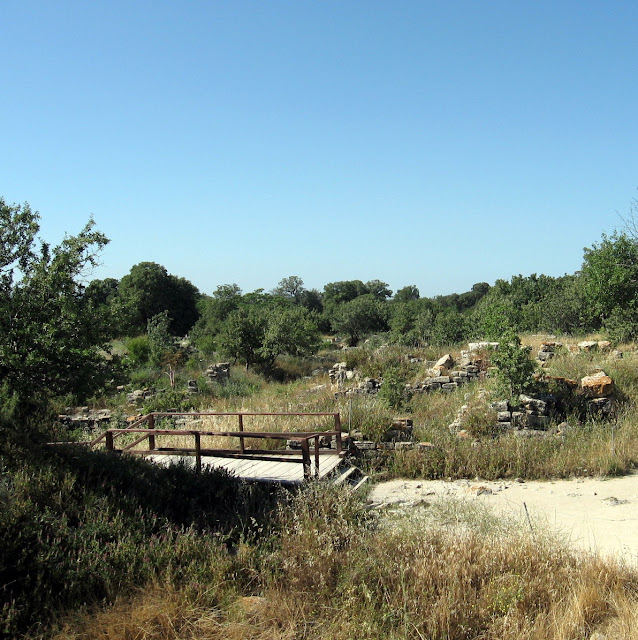 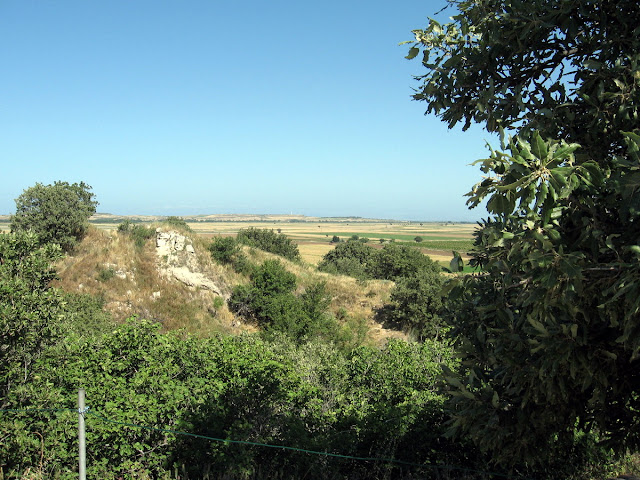 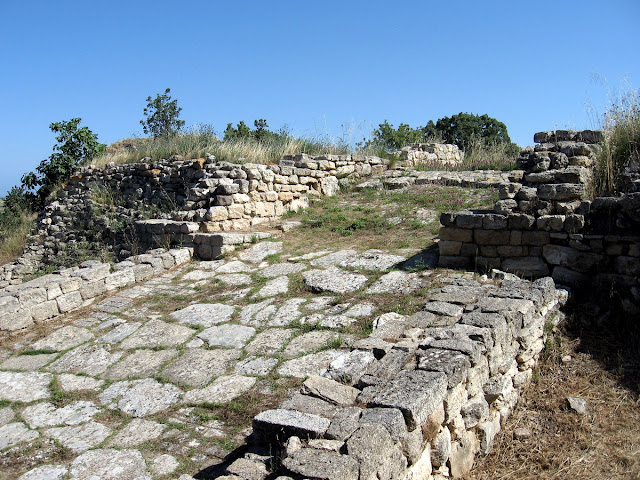 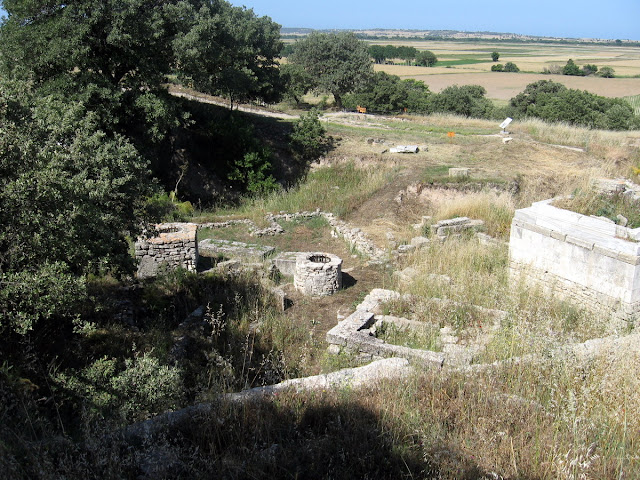 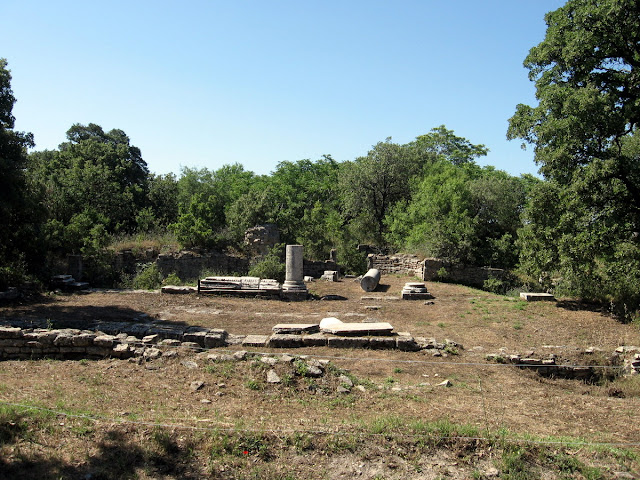 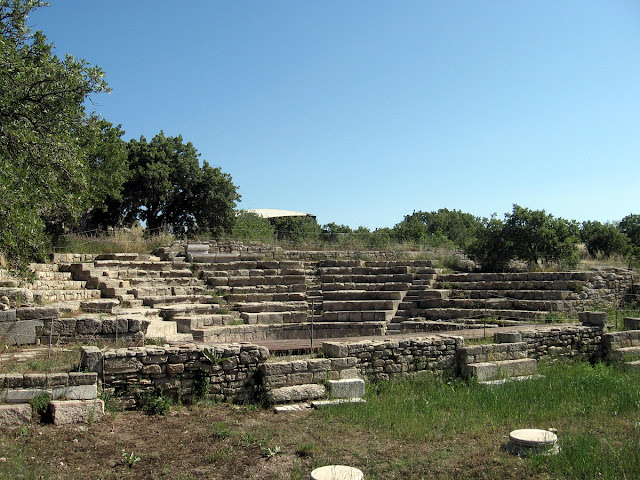 Labels: My World, The Troyan horse