A SPECIAL STREET IN BRUSSELS

The rue de Brabant is behind Brussels' North station and is the third commercial artery of Brussels. 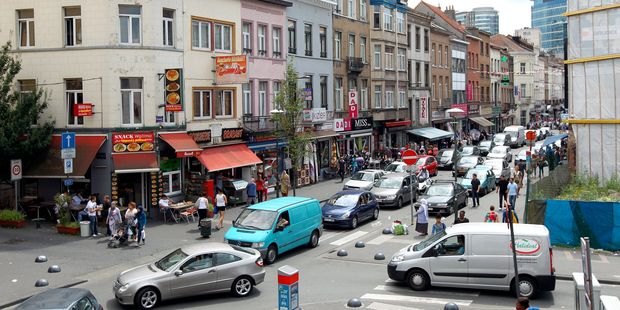 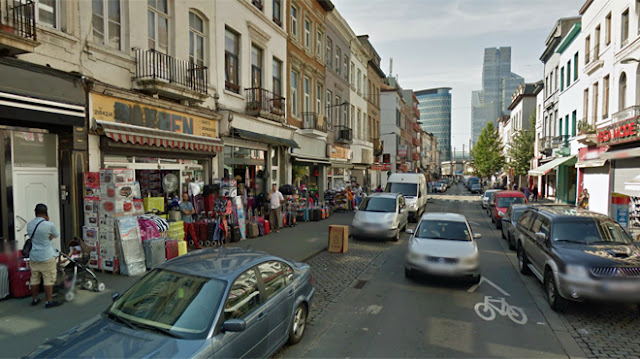 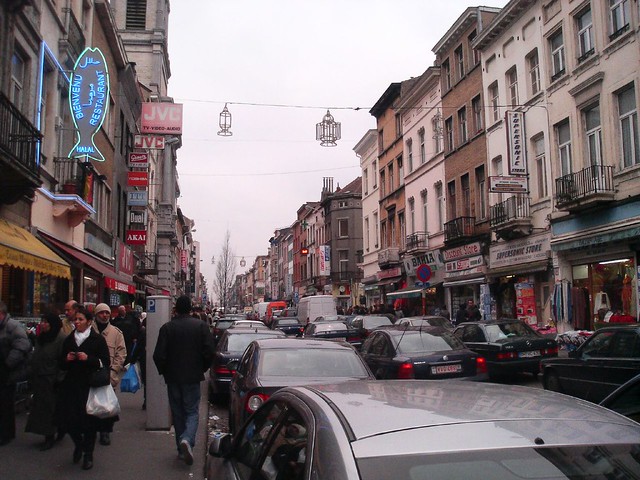 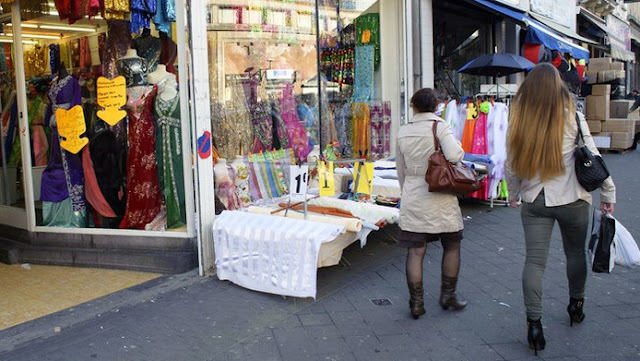 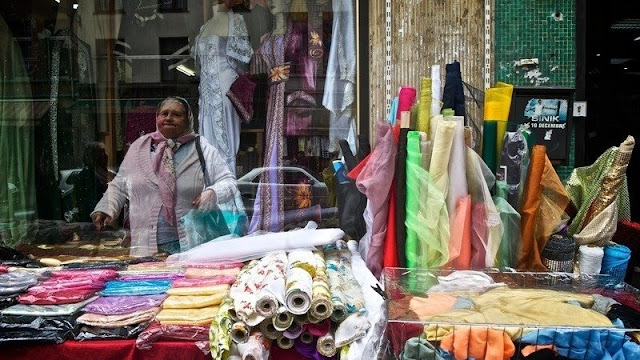 I couldn't find out when exactly the rue de Brabant developed its "Shopping Mall" aspect, with the difference that the around 240 shops are all side by side in an open street and not covered. There are only shops no private houses, except apartments over the shops. Each day there are an average of 25000 pedestrians going through this street. Why does Rue de Brabant attract so many people? Because there is an impressive diversity of oriental products. Food, fabrics, furniture, spices, accessories, gadgets, but also objects made in Africa or the Middle East impossible to find elsewhere to very cheap prices. The shops are open all the time, not closed on Sundays or official Holidays which is not the case of the shopping malls still closed on Sundays in Brussels. 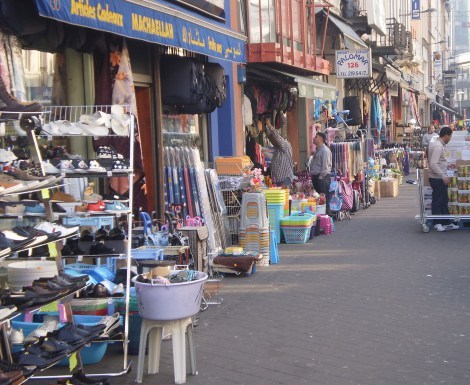 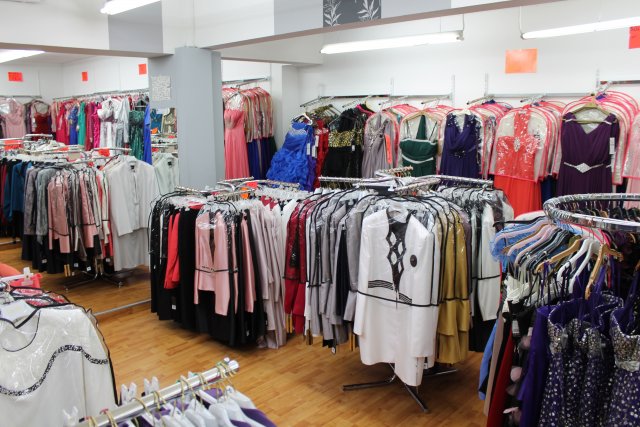 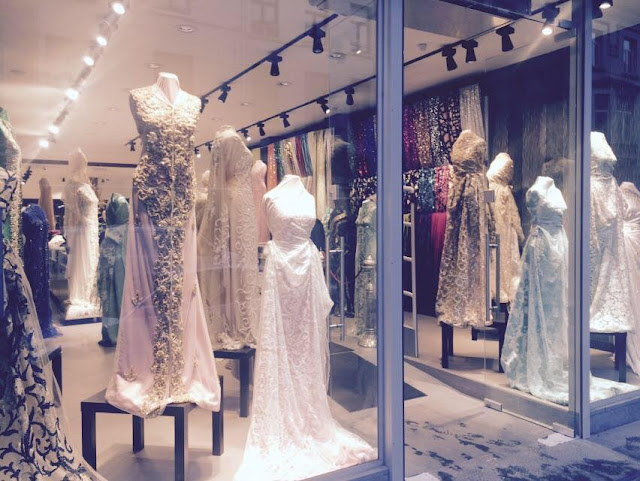 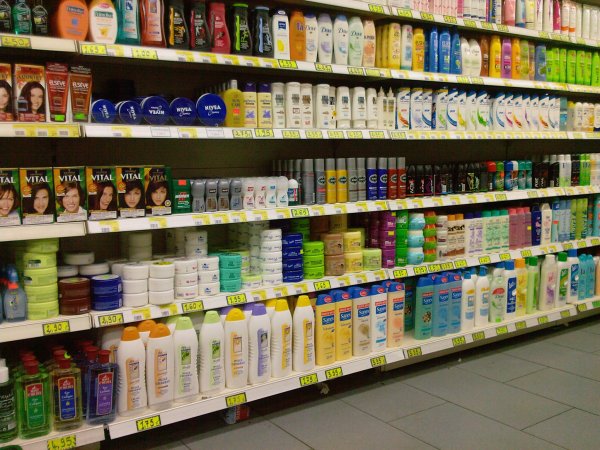 The whole street was taken over by a majority of Moroccan  business men and their families. You will find a lot of shops where husband, wife and children work together. Of course everybody knows everybody and there is a very cheerful atmosphere around. There is not the  slightest sign of racism in this street. You are more safe here then in other streets of Brussels. That's why it is so well known by Belgians and other Nationalities who come from France, Germany and Holland for shopping.

I have read that probably this street will be declared as a  tourist attraction.

While looking for a parking space, which wasn't easy I had to turn twice around the side streets until finally I caught a space just in front of a Kaftan store where sweaters and trousers were also sold.

And while turning around in the side streets we also went through the red light zone  also behind the North station, where real pretty girls where sitting in their windows. 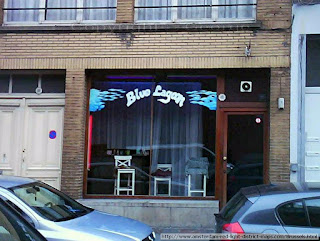 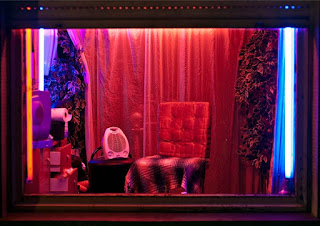 empty chairs means that they are busy 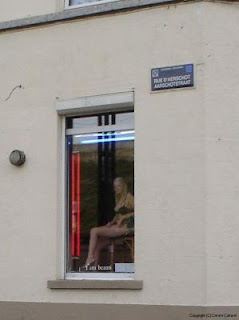 Unfortunately I couldn't stop and take pictures because there were many cars behind me. But we could see enough from the girls. I only hope they work for their own and not for a pimp.

When the car was parked we had lunch in a Moroccan restaurant and then started our shopping tour. The whole street is a huge melting pot of all races and colors 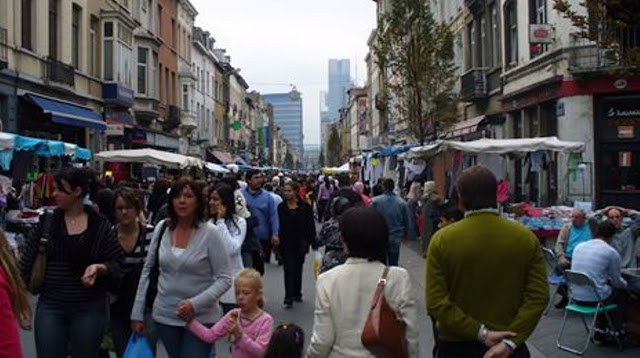 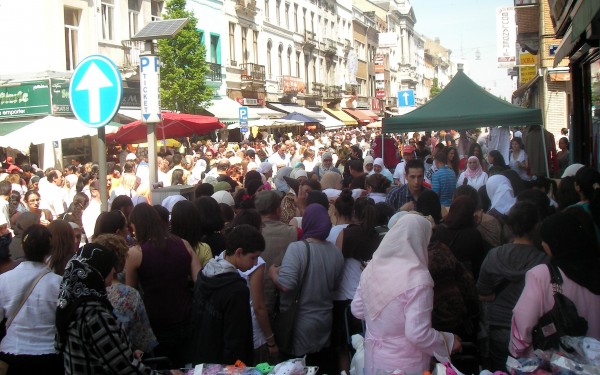 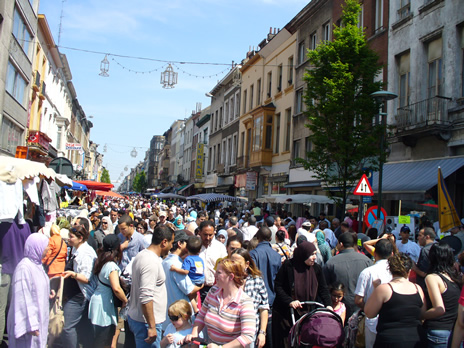 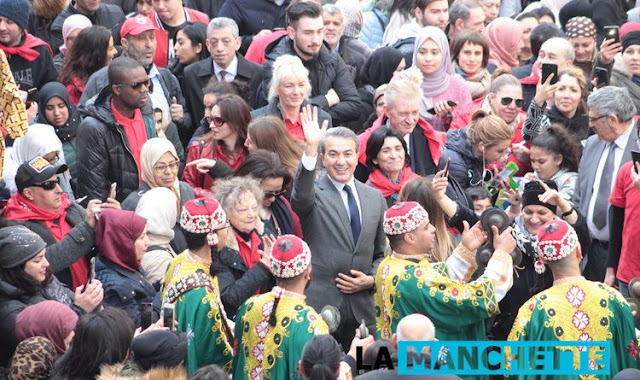 It had been the second time that I have been there with my three friends and it will certainly not be the last time ! If I am not feeling good, to cheer me up I can go there, and almost feel on holidays ! And .... there are so many things to buy ! I bought two pair of trousers very chic and comfy for 5 Euros each ! Couldn't believe it ! At that price I can change trousers every day.

There are also a lot of food specialities which I would love to try.

So busy, so chaotic and so much fun.

So much to see and experience. I can understand why it is a big attraction.

I'd love to check out the stores. Looks lots of fun just walking around :-)

Reminds me of what I would call flea market.
Coffee is on

Love the colours and the buildings.

You are leading a beautifully colourfull life too, It looks crazy for shopping - 5 Euros for trousers that's amazing!
Wren x