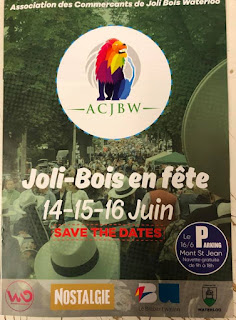 During the the flea market this weekend in Waterloo, we met a part of soldiers who had walked about 40 km from Charleroi to Waterloo, like the soldiers of Napoleon when they crossed Wallonia.

The Route Napoléon is a route of nearly 90 km lined with 150 monuments, memorials and museums evoking the passage of the emperor in Belgium. From Beaumont (near Charleroi) to Waterloo, it follows in the footsteps of the imperial troops and relive the last days of the Napoleonic epic.

I didn't take pictures of the stuff exposed for sale it's always the same when people clean their houses and try to sell things they don't need anymore. 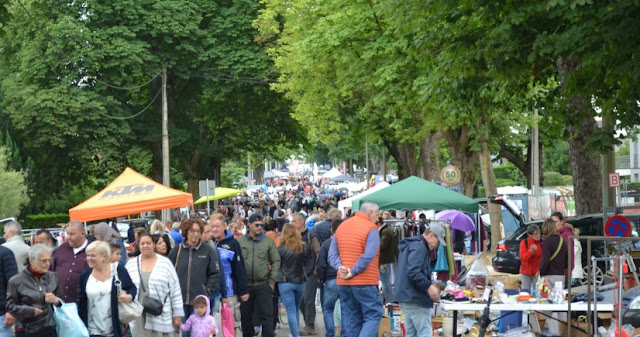 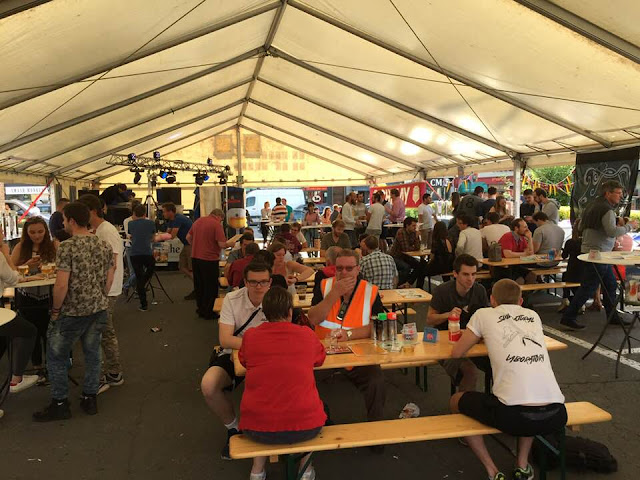 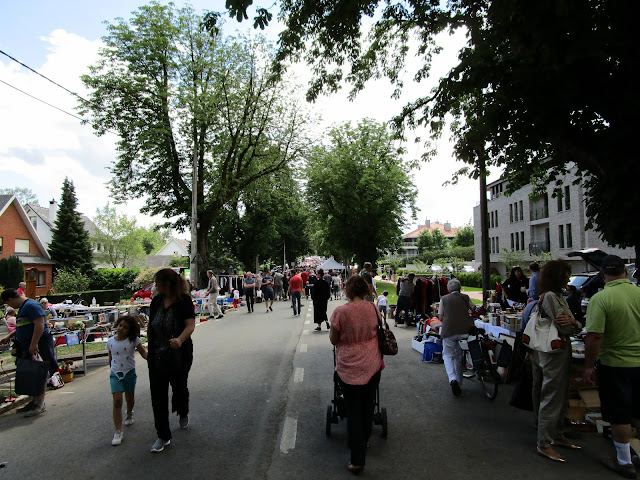 The market was enormous with around 600 stalls the biggest ever done in Waterloo.

We were far more interested in the soldiers who stopped in the Beer tent, because they were very thirsty after this long walk. The poor guys in their warm uniforms perspired terribly !

As they insisted to sit at our table, it was the first time in more then 40 years we saw them so near and could see all the details of these beautiful and colorful uniforms !

Here are a few pictures 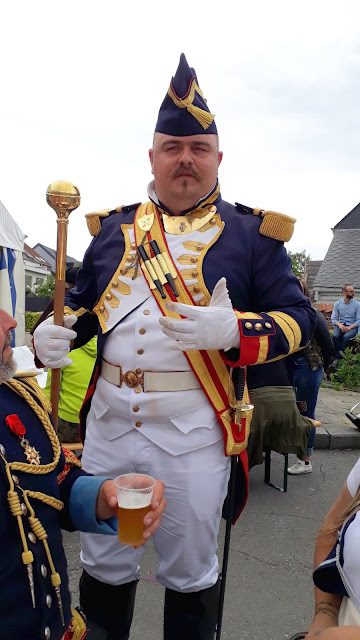 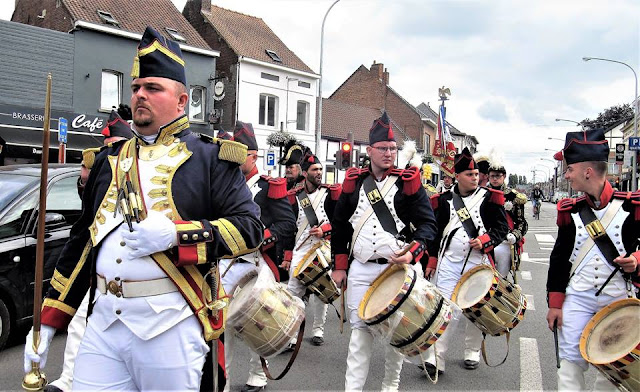 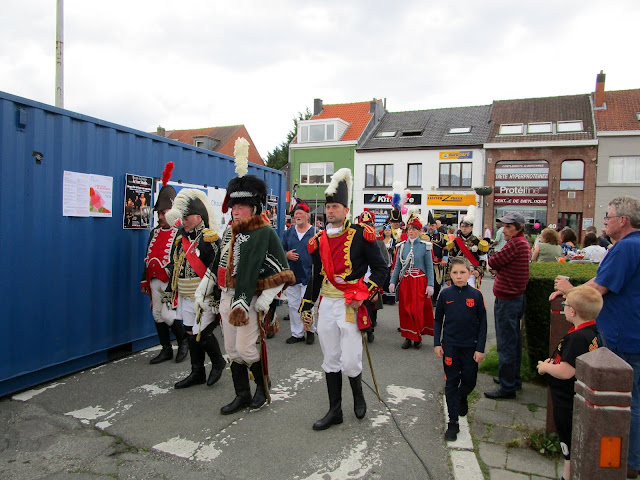 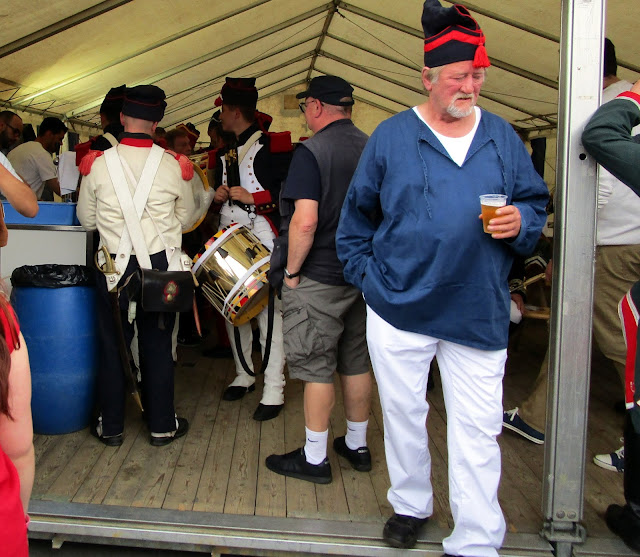 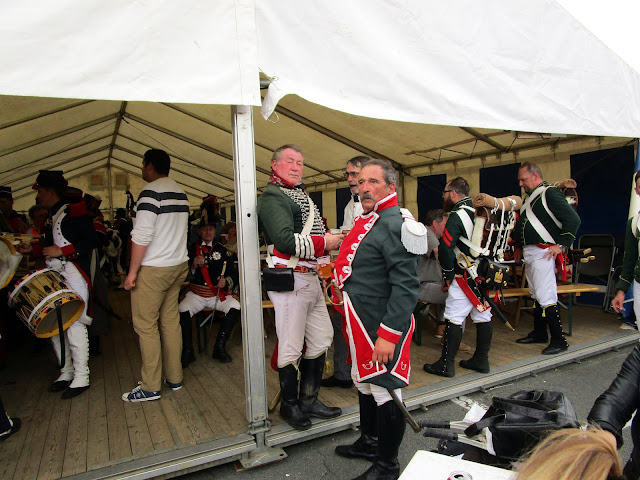 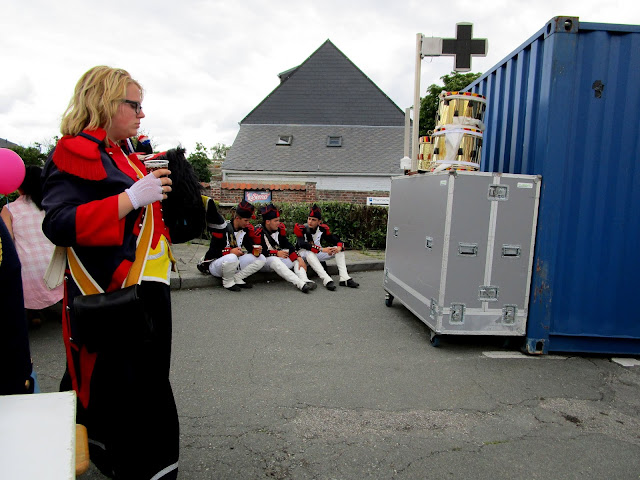 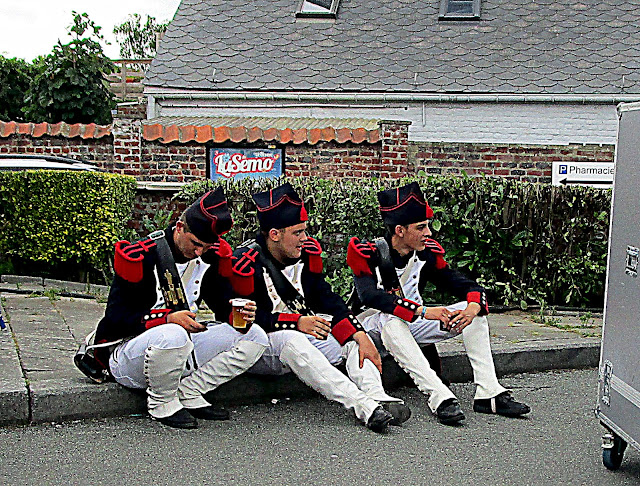 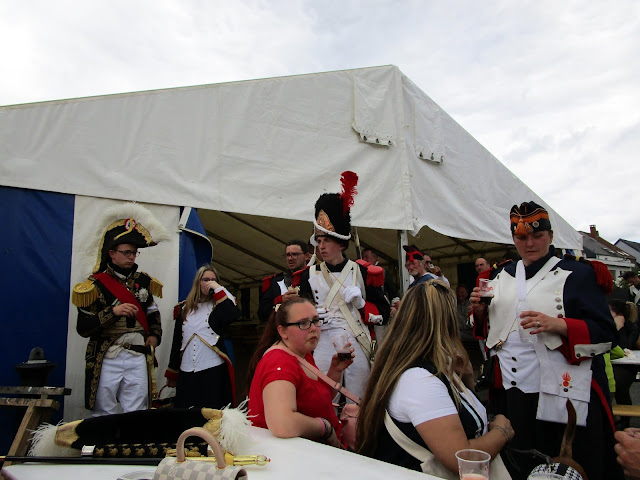 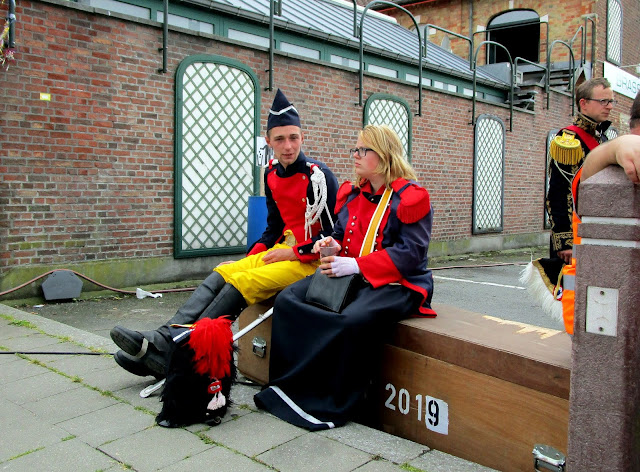 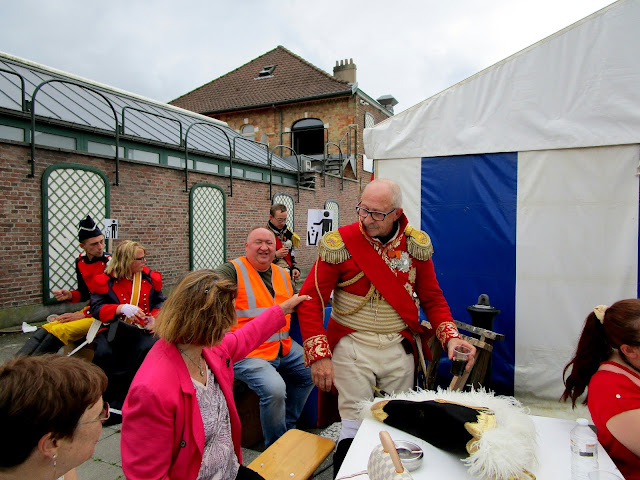 Nicole was joking with one 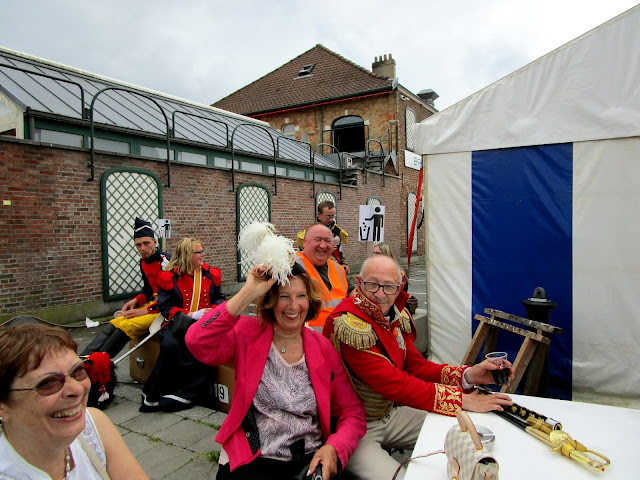 and then stole his hat 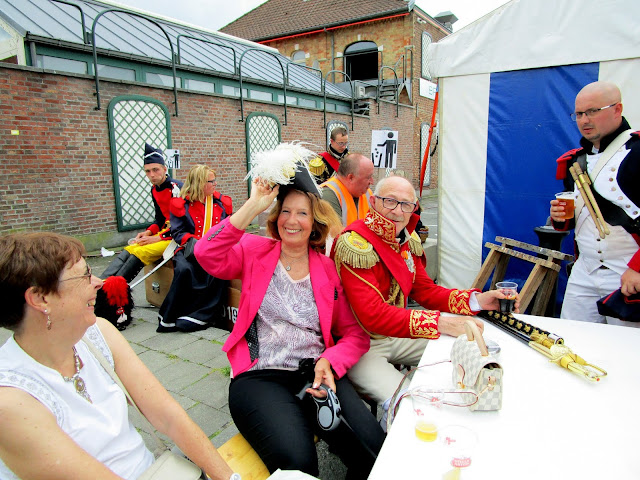 The others laughed and came to our table 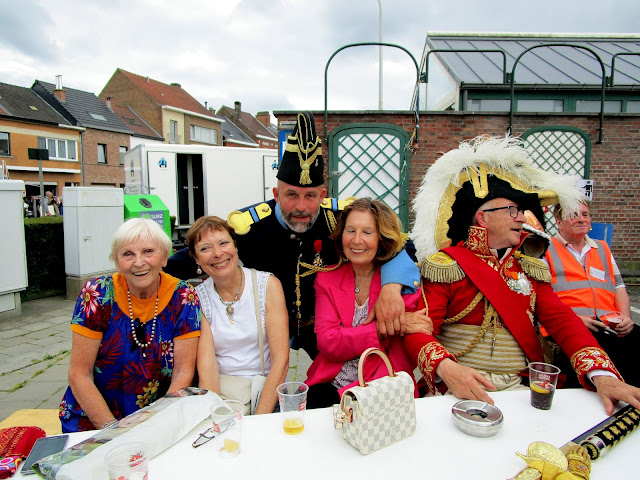 and then the photo session began !

As you can see we had a lot of fun with the soldiers and they took a lot of pictures of us.