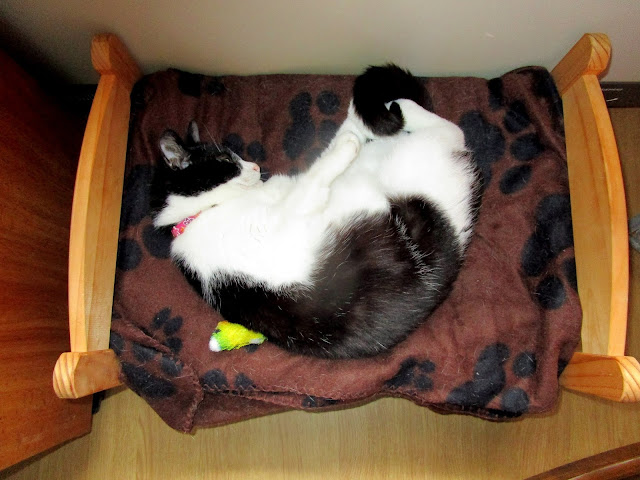 Ikea has the best beds ! 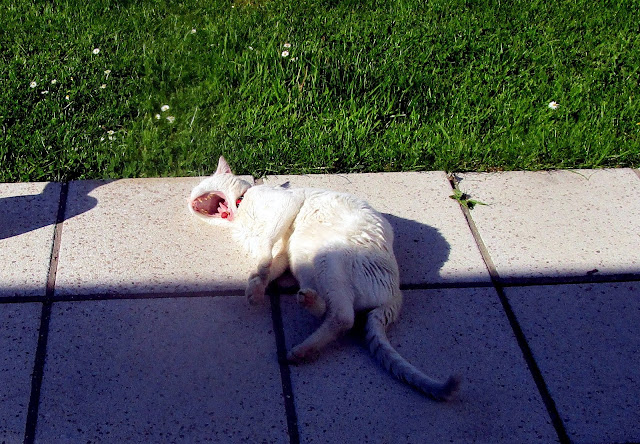 I had hoped that after this awful week, it would be a nice weekend. Lots of activities were announced, mediaval villages, flea markets, old timer show, and much more, but then we got a nice gift, this time from France a storm with the nice name Miguel and all activities were cancelled ! 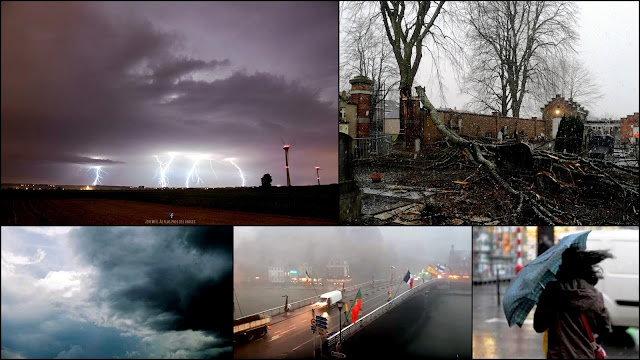 With the result, that I just did my shopping when the wind was a little slower, I didn't want to get a tree on the roof. I drove by Myriam's house and stopped to ask her how she felt with this storm, she had attached trees at the hedge and all garden furniture put in a safe corner.

I had nothing to do in the garden, as we have no trees anymore and the furniture was protected. In the middle of the night I thought somebody was shooting with a machine gun against the metal garage door and our shutters, but it was only hail but with the size of a pea ! The pictures above I have stolen from Internet, I didn't go out anymore. There were a lot of damages in the whole country, but fortunately at least to my knowledge no death.

On Sunday it had calmed down and the sun was shining, but not for long. I went to the market met with Myriam and then went home. I had the blues each time I went to the bathroom, cat Kim wasn't there anymore.  Wind makes me nervous and apparently Mr. G too, because he bitched the whole day. There was only one thing to do .... escape so he could bitch against the walls. I went to Nicole and got comfort from little Isis her cat and a good cup of coffee. 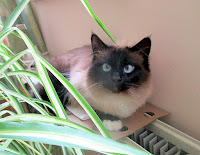 Fortunately in the evening was the Formular 1 which glues him on the TV screen, the king or queen could call or  I could drop dead on his shoes,  he wouldn't even realize. So I retired behind my computer and looked for old pictures from Italy and our friend who had died this week at the same age as me which of course was not a good idea, because I felt so sad and exhausted.