I visited this exhibition which took place in "La Bourse".The building is simply called "La Bourse" and housed the Brussels Stock Exchange until 1996. It had been founded in Brussels, by decree of Napoleon in 1801. This year it will become a museum. 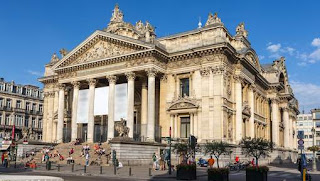 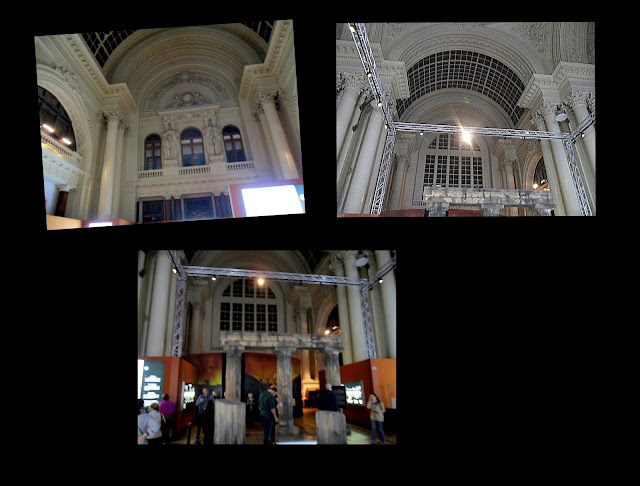 The Pompeii exhibition plunged us into the heart of the drama and the ruins of the ancient city of Pompeii. Models of machines and 3D reconstitutions allow the visitor to experience the destruction of the city and to identify with the inhabitants of that time, immobilized by the ashes of the volcano.

Over one hundred archaeological items originating from Pompeii, including a large number being exhibited for the first time, demonstrate the knowledge that the Romans had about nature as well as their scientific and technical know-how at the moment Vesuvius erupted in 79 AD.

And while we were still hunting in the woods covered in fur (I think at that date), on the other continents lived the original inhabitants and no white immigrants.


The exhibition started in a round room where you stood and it was as if you were in the middle of the drama ! you saw the roofs collapse the people running and under our feet the floor was trembling. What a sensation ! 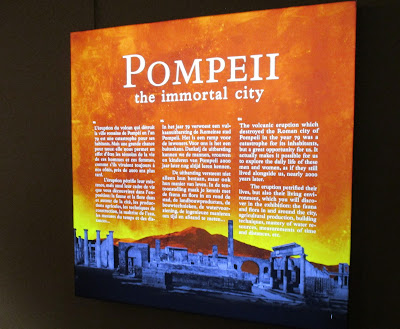 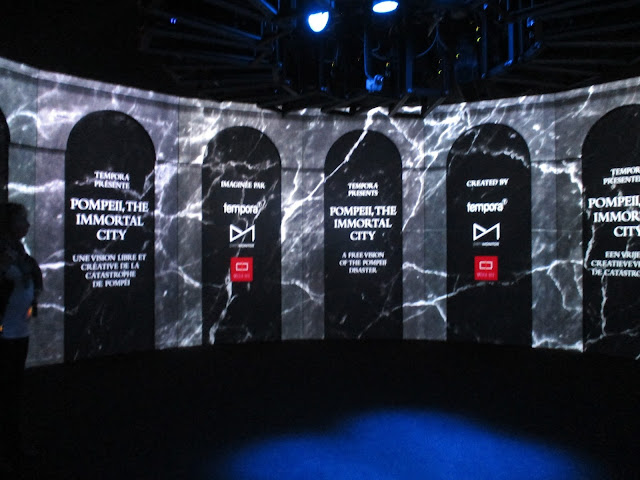 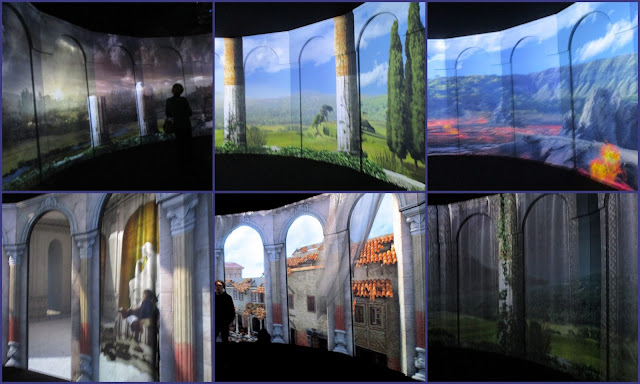 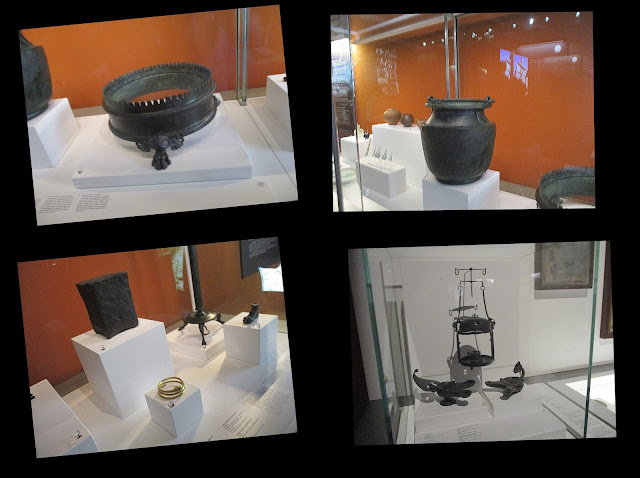 It was amazing what utensils they already had ! Hasn't change a lot ever since. Pots for different uses, jewelry and candle holders. 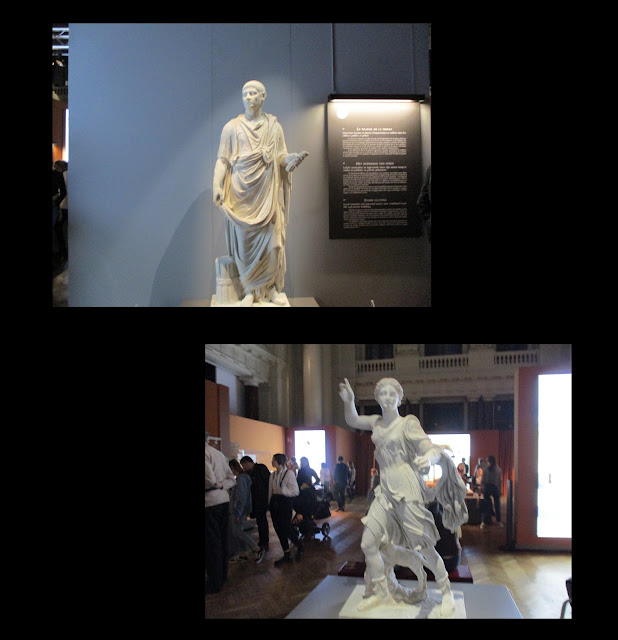 The statues too were perfect 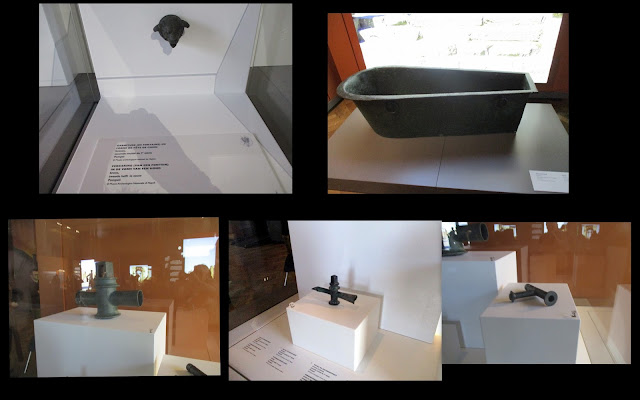 They had taps, and tube connectors, bath tubs and even underfloor heating ! 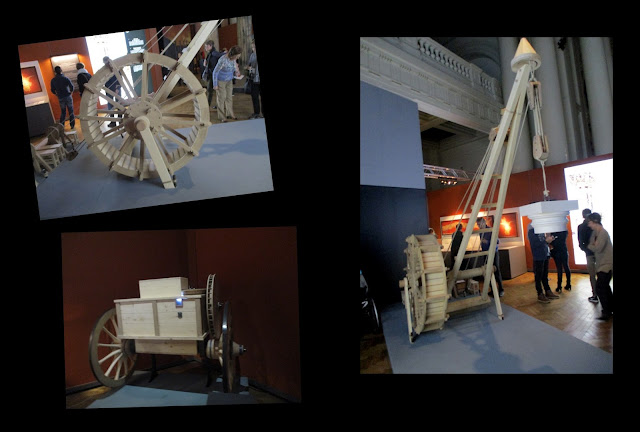 kind of cranes, wheels and carriages 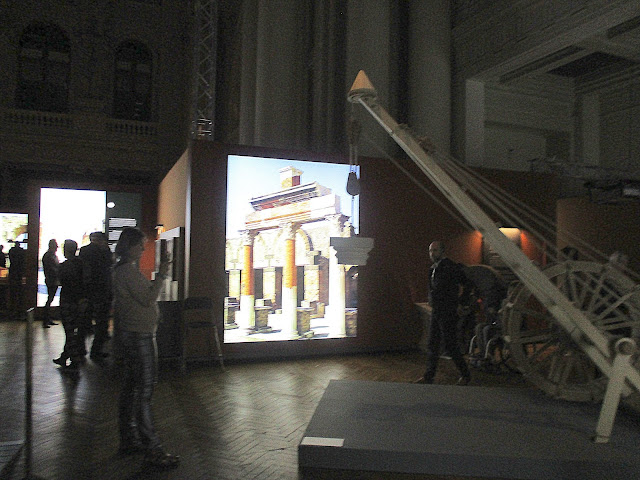 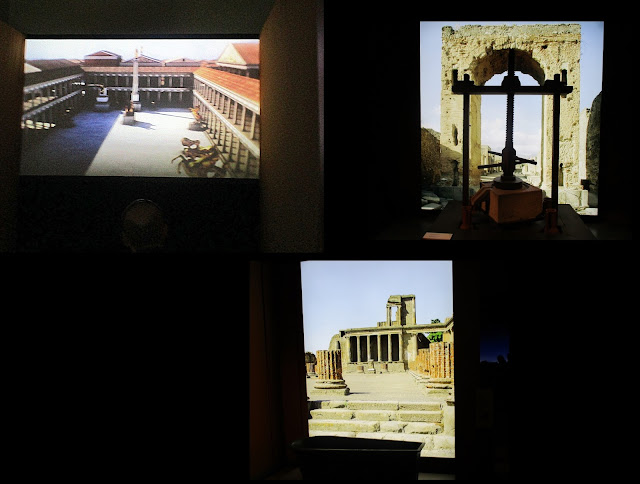 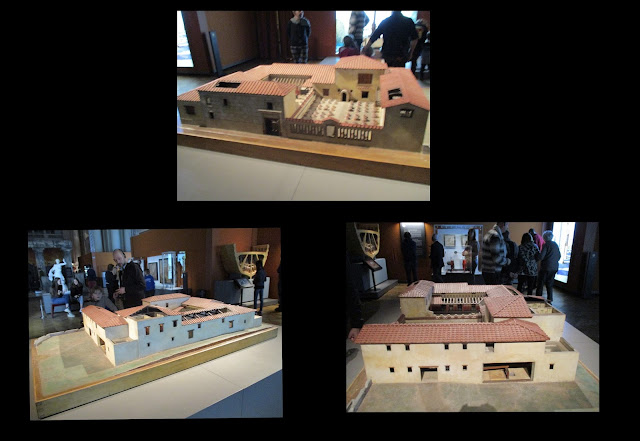 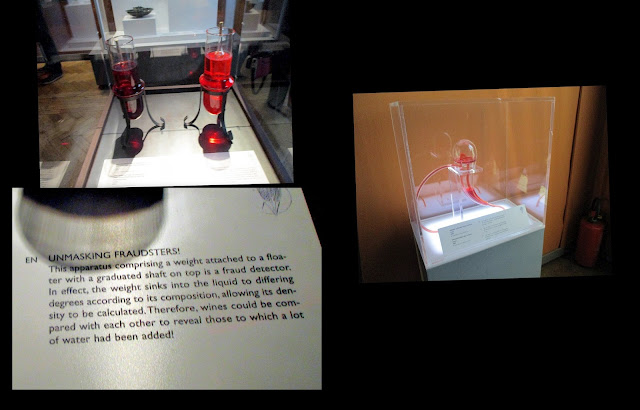 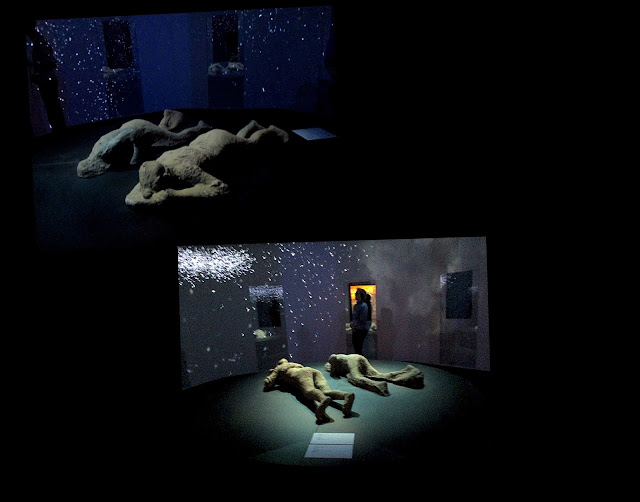 And there were also 2 bodies, in the position they had been found.

The exhibition sounds as good as being at the real Pompeii.

A Bit of the Blarney said...

So lively ...all statues.Have a nice day.

We saw the Pompeii exhibit when it came to New York a few years ago. It’s remarkable how much modern New Yorkers and citizens of ancient Pompeii had in common. Glad you enjoyed the exhibit.

Looks a very good exhibition. Interesting way to start with a mini earthquake for you to experience.

Very interesting!
Hope you are having a great week!

Cool. I have a deep interest in Pompeii. I've been lucky to visit it once but would love to take another trip there.

Wow - they have two bodies from Pompeii! Amazing.

The exhibition looks good and what a magnificent building. In the Natural History Museum in London, I think, there was an earthquake exhibition where the floor rocked and things rattled.