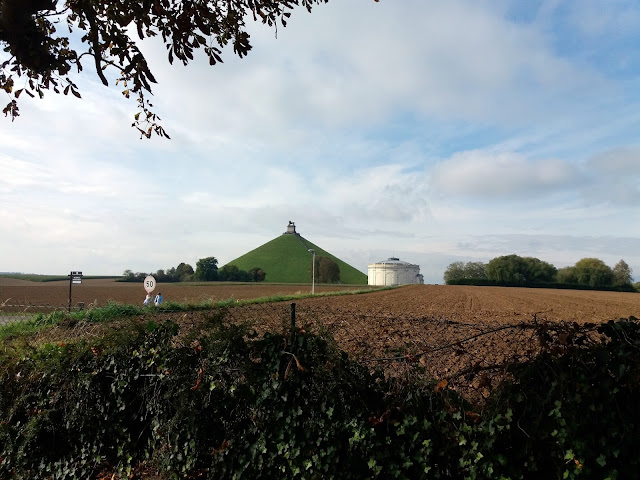 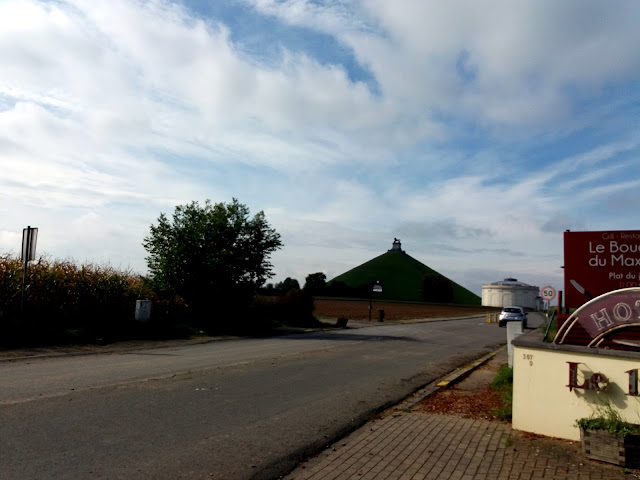 Waterloo Lion Hill, reminder of the battle between Wellington and Napoleon in 1515


1. Apparently Monday doesn't bring me luck, I lost again in our scrabble game, this time it was my turn. We raked our brains so much that we only could play one game and even during our coffee break we were still thinking hard ! 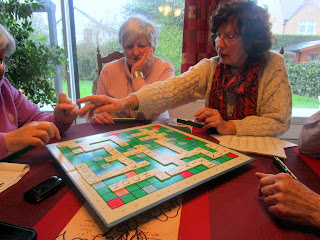 The garden is closed, now we have to play inside. Look at the thick pullover of Nicole although it was warm in the room, but she feels always cold. 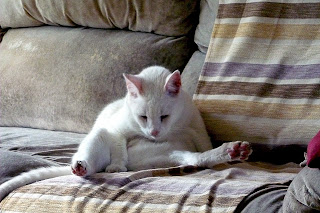 Arthur was delighted to have so many ladies around him to be petted and as they all wore leather shoes and he is a leather fetishist he was amongst our feet under the table and drugged himself !

2. I have some serious breathing  problems with this cold and very humid weather and have to take my spray still in  bed before I get up. During the day as long as I do not a big effort it's OK. And in summer I have nothing !! I am born on the wrong side of the world ! 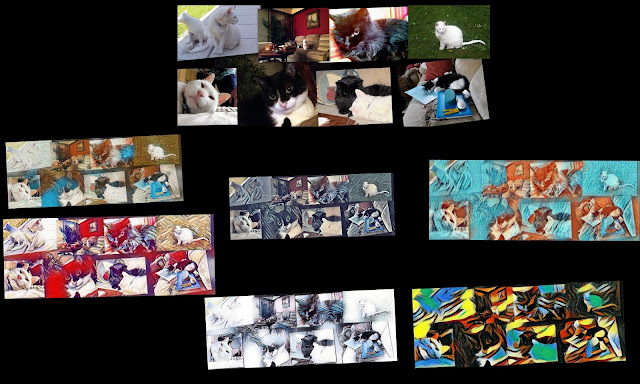 So I spent the day quietly home in the warmth and blogged, and created headers and other things, just played around. Was great fun and I learned again a few new things.

3. After acqua gym my friend Bunny and I talked about next year's summer holidays, because she wants also to travel with English speaking people, and she is the only one who speaks English. I have tried 3 times with other friends but it is very tiring when you have to translate all the time especially when we were 3. One is OK there is no problem. Now we have to decide on the destination. Making travel plans is also very nice !

4. Mr. G. and Monique had gone to the big trash center, where they take everything from nails to cupboards. We had a few things amongst others two garden chairs, which our son with his feather weight had broken and I broke the other one. When they came home I had prepared coffee and cookies and we chatted the rest of the afternoon and made plans about the New Year's celebration. We probably will all  come here, last year it was at Nicole's.

5. Today was a black day although it started well with my painting class. 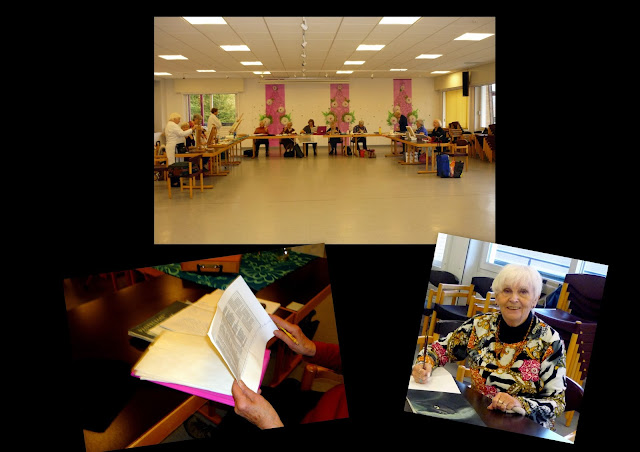 There were only a few absent, I finished my black cat, and our accountant checked the payments. After the class we went to the restaurant we had discovered recently. While I was there Mr. G. rang to tell me that our TV, Wifi, etc the whole package had broken down and that a technician would come between 1 h and  5 pm (!!!) a rather large time frame ! He wanted to go and play cards and I was waiting for my food in the restaurant ! Finally the guy arrived and Mr. G. didn't miss too much of his game.

At home I wanted to change the password or pattern of my smartphone, managed it without any problems, but with the result that I couldn't remember where and how I had put the new pattern ! I tried and tried and finally each time I had to wait longer. At 48 min I took my car and went into a repair shop. Was it complicated and so expensive that I could have bought a new one. So I went there were I bought it. The responsible had his day off, my chance ! and so I have to return tomorrow in the hope that he can fix it right away ! In 2 weeks I am off to Egypt and I need this thing !

I am glad that this bewitched day is over and hope that I won't fall out of my bed this night or step into a gift of my cats !

Some days are only good to spend in bed with a good film on telly and a nice drink in hand. I think your Friday was one of those!

I hope things improve quickly. Some days just need to be written off the calendar.

I hope tomorrow is great one.And good luck with the trip to Egypt.

it sounds like tou had a busy week!! it is finally feeling like a northeast November here in New York instead of August....we have cold temps today but high humidity leaves until July. thank God!!

how fun to play scrabble every week and take a painting class!! i cannot wait to retire!!

A very busy week for you!
Have a wonderful week-end

Sounds like you need to move here to Florida! Looks like you had a good and busy week, great photos. Have a great weekend :)

Hahaha to your cat's leather love. They are so funny. Sorry for your breathing issues. That is hard.

I suppose there are benefits to being bi-ligual...and also curses! :-) Glad you had a good painting class. It's getting cold here too...hope the sprays help you breathe better at night. My hubby has COPD and he has a terrible time! We are supposed to be getting him a bi-pap machine for night soon.

LOL Arthur is leather fetishist? It must have been really fun for him to have ladies with leather shoes :-)
That IS a large time frame but glad at least the technician showed up. There were several instances that I experienced, that no one came as promised ..sigh.

Not a good start to the weekend. Hope it improves for you. Arthur seemed to have a better time than you this week.

Nice job with the photo-editing. Sometimes you need a quiet day with no distractions to really get in the editing "groove"!

You sure have a zest for life and find lots of things to enjoy! I do like Scrabble, and I like to paint (but I don't do it very well:)

I didn't know about your breathing problems in the cold! I'm glad there's a spray for it. It doesn't seem to keep you down much. :-) It's nice to have a holiday to look forward to. That's rough when the wifi and all go out all at once, and so frustrating when one can't remember a password. Glad that day is over!

I've never heard of breathing problems in the cold. I hope you stay well this winter. No wonder you are looking forward to a visit to Egypt soon!
I hope your smart phone is fixed soon!
Have a great weekend!

Good memories playing scrabble with your friends ! After the rain, the good weather I'm sure all is ok now !