We had a very nice New Year's Eve at Nicole's !
mit 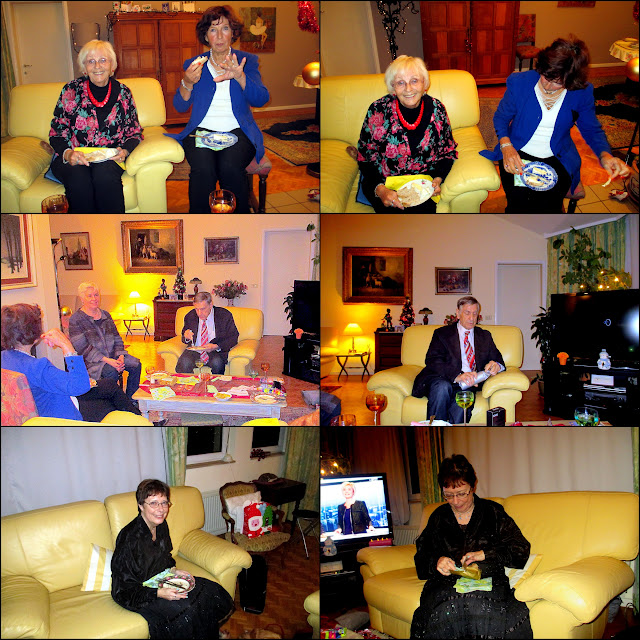 Although we were only 5, we laughed the whole evening. Chantal had suggested to play a game she used to play in France on New Year. We all had to prepare a little gift for each person. Then for example I thought of one of my gifts and the others had to guess what it was ! It was very hard to find out what Nicole meant with her gift but finally by asking all kinds of questions, where to use it, the size, the material etc, one finally found the solution, it was a sponge ! Besides that we had a question and answer game, which was very funny, Chantal got the question "Are you wearing a slip ?" and asked Mr. G. for an answer and he got the answer card "Only on Mondays" !

Everybody had brought a plate, I had made a pasta salad with seafood, Chantal a Tiramisu and Nicole the starters. We ate and played and Charlie took care of the gift paper which he tore into thousand pieces ! 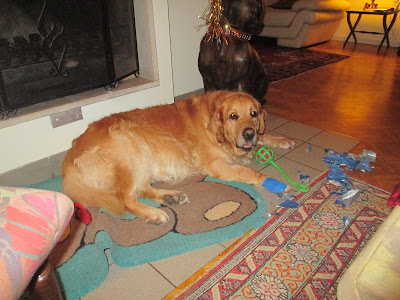 We almost missed midnight ! But then poor Charlie suffered ! He was so afraid of the noise, he trembled and wanted to hide himself and started to dig the tiles. As he just had a nail operation we feared that he would hurt himself. Finally he sat between my legs and each time there was a boom, he put his head between my knees and I squeezed his ears, so that he couldn't hear anything or at least he felt sure. That was so funny ! Fortunately the fireworks didn't last too long.

At 2 pm we left and returned home, everybody happy with our New Year's Eve.

Despite the fact that the firework in Brussels center had been canceled, many people arrived anyway, just to show that they were not impressed by the terrorist threats.They wanted to celebrate as usual 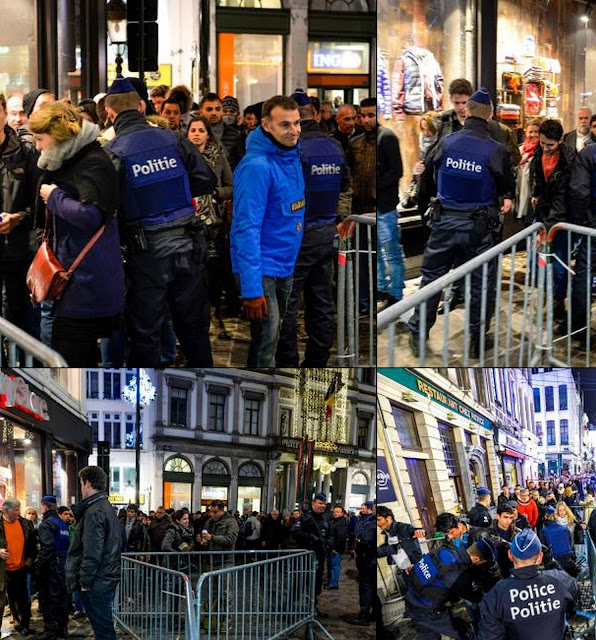 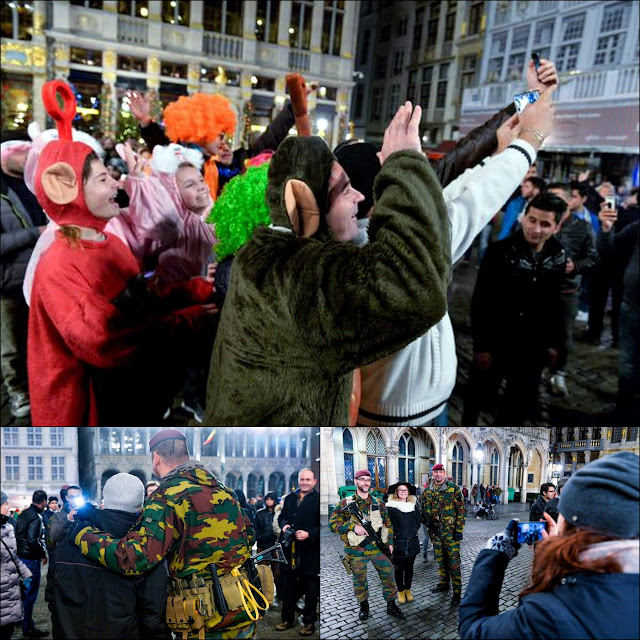 There even the soldiers posed for tourists or people and there was a very cheerful ambiance.

The mayor was booed because of his decision. The Belgians just didn't want to be cowards. And nothing happened only the usual incidents of trouble makers.

Lol at Mr G wearing a slip on Mondays. It is good to hear that people were defiant and still gathered together on NYE.

I had to work, so only saw some of the fireworks. Mind you, if I had been at home I would have probably been in bed already!

Good to hear you had such a fun New Year's Eve.

Looks like a good time was had by all. I'm glad that people don't let their New Year's celebrations be ruined by the threat of terrorism.

Hope this New Year brings peace and happiness to you (and Ruope!).

Happy New Year Gattina
Better to be safe than sorry.
There have been threats and these radicals want sorrow.
The fight should stay there with them but since they are all over the place they can recruit anywhere.
We had a young guy from Kuwait meet some of our refugees on the west coast and he proudly
used their religious greetings and told people they will meet these people and treat them to their own muslim ways which means prayers etc...

I went to Kuwait and have to say it was scary.

We have played a version of that Q&A game .. It is funny and gets funnier as the evening progresses (as the drinks do!)! Happy New Year to you both (as usual, I am a few days late)!