From number one til four my days were all the same ! It seems as if a Tsetse fly has bitten me, because I am so lazy that even picking up a hair ball from the floor is too much !

Nothing is going on, the streets are empty and you get the impression that everybody is in a starting hole and wants to jump into 2016 !

I only bought some champagne and made a pasta salad with seafood for New Year's Eve. 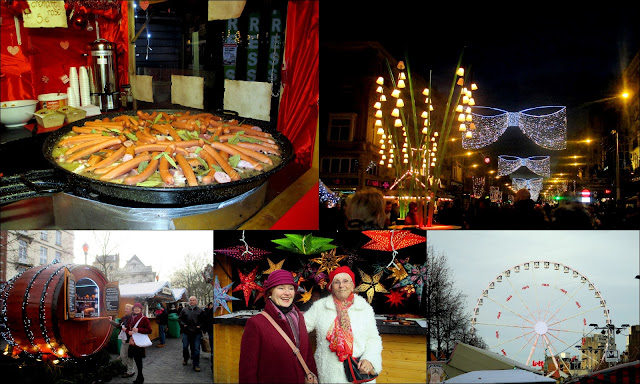 But before the huge Brussels Christmas market will be dismantled on January 3rd, I wanted to see it because new stalls and places had been added. It took us 3 1/2 h of walking around to see the 230 stalls and we didn't even see the whole market ! There was still an unseen place left, which will be for next year, because we were really tired. I went with Ilona and another friend and it was really beautiful. Despite the terrorist level n° 3 on 4 (again) there were many people and the police and soldiers were so discrete that I saw 3 policemen and 3 soldiers and only because I payed attention !

I will show this beautiful Christmas market in another post.

Meanwhile I wish you all 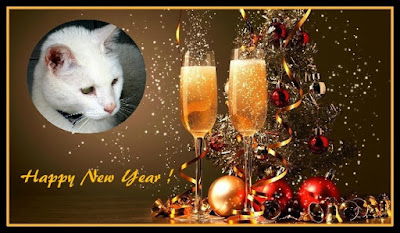 Happy New Year, Gattina. We watched the Sydney fireworks on television. They are really spectacular, as people come from everywhere and watch from around the Harbour. So there are a lot of people and the bridge is lit up with many types of fireworks. We are sad that the Brussels celebrations had to be abandoned. At least everyone is safe, which is most important.
Sasha and Lynettea

Hi Gattina - Happy New Year and am glad the champers and seafood salad went down well - sounds good to me .. difficult times at the moment - cheers Hilary

Sorry to hear that you are still feeling tired maybe you need to see the doctor about it. However, if you managed three and a half hours walk around the market you can't be too bad, The market sounds wonderful but it is sad what we hear about the terrorists in Belgium and France. Keep safe.

Happy 2016 to you, the 4 cats and MrG from me and Shibella. Being a Vintage lady I have seen too many new years and didn't even watch the Sydney fireworks. The pasta salad looks good.