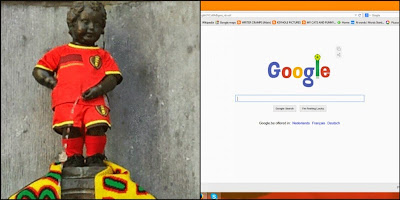 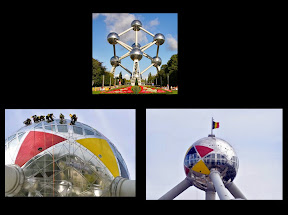 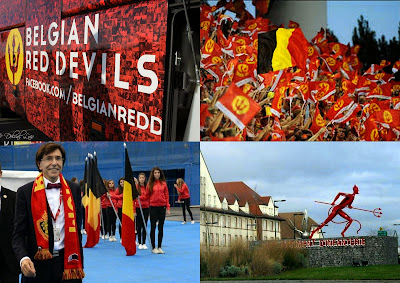 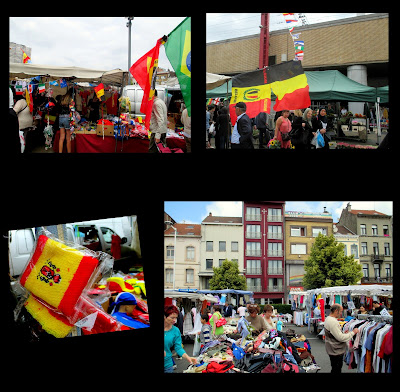 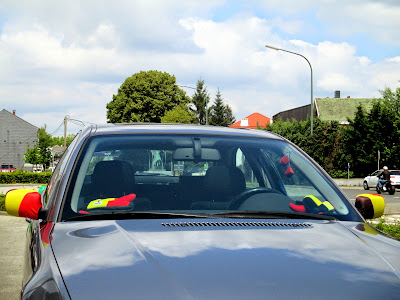 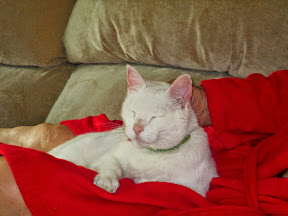 That's the good thing here in Norway: they weren't good enough and didn't make it to Brazil. They are still very interested in it though, but from an outsider's point of view.

So Arthur and Mr. G are sharing a red outfit while they watch soccer?
Just saw little Prince George on TV, he can walk now. I wonder if he will have tantrums too?

I am already fed up of the football. I've just been told it goes on for 4 weeks!

Poor Mr G! Sweden isn't in the World Cup so the football fever is slightly better than it might otherwise have been...

Yes football fever everywhere. Oh well, what can you do? Everyone has to have their fun.

In the united states there is a different between soccer and football.

hahaha No place like home.
Yes soccer is every where in full swing.
My house was nothing but soccer for a good many years Now its slowed down cause the kids grew up but even so
We can't miss the broken noses and
pain full side kicks etc... These are the glories of the sport.
We even have lotteries going as to who is going to win.

Hi, I live in southern Brazil but I don´t like FIFA World Cup.
I like my football club and I prefer regional championships.
In Brazil only breathes football lately and it is difficult for a person who does not like finding refuge.
Works overpriced and people in need makes me ponder what would be best the cup have been taken elsewhere.
Anyway, luck to the teams!
Kisses

Here Football Mania has started as well. I don't like football but as you say, we cannot ignore it and it unites the country. Many houses are decorated with orange flags and some houses are painted orange. Sofar we won two matches, but I didn't watch the match. When does Downtown Abbey return?
Have a great week!
Wil, ABCW Team