I always wonder when people start to talk about the "Good old Times". I don't think that they were so good for many of us. If you had to go through World War II or the after war times, there certainly weren't good times.

When I think that my mother didn't have a washing machine, had to boil the laundry in a huge pot, and then rince it in the bath tube, which we were lucky to have, I don't think that she called this the good old time.

I really find nothing in "good old times" besides the music. That was and still is very good, because even the teenies of today are still listening to groups like the Beatles, Rolling Stones, Abba etc. Even Elvis is still there, although most of the young people have only known him dead. The Queens and Freddy Mercury are still "in" and Elton John's concerts are always sold out and not only for an "old" public. And all their today's music is coming from the "oldies" of my generation.

What people regret in their "good old times" is finally the fact that they are old themselves now and at that time they were young.

I personally think that each period of life has good or sometimes also a bad times, that is life. Actually I enjoy "modern times" very much ! 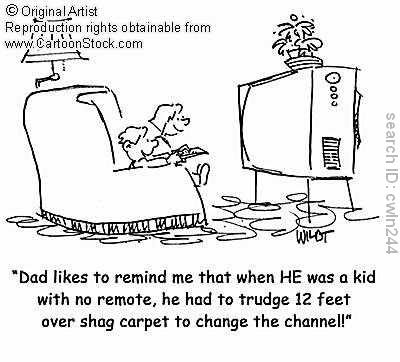 Good O post. I agree with you - I love old times and modern times.

I love now, I love witnessing the progression, the technology, the science and all the wonderful things we have today but I sometimes wish we had the hardships of time gone to amke a lot of people realise just how lucky they are and how good they've got it. I feel there are a lot of people who take it all for granted and this makes them obnoxious.
Lovely thought provoking post, as always

Love this. Much better to enjoy the now and tomorrow...no matter how the good old days were.

I think it is nice to reflect on the old days in a nostalgic way, but keep looking forward, great post!

I love the times I am living in right now.

I miss some of the people in the old times, but relish the new!

Personally, I like most of my life's past...but, when I think of the good ol' days, I think of all the GOOD times, never dwelling on the sad, hard times. And with songs from 'our' past...well, those didn't include the Beatles era...those songs of 'old' are farther back than that era. Like Benny Goodman, or Les Brown, or Nat King Cole.


Thanks for visiting me this week, I enjoyed your company.

I enjoyed this post, Gattina. And "our" music has certainly stood the test of time, hasn't it?

Love the cartoon, too!

I miss the good old days.

I think you're right. It's being younger that we miss. There are many things about the good old days that I don't miss so much. Like no internet :)

I think you're right. It's being younger that we miss. There are many things about the good old days that I don't miss so much. Like no internet :)

To everything there is a season I guess. I loved being a young mother, and now I love being an old grandmother!!!

Love the joke about remote controls. Now we have so many and always trying to remember which button to push, keeps our brains active I suppose.

My husband still clings to his high school days. We have known each other since we were 9, and went to high school with the same people. I just don't see the attraction, and I tell him so. Most of them ar still living in the same town where we grew up, and their views of life are the same as their parents. We have nothing in common with them, and he agrees with me on that.
I think we are better off because we went out into the world and faced new horizons!

Well, I enjoy computers, that is for sure. I enjoy HDTV and DVRs and DVDs and remote controls and microwaves and my adjustable bed...teehee. These are the good ole days, as far as I am concerned.

Good post! I'm with you there are not a ton of thing in the good old times I would wish back.

I love that cartoon! When I was growing up, my sister and I were my dad's remote control...Oh, the good old days!

here! here! well said. There were some good ole times in the good ole days, but I like myself more now than then.
The cartoon is hilarious!

Modern times sure make life easier in many ways. One aspect of the good old days that I miss is that when I was young , my friends and I would play in the bush go for walks in the parks,and go to the beach by ourselves from about age 10 onwards and I don't think our parents worried about us too much as long as we were home for dinner. Today it is risky letting kids out of your sight for fear someone will harm them.

Love that cartoon, Gattina! Old times for me were simpler. That's what I remember most. When life gets too hectic, I often long for slower times. Tougher economically, but a pace I could comfortably keep.

the changes have been amazing ... especially with technology ... and i enjoy both the good ole days and the now!

I see good and bad in both now and then. I wish modern life were less intense, but I do see many benefits of being alive in this century.

I think every era has its trials and tribulations.

Your link this week really has me thinking. Maybe the trick is just to love and live each day! Sometimes easier said than done.

Thanks for an outstanding link to Alphabe-Thursday.

I will be pondering this the rest of the day.