On Saturday my friends and I went to the Gospel Festival in Tubize a little town near Waterloo. 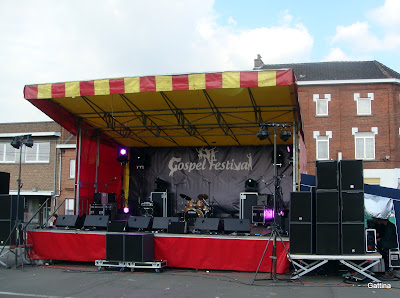 We arrived quiet early and there were not yet many people, but a little later more and more arrived. 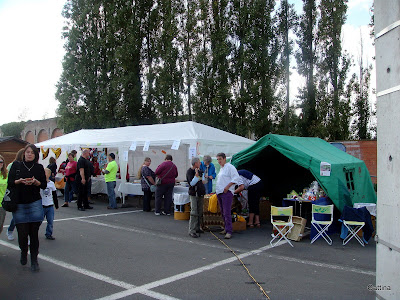 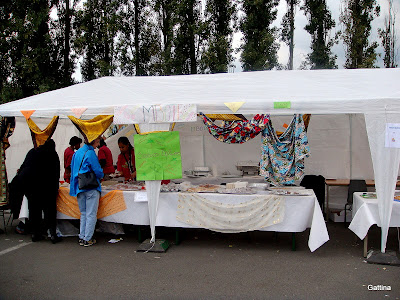 Women from the Congo had prepared delicious typical Congo plates and also sold fabrics and jewelery. Besides was an Oxfam stand, where I bought a little keyring. 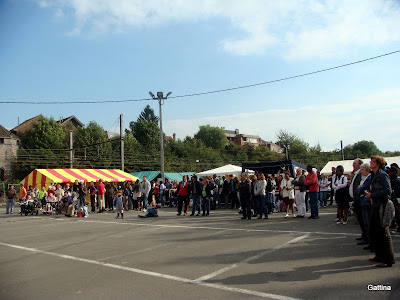 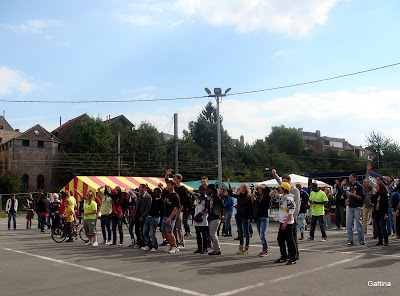 The place filled up with young and old 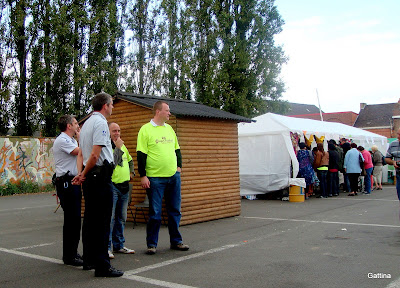 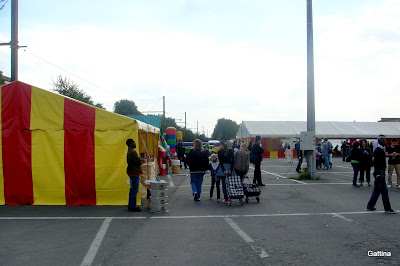 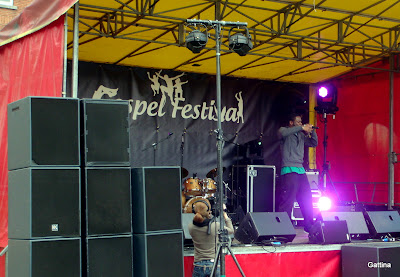 The first one we listened to was a Rap singer, I am not that much a friend of Rap, but the text of the song was real good. He sang in French. 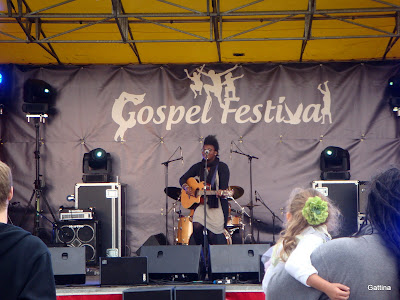 This girl had a wonderful voice, in fact she didn't even need a microphone ! 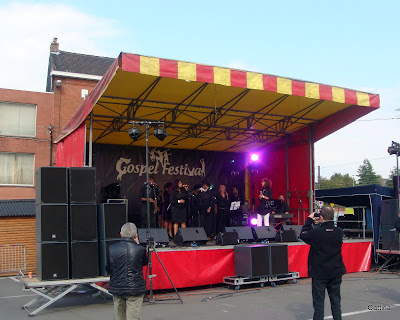 and then came the best ! This group sang several songs and had a lot of success.

I recorded one minute of a song, just to show you how it was, although the sound is not very good.

We had a real nice afternoon and met quiet a few Americans who had come here to listen to the songs.
Posted by Gattina at 06:00

What a great post for the day! Have to admit I've never heard of a Gospel Festival, but it does look as though a great time was had by all!! Love your photos, as always! Hope you have a great week, Gattina! Enjoy!

How cool is this. I like that video you made and the pictures were great. G it looks cold ther already. Everyone in jackets and long sleeves. brrrrrr

I don't know how I'd feel about rap music, LOL, but I do love gospel music.

looks like a wonderful festival. i'm not a fan of rap, either (my nephew says i'm too old to appreciate it! ha!). great shots.

There seems to be fun things going on in your world all the time.

Oh I would have LOVED to be there! We have a Gospel Festival of sorts coming up soon. It is in association with the End Hunger program... I attended it last year. Amanda & Hector & Luz went also... I wonder if they'll go this year??? That group sounds GOOD!

You are a very outgoing girl and do so many wonderful things.
I do time consuming things lol and don't see the day go by let alone the weeks ....and then years.lol

I love gospel music and went to a fantastic concert by the Harlem Gospel Choir a few years ago. Glad you enjoyed it,it's wonderful singing.

I must say I love gospel! I think you had good time at the festival!