Helps you to remember what you have done on the weekend of September 18, 2010. You never know if you need an alibi ! If you participate please put the little logo on the top of your post and leave your link.

On Saturday I went with Ilona to a Gospel Festival not far from Waterloo in another little town called Tubize. 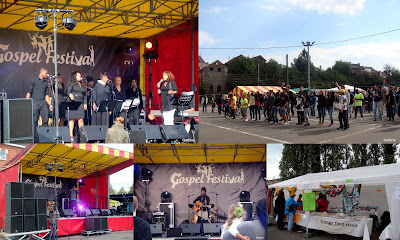 Although it was quiet cool only 15°C it was sunny and we could listen to the Gospels without being disturbed by the rain. It was just beautiful. The Gospel singer group was the best in our opinion although the other singers were very good too. There were lots of things to eat, specialities from the Congo, but also the traditional pancakes (crepes) and wafels. 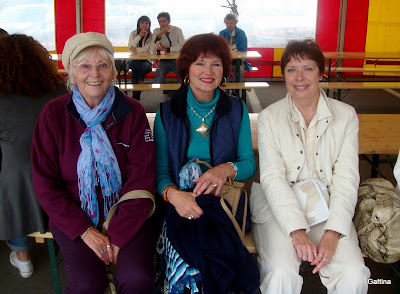 We met Chantal who was there too with her two sons and between the songs we had a lot
to chat ! As you can see, the summer clothes are gone !


On Sunday was the yearly "Sunday without cars" in Brussels. No cars or trucks were allowed except taxis, Buses and people with a special permission like doctors. 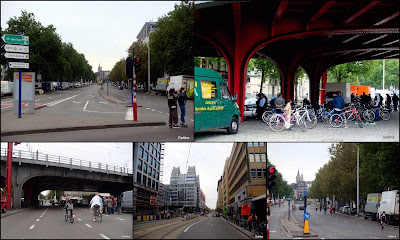 For once the train was packed on a Sunday, when I took it to go to the Midi market, you could even rent a bike in Waterloo, which was loaded on the train so that you could take it out in Brussels. It was so nice to be able to walk in the middle of a usually very crowded Boulevard ! The City was full of bikes which you could rent everywhere.

It was grey, cold and very windy so I just walked around, found a table cloth and a scarf and then went back home. Of course I missed the train and had one hour to wait, I took the opportunity to eat a hot wafel with a coffee, which was very good !

I hope this time it works ! If not let me know !

Oh I can see you're all wrapped up warmly. Lovely Gospel festival you attended. Glad you had a day out on the train and enjoyed your wait for the next one! Have a lovely day, Gattina. (((Hugs))) Jo

Wow, No cars for a day, That must be awesome. I think that would be great to do here. Looks like you had fun at the Festival. I love those Gospel festivals. I join in this week. Hope you can stop by.

Looks chilly there. It was nice, cool and crisp here!

The ride on the train would be fun for me. We just don't have that opportunity around here.

Sure we can link up together!

So nice when cities do this sort of thing for people to enjoy.
There should be more days like this.:)

I can't believe you are in winter clothes already. But I willnot complain about the heat. It is starting to cool down a bit especially at night.

I think Brussels sounds an exciting place to be, no cars and a Gospel Festival. A very interesting weekend for you.

I was wondering what Brussels looked like and felt like without cars. Waiting another hour for the train to come is no fun, unless you treat yourself with a delicious waffle that is!

This is a great meme and a way to find new friends on the blogsphere!
Must be something a town without cars!!!