THE TRIAL OF A MONSTER 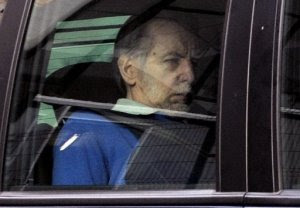 On march 27, last thursday a big trial opened in Charleville-Mézières (France) against Michel Fourniret, also called the monster of the Ardennes and his wife Monique. He has raped and murdered 7 young girls in Belgium and France. This at least is what he is charged for. His wife accuses him of 11 murders and probably nobody will know exactly how many girls he really killed.

The Belgian people were especially touched by destiny of little Elisabeth Brichet who was 12 years old and had disappeared the 20 dec 1989 in Namur (Belgium). From that day on until Fourniret was arrested and confessed having killed her, her parents, the police and the whole country was looking for her until he was arrested in 2003. She was seen everywhere in the world. From Spain till Australia. The parents lived a nightmare during all these years until she was finally found at the Château de Sautou (France) on July 3 2004. 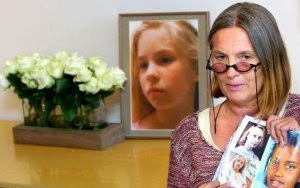 This case was especially vicious. Fourniret always proceeded the same way. He and his wife were asking the way to somewhere to a young girl and then pulled her in the car. When Elisabet left the house of a girl friend in her hometown Namur (Belgium), Fourniret asked her to climb in his car and show him the way to a doctor because his little 15 months old son was sick. Elisabeth saw wife and baby in the car and helpful as she was she climbed in the car. He took her to this castle where he raped and strangled her. Fourniret told her "This is the end of the trip, it's finished".

Of course we all follow the trial on TV and the way Fourniret behaves is just disgusting. He wants to set his own rules, be a star and said he cared very much about what will be written about him for the history !! 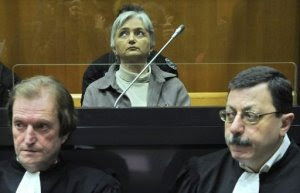 I personally have never heard about a rapist and killer who commited his crimes with the help of his own wife ! What kind of woman is this Monique ?? She is mother of 3 children (all boys)

I received this Award from Nekked Lizard and appreciate very much, because I think it's the only award I really earn !

Gattina, I hope this Monster get all he deserves, I hope they "casterate" him then let him rot in jail and throw away the key. and if she helped she also should be thrown in jail and the key thrown away..

arghhhh... they are beasts! I hope they get the death sentence.

Regarding the Weekend Snapshot, you put up a post on how you spent your weekend. When you have done your first post and link it to the site, email the site master and she will put you on the blogroll.

It's suppose to be on Monday but I usually post it on Sunday. :)

Oh my, that is terrible. My heart goes out to all the poor victims and their families.

Congrats on your very-well desreved award. To keep your blog family friendly I will continue my thoughts on Mr Monster is German:

I can't even imagine the nightmare for all those families. The term beasts doesn't even come close to describing them.

this is a very disgusting story and very tragic too. i don't understand this wife too,being a mother herself.

What a terrible story. Recently they found a girl who had been imprisoned by a crazy man AND HIS WIFE for 15 years. She bore two of his children and he made her live in his back yard in a shack! The trial is still going on, but the family of the girl is happy to have her and her children home safely!