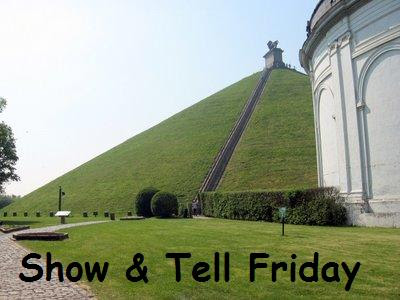 More Show & Tell participants are at our host Kelly


As you maybe know I am living in Waterloo near Brussels the famous battle field of Napoleon.
And as a good Waterloo citizen I have a few items concerning this battle. 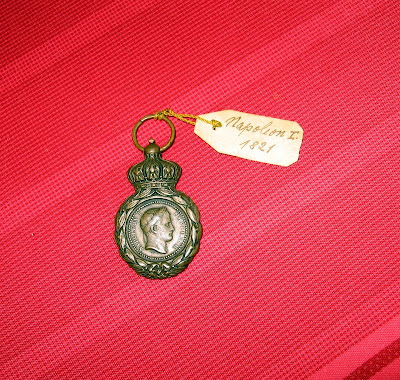 This is one of the very rare medals which Napoleon gave to his soldiers who shared the exile with him in St. Helena. I lent it already several times to the Wellington Museum in Waterloo. Apparently there are only about 160 of these medals remaining in the whole world. 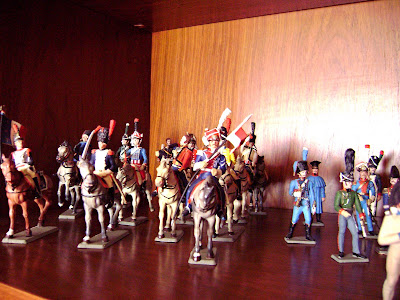 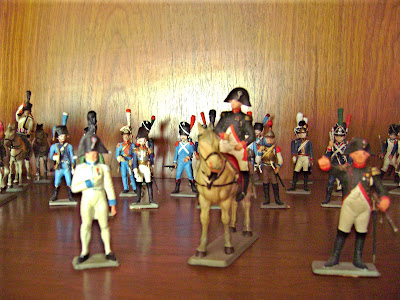 Mr. Gattino of course has the whole battle with the French, German, Dutch, and British soldiers.
Posted by Gattina at 07:36

That's a lovely collection, and so appropriate to the place you live!
I did not know you could borrow items at a museum?

Wow what a great collection history in the making.
and a medal to be proud of.

Oh wow....Gattina, my hubby BUD would give his eye teeth for Mr. Gattino's soldier collection!!!! [He's a Napoleon addict...has all the books written about him. Well, not all, but dozens and dozens!]

My Show n Tell is bargains I got this week. Do drop by and say hi!!

Ohhhhhh my gosh! Dennis would be SO jealous of that collection! WOW!

WOW!!! Those are fabulous.
Susan

It's so wonderful that you can own such a rare medal. Thanks for sharing!

What a lovely collection of soldiers! I enjoyed your Show and Tell today :)

Now that is an awesome show and tell--one of your best evers!! (so much more interesting than, shall I say, cats ;-)). I think it is fascinating!

oh , ps --love your wallpaper--the sides of your blog--the flowers are so cheerful!

This is something! You have quite a great collection. Thanks for sharing it today.

I hope you are doing well. I have not participated in several weeks. I am delighted that I did today. It's fun to see what you have shared.

That is a very neat treasure, Gattina! I love your soldier collection too!
~Kelli

That must be an interesting place to live. Thanks for sharing your treasures. I had to put on my sunglasses for your new blog design. :) I really like it. It looks great.
Nancy

For your daily dose of vintage goodness & a bit of silliness, stop by Confessions of an Apron Queen, the home of Vintage Thingies Thursdays.

Hi Gattina, the 1821 Napoleon
medal is really awesome!!!!
It is a very valuable treasure,
of course it documents the Napoleonic War. WOW!

You've been very quiet lately. I hope all is well.