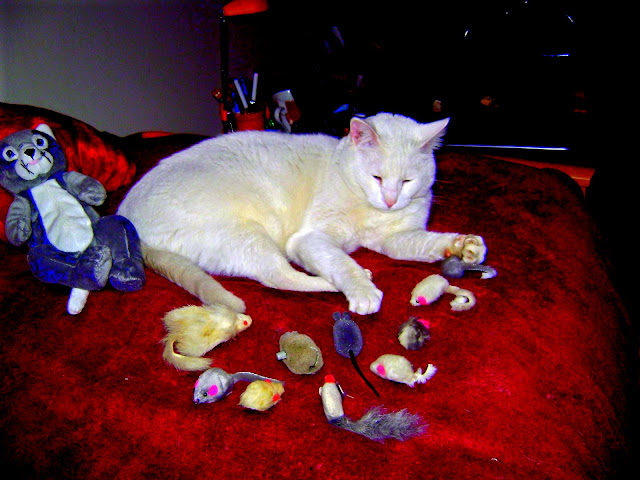 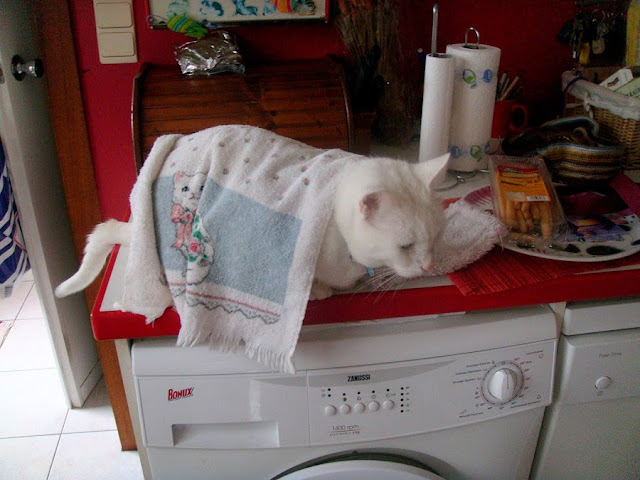 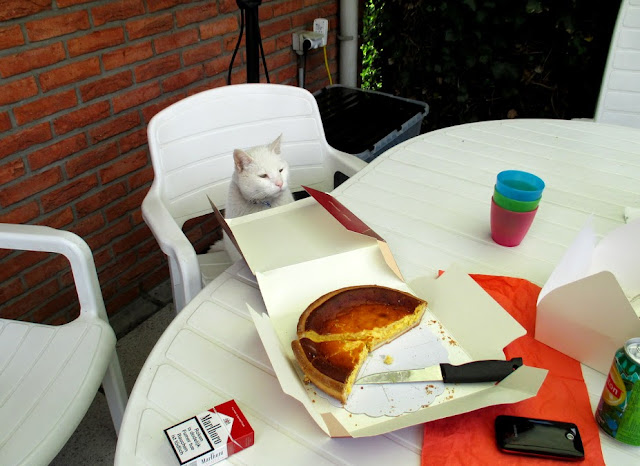 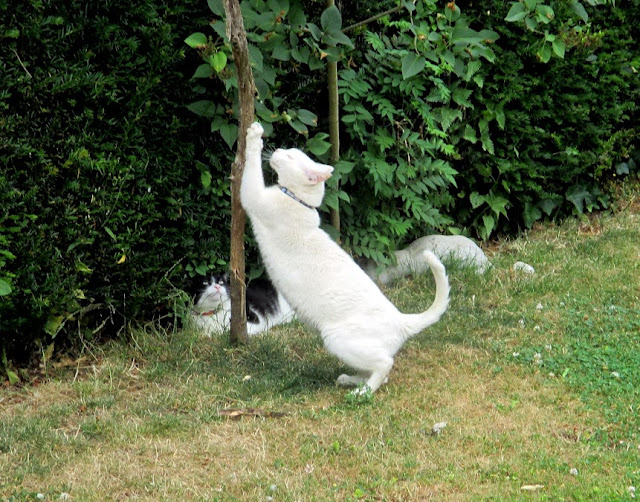 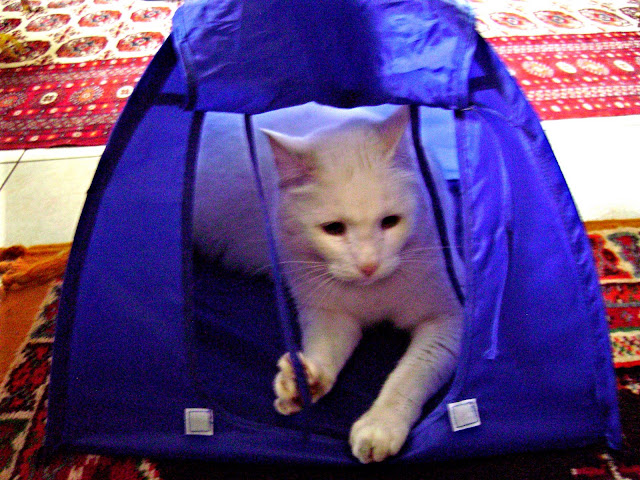 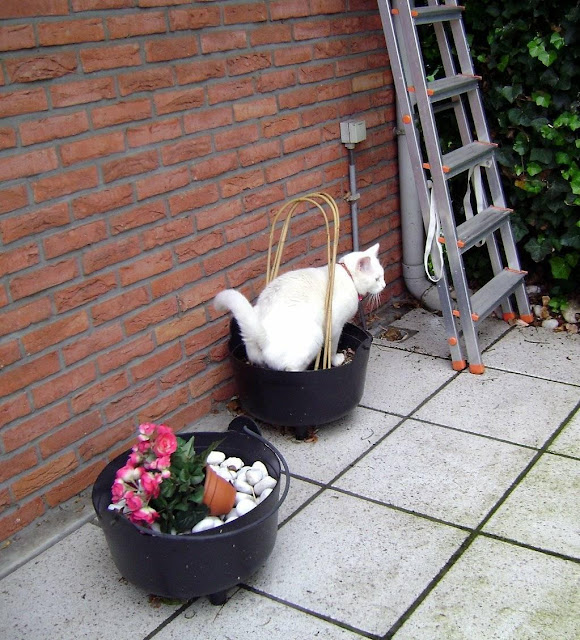 Saturday it was awful outside ! It was very windy, it rained just a weather to stay home ! That's what I did. But I wanted to see the Grand'Place where they had put up the yearly Christmas Tree. In the past the firs came from Sweden or another Northern country. This year it came from the German speaking part of Belgium from a private family ! The tree had become too big for their garden so that they offered it to the City of Brussels. Thanks to Webcams I could see it on my screen and that's what I saw : 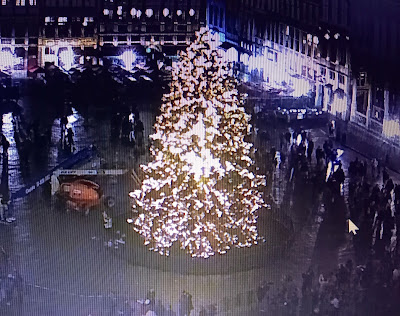 Anyway it remains there until January so I have time to go there when it's not raining ! In the afternoon we had a little neighbor meeting of the 3 widows, the 4th was invited to a birthday from I don't remember how many great great children she has. It was nice for me to ask for addresses, for eventual problems with electricity or if I would need a plumber. We also agreed to go together to the Waterloo Christmas party for seniors which this year has a performance of Gospel singers.

I also checked my travel documents for my trip to Switzerland, which is approaching and went for a visit to Nicole and this time I could take some pictures. 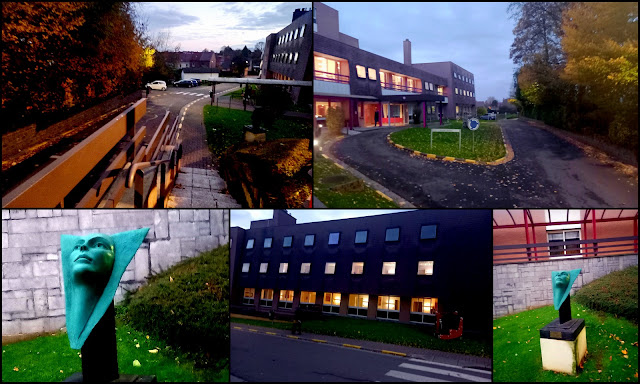 In fact it is the same building where I attended my paining classes during nearly 20 years. Now it looks very modern and nice inside but the senior residence is a bit old although repainted and refreshed. The rooms are very small, and there is only a toilet and no bathroom ! Nicole now wants to stay there, she is getting used to it, she is well taken care of and the food is very good. Anyway she says I sleep all day when there is nothing to do. There are activities, but or they are too childish for her or too difficult. But she found two ladies who also play scrabble so she was happy.

It's the official retirement home of the city and not a private one. I personally prefer the home where Rick was it is more familiar and small and cozy, while this looks more like a hospital and is so big that  the first time it took me 15 min until I found her room ! There are miles to walk through loooong corridors.

On Sunday it still rained and I also had breathing problems. I wanted to go out for a little photo hunting, but the rain stopped me. Finally I landed in the (posh) Waterloo gallery where some people walked around or lined up for the movie tickets. There was nothing interesting and anyway as it was Sunday all boutiques were closed. I returned home, and stopped at Louquette's to choose the day for the Gospel songs and the hour because I have to pick up the tickets. 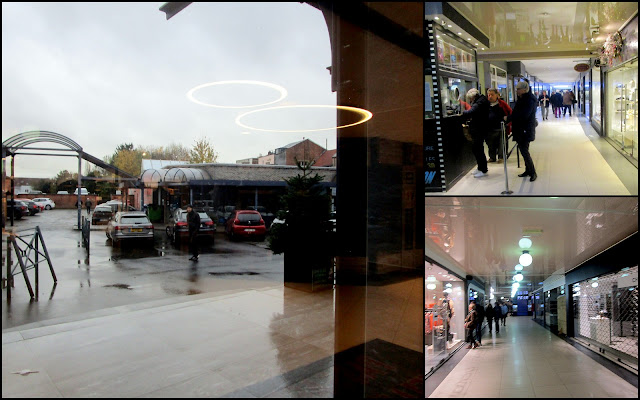 As you can see the whole parking is wet !

Late afternoon Adeline came for the latest news and also to confirm that she comes with us for the Gospel songs. 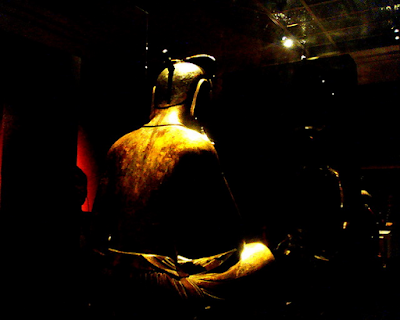 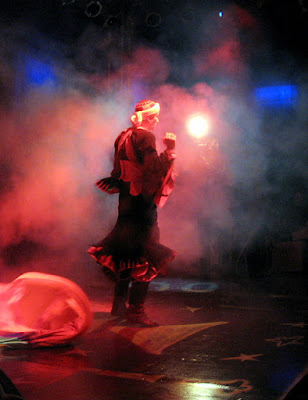 I also worked a bit on my photo creations which keep me busy and let me  forget everything.