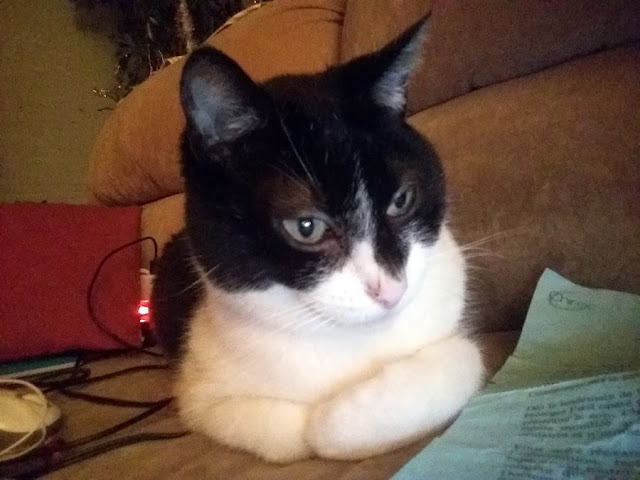 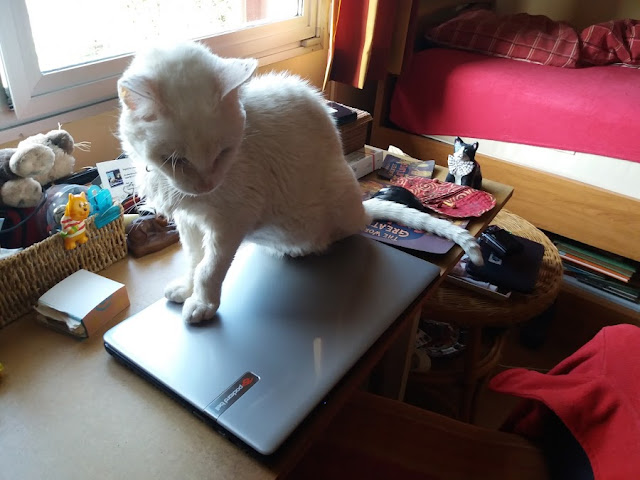 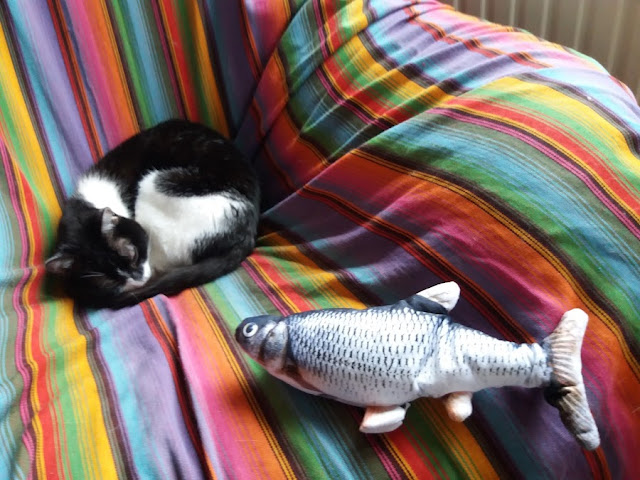 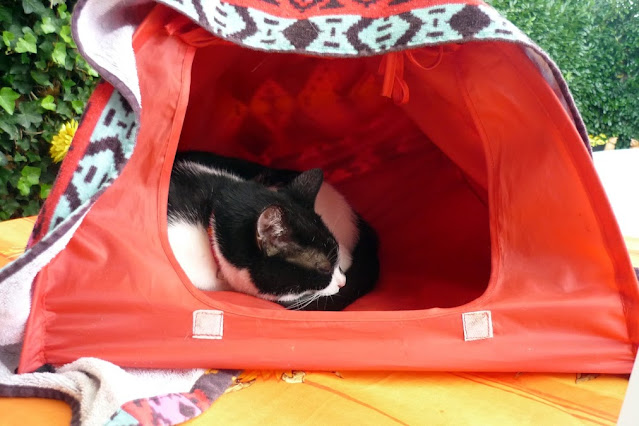 This weekend my son wanted to come and see his Dad again. I told him that now everything is OK and that Rixk mostly sleeps. I was a bit worried about my son,  he looked so tired and apparently doesn't sleep very well either, I thought it would be better to stay home and rest. But he preferred to come.

Honestly I was happy to have his company, although he spent most of the time with his Dad. We both didn't feel going to a restaurant and I had bought two ready made plates. I had Couscous and he Pasta arrabiata (the spicy sauce) Then he went to say hello to a friend and I watched a movie and then went to bed.

On Sunday morning when I woke up he had already disappeared. I knew that he wanted to got to the market  which didn't interest me, anyway I have first to wake up slowly before I get up because of my breathing problem. This morning it was worse then the other days. I never know before !. I drank my coffee, watched the News and dressed. Meanwhile he had come back had bought croissants which he ate all, as I had already eaten the part of my breakfast and what I had prepared for him was still there.

While he was away I had discovered that on the farm Mont St. Jean where Wellington had installed the hospital for his wounded soldiers, was a Wicking fest. 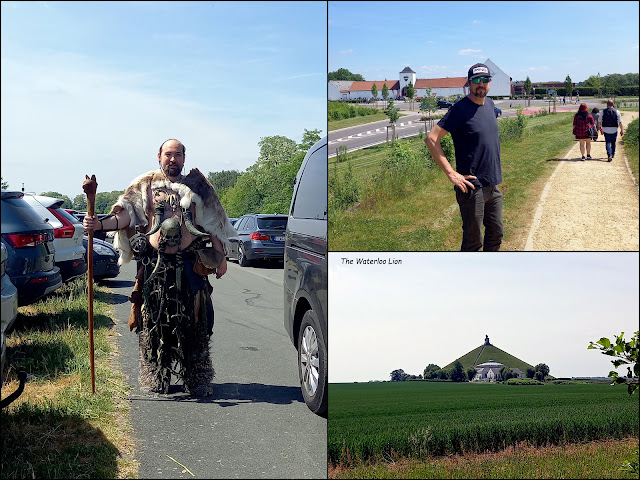 I thought that would be nice to cheer us up and we could eat there too. Unfortunately there were so many people and it was difficult to walk on the old cobble stones, that I had to sit down twice because I was breathless.

We decided not to eat in this crowd I had seen enough, and had taken my pictures. I waited until my son had found the car and picked me up so that I didn't have to walk.

We ended up not in our "old Greek restaurant" which was closed but one just two houses further. It was very good and portions for a giant ! Son ate it all. I had an enormous Durum which I couldn't finish and thought I take it home and eat it for supper. 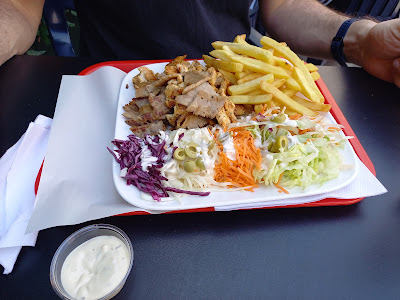 They had a nice little garden so we could eat outside. 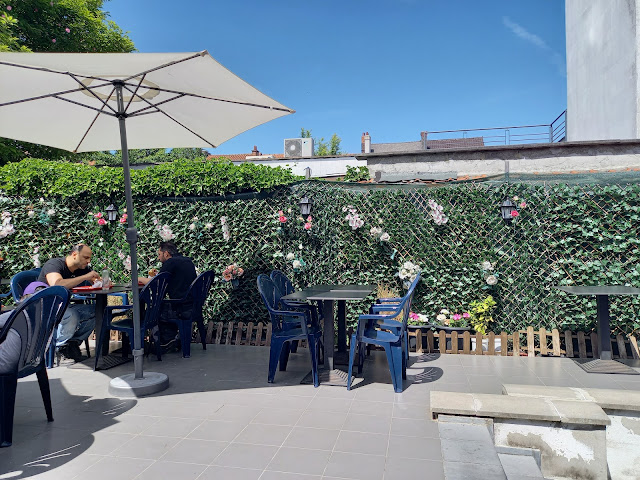 We returned home, i.e he let me out and continued to see his father sleep. That's what Rick does mostly now. I was feeling weak and fell on the sofa.

Then I got crazy because I couldn't find my smartphone anymore. I looked everywhere and as I don't even know my own telephone number. I called son on Messenger with my computer. No answer finally I sent him a mail. I don't know his number by heart either. Exhausted I sat down and looked for the remote control which had also disappeared. It was my day. But falling on the sofa I felt something under me .... I was sitting on my telephone and the remote control showed up too. I had to laugh about myself, but at the same time I was worried because I can't allow myself to get a depression or worse.

Rick has slept most of the time while his son was there and probably didn't even realize that he was there which in one way is good, because since I know him he hated when being sick that somebody sits in his room and watches over him. But I can't tell that, I am sure my son wouldn't believe me. Maybe he loves to be watched when he sleeps. Each person is different. I was happy that he has checked that everything was OK with Rick and that now he is well taken care of. That would have be the occasion for me to take some forces. Unfortunately it did not. Tomorrow I will go.

Then he left returning to Amsterdam and I felt completely worn out. All things that needed to be done were left, well I ask somebody else.

I miss Rick more and more, he always comforted and supported me for 52 years . Of course we had our up and downs and thunderstorms, but nothing really serious. Nobody could ever separate us we were a team  besides being a couple.

Now the only one who shares my sorrow and serves as fury tissue  is little Rosie. At least animals always love you and  never disappoint you. 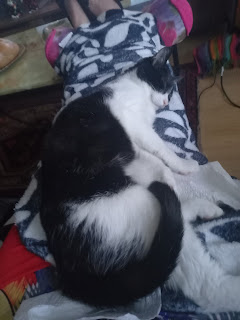