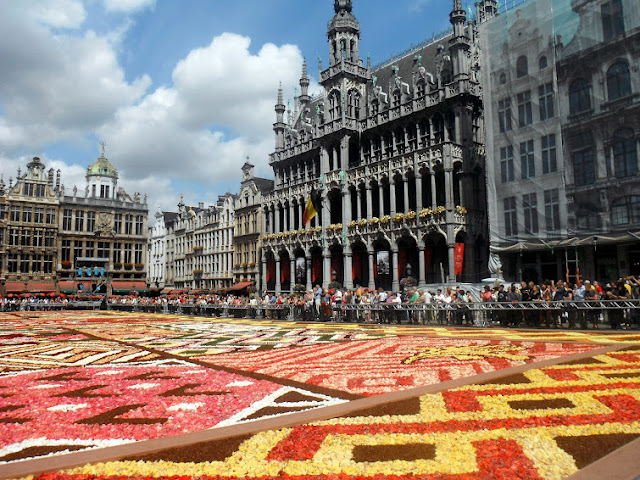 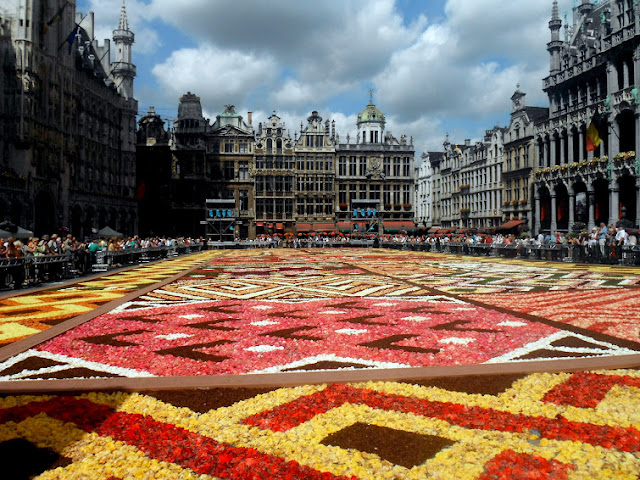 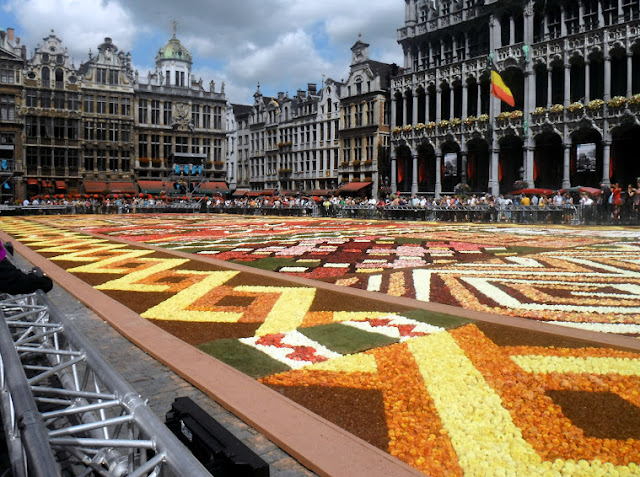 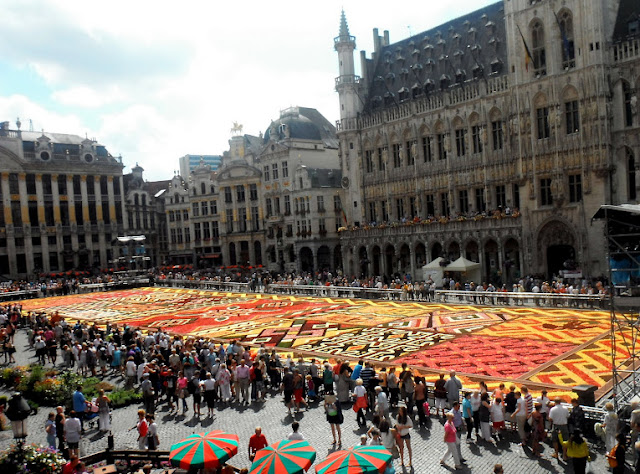 Flower carpet on the grand'Place in Brussels

For the first time since at least a year or even more I managed to convince Mr. G to invite his friend for her birthday into a restaurant ! Of course it had to be an Italian restaurant and I suggested "our" Dolce Vita where I often go with my  friends. 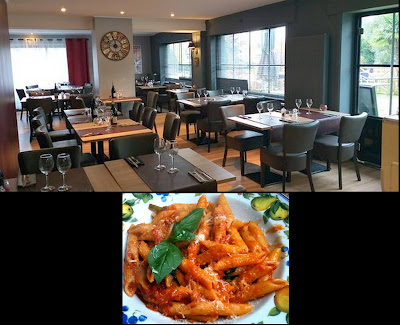 Fortunately it was a day where he felt good. Our friend picked him up from the retirement home and said he wasn't there for lunch. I was pleasantly surprised when I saw him, he was even dressed up. The black jeans I had bought him fit like a glove and he couldn't tell anymore they were too tight!

Of course, walking around in training pants for more than a year makes all pants feel tight. He was finally able to eat his favorite food "The penne al Arabbiata"  a plate too spicy for me but he had a very good appetite. After an ice cream, we drove to cat Rosie, when I say home he always thinks of his new one. Rosie's house is just the old home. 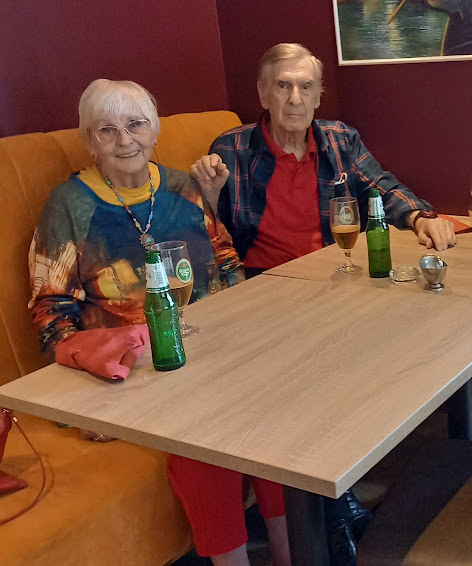 Fortunately, Rosie came to greet him quite quickly as all cats she had first to think it over, we had a  coffee and at 5 he wanted to go home. 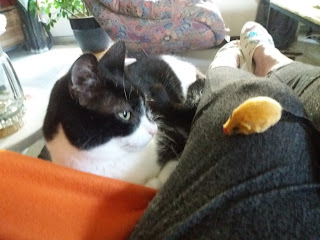 It was a really nice afternoon, but in the evening I was exhausted. I was so stressed that everything could go wrong ! But it did not !

During the week  I had done my shopping at Aldi's and got two of these little smilies. Just for fun I had brought them to Mr. G. who found them so cute that he wanted more ! I told my friends ..... 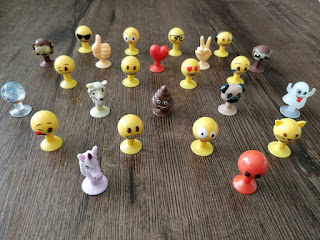 It was like  a tam tam through the bush, I got a box with smilies from Myriam, don't know how many are in there and all the others try to find  more smilies. It was really touching.

I brought him the first load and told him he can make a battle of Waterloo with smilies. I don't know if he had it done yet, because we sat with the others in the garden in the warm sunshine and everybody seemed to be happy. Except me I had forgotten my phone and couldn't take pictures !!

When I returned home I was again very tired went to bed at 9 pm read a bit and the fell asleep  shortly and woke up at 8 am !

Today (Monday) I have to go with him for new glasses, I realized that he doesn't see very well anymore. I hope that it will work well  ! You never know if he is able to walk, if he is dizzy, or if he is not feeling well.  I just have to wait and see !