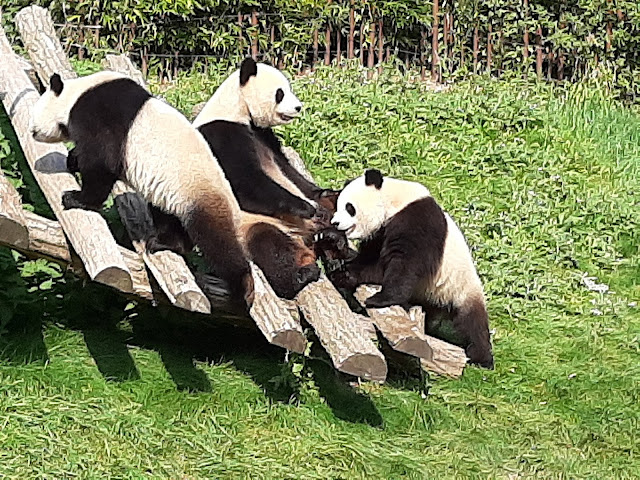 Get out but slowly ! 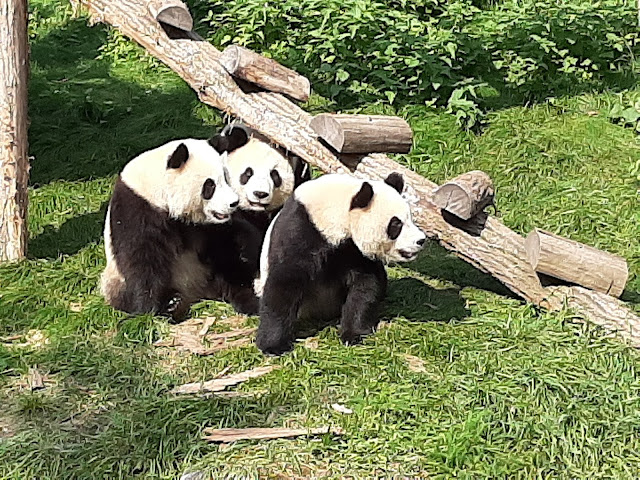 Geez ! Look at all these people watching us !! 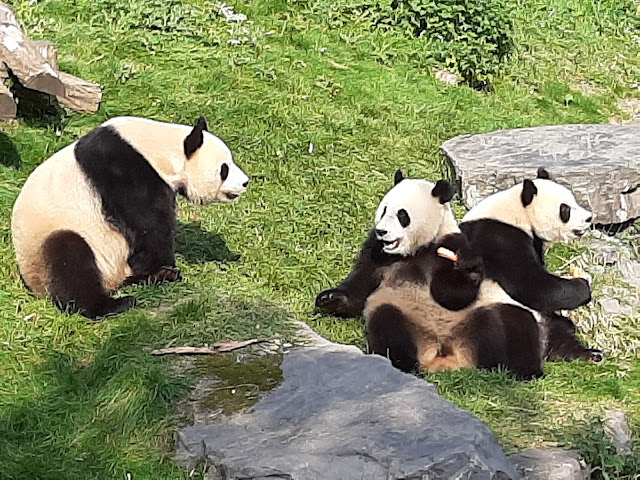 For once  ! Behave yourself  they will watch every move !!

On Saturday afternoon my son and Toby came from Amsterdam, first to pick up Toby's little friend Benji and then Mr. G who wanted to see the three of us together so I proposed that he should come with son and grandson to his "old " home.

They arrived around 3 and we spent a nice afternoon together 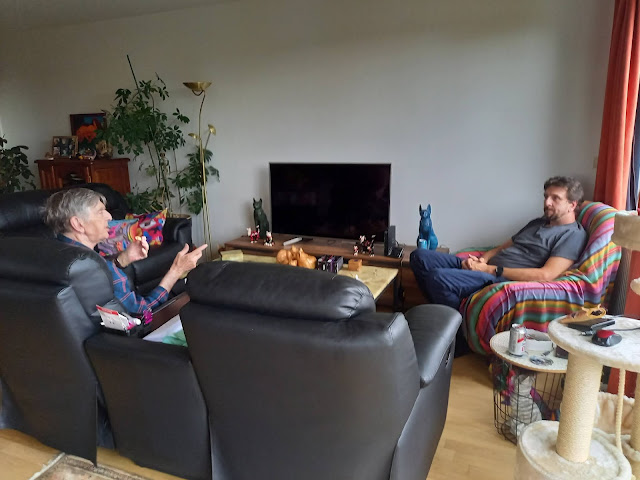 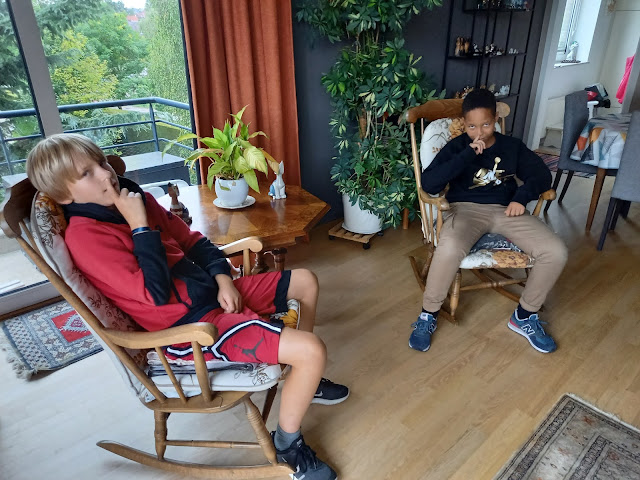 Grandson and friend
Later Benj'is father arrived too , and then Mr. G. wanted to go home he was afraid to miss his supper which is quite early at 5.30 - 6 pm. Both son and grandson spent the night with my son's friend so that the "little" once could play together and the young fathers who know each other from teenage on too. No problem with wine drinking because nobody had to drive. In Belgium it's 0° tolerance.
I was a bit disappointed that they left me alone, I don't know if it was a misunderstanding because next day when I saw Benji's mother she thought I was too tired to come ! Which was certainly not the case !
Sunday was a complete flop. I had understood that my son would come after Brunch or Lunch and spend the afternoon with me, because Mr. G. had his formular 1 but he informed me that he would go first to him and come to me at 4 pm. I must say I felt more then disappointed,
I had some little things to have him do, and then I also wanted to talk to him about the future. Probably he thought he only will hear problems and shortened the time to a minimum. So I went alone to the Waterloo Garden festival of which I will talk tomorrow.
Finally he arrived and hang my painting on the wall; It's a wall in concrete and you need a driller to make hole. 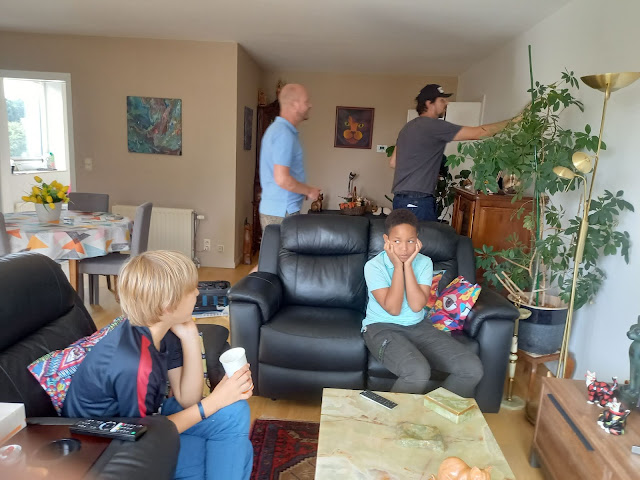 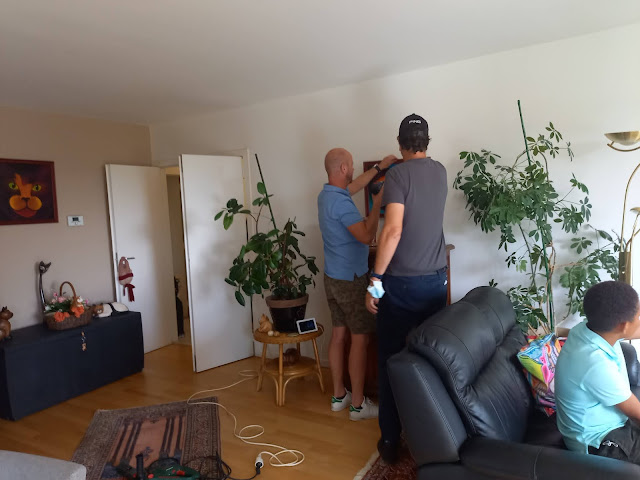 and here are the two Dads drilling the hole in the wall. The blond one is the Dad of Benji.
Then they had a well earned beer and Dario also repaired my TV, the hard disk was blocked and I didn't know what to do. I couldn't watch my recorded movies.
Now they all left and I thought now that I live alone friends of my son who used to pop in to say hello, don't come anymore they probably think I will only talk about my miseries ! In fact company is good for me because then I can forget all my worries for a while.