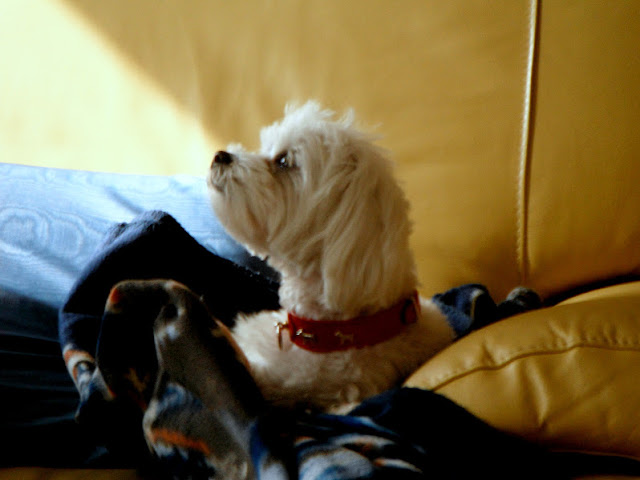 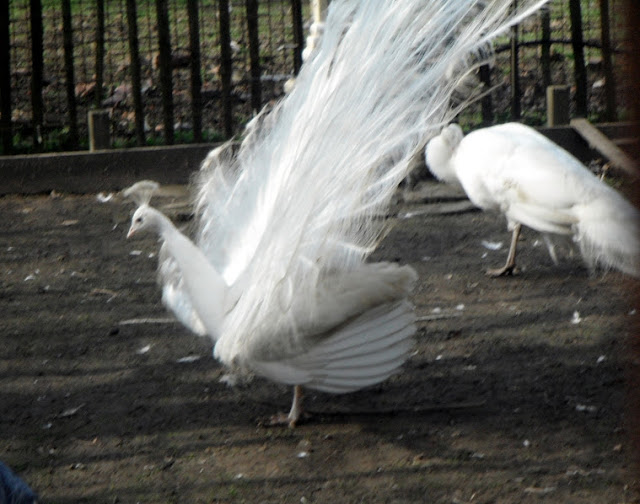 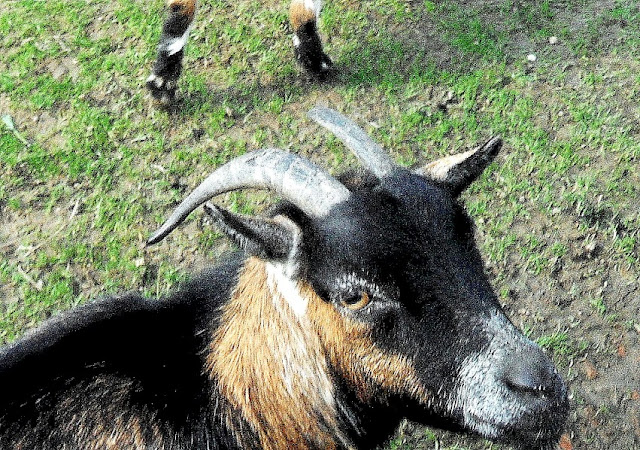 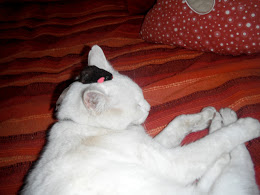 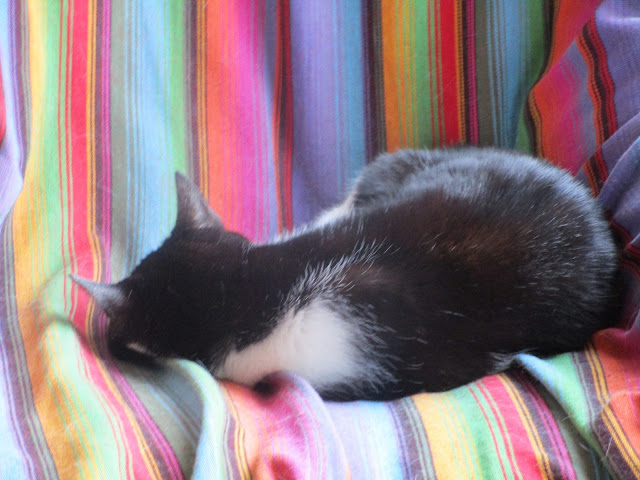 Saturday the summer weather had changed into a misty cool day from 26° we suddenly had 12°, and had to return to autumn clothes ! I felt like the bad weather I was tired and a little dizzy.

In the afternoon I did some shopping bought a new basket for Miss Rosie and then went to see Mr. G. He had been returned to our hospital to stay there for a few days because they had to do  a scan again and found a slight bleeding. Now a second has to be done to see if the bleeding has stopped. I don't know how many days he has to stay here. After spending hours on the phone to get his doctor on the phone, I was completely exhausted in the evening. Fortunately I found him looking as if he was in best health and he spoke also clearly. What a vicious disease this Parkinson ! 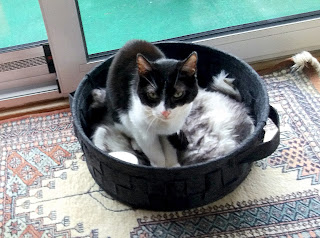 Rosie makes pasta in her new basket and is happy ! At least one in the family !

Sunday morning the sun was there again but it was not very hot, as the weatherman had foreseen. 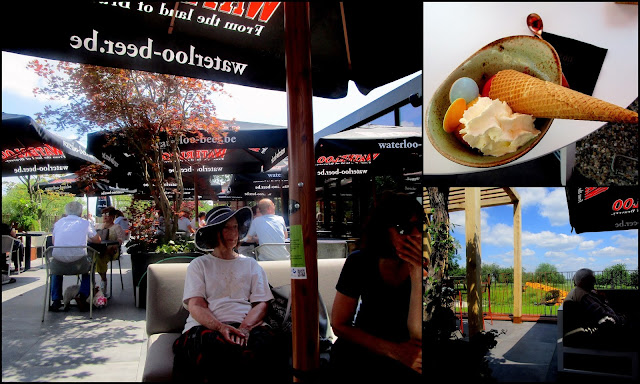 Fortunately he was wrong and it became so warm that Myriam and I decided to have an ice cream on the now even more beautiful terrace of the Mont St. Jean farm. Nicole and her daughter joined us and we stayed there enjoying the sunshine and the beautiful view and of course the delicious ice cream. Nicole  and her daughter sit under the new parasols.

I had to leave a little earlier because I wanted to see Mr. G before his scan tomorrow. I was allowed to visit him over the weekend for two hours. Unfortunately it was a bad day for him  so I stayed not too long but long enough to put some things right with the nurses. I can understand that it is the weekend and they were only two but still they have to  give priority to people who can't handle things alone.

Now I have to wait for the verdict on Tuesday or Wednesday.