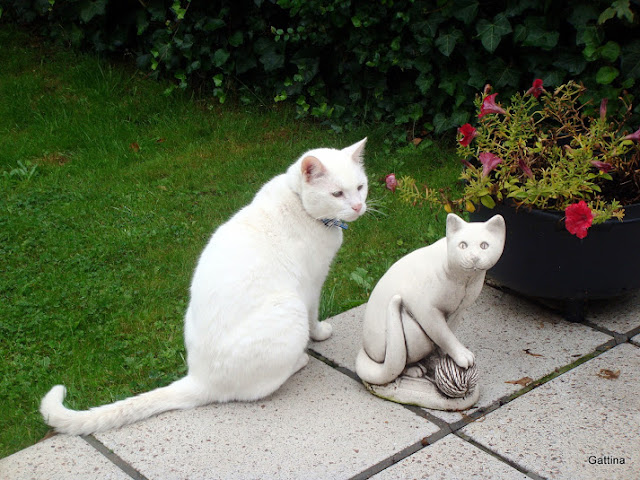 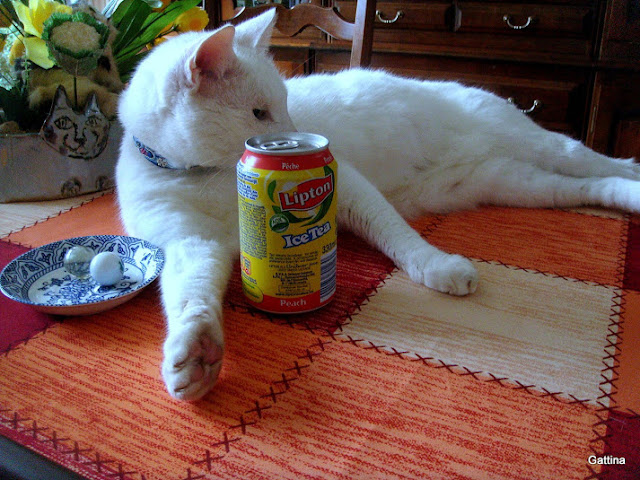 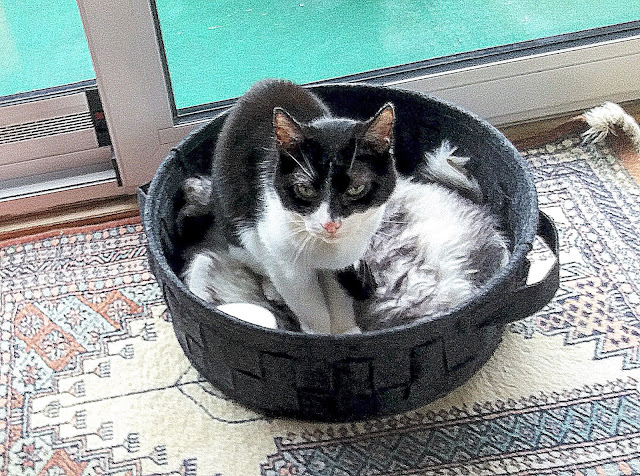 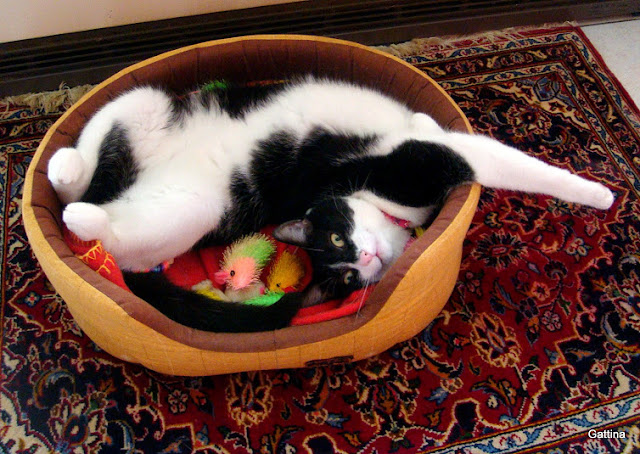 We celebrated the birthday of one of our painting group member (forgot again to take pictures and on purpose) I parked my car opposite of the restaurant didn't see the "sleeping policeman" and fell with full length on the ground, on my nose, forehead, ellbows, hands and the worst were my knees ! I hadn't seen this dammit thing. Two women helped to pick me up and I sat down for a while because I felt dizzy. It was a miracle that my glasses were not broken. After a while I got up and slowly walked to the Restaurant's entrance.

Nothing hurt so far except one knee, we had a wonderful Chinese lunch and were 5 all together. At 3 pm we finally left and I went home. The first thing I wanted to do was to put creme on my knees so that they won't swell. But when I took off my trousers I saw that my left knee was open and I was bleeding like a slaughtered pig. The blood was all over the leg and it kept bleeding. The fabric of the trousers had sucked it up ! I hadn't seen it because of the dark colors.  Finally, I stopped the blood with compresses and put a thick bandage around my knee. My leg hurt a lot but then it got better in bed.

The next day I got out of my bed, hopped to the door to open for Maria the cleaning lady and then lay down because my whole body hurt now ! Fortunately late afternoon it was better and I could do a little shopping for  what I immediately needed.

On Sunday all my bones hurt,  I took a hot shower and thought it would make it better, but not very much and I had to drive to Mr. G and bring him fresh laundry and take the dirty one with me. He was not in a very good mood somebody had talked about the retirement home and he thought he had to go there next week. It took me some time to explain that it was not for now but in weeks or months depending on his  health. Some people really don't understand that he has difficulties with the days and month. He lives day by day. I was quite angry because it took me some time to calm him down. I asked him to come with me to the little restaurant downstairs and have an ice cream or coffee sitting in the sunshine on the terrace. Myriam had come with me just because she thought maybe I would feel unwell, but everything went smooth.. Unfortunately Mr. G. didn't want to come with me there was nothing to do but he waved to us. He was so tired because of his agitated morning where he worried about the retirement home and now wanted to sleep. Even his beloved Formular 1 didn't interest him.

Bevor talking to a person with Parkinson one should inform himself how to handle and what to say to people with this disease. They think they do good and there are just doing the opposite.

After this spoiled afternoon I drove Myriam home who tried the whole way long to comfort me and then I just had the energy to finish my post. 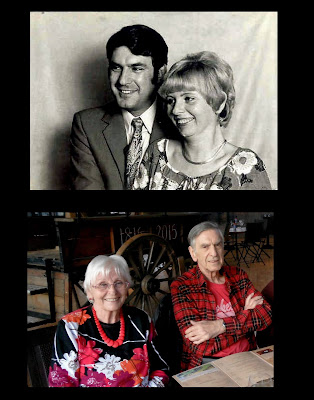