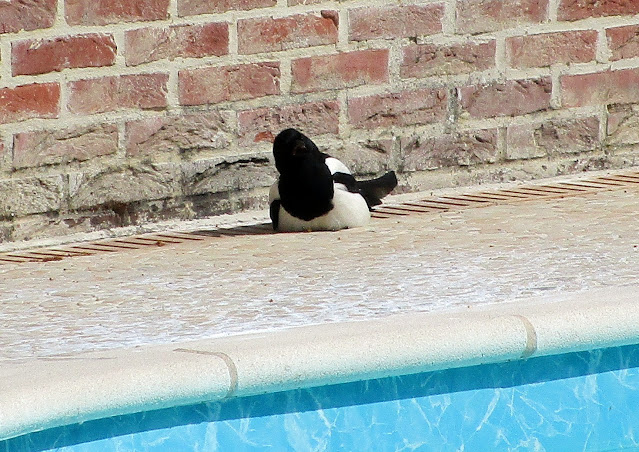 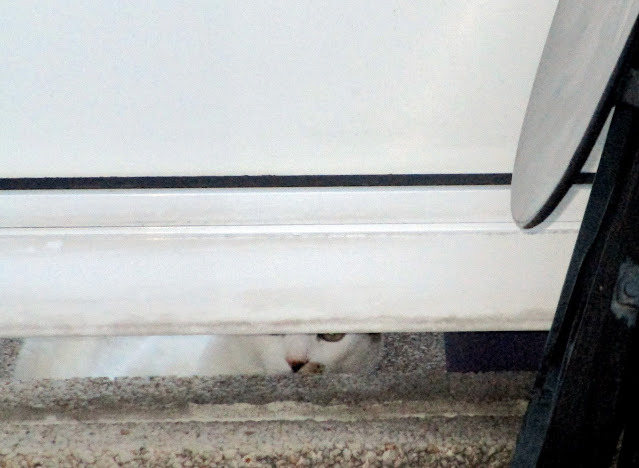 our neighbor lurking on Rosie 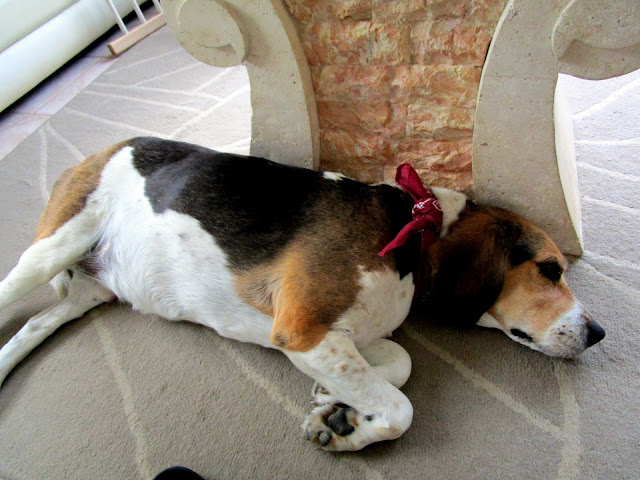 Thanks to the still lasting half lockdown, I have the feeling to live in a retirement home but alone ! Restaurants, and everything which could distract you are still closed and the now open terraces are empty because they are litteraly blown away by a strong wind and rain.

Saturday morning my cleaning lady landed in front of our building, I say landing because she told me the wind blow so hard that the was pushed to entrance ! I prepared the fresh laundry for Mr.G and then had lunch. I had to do some shopping for him he needed Wafels again and I also bought him sushis, because he loves them. Then I returned home put my stuff away and watched a movie. I saw the beginning and then something with animals and realized that I had fallen asleep nearly for more then an hour. I had a cup of coffee and watched my movie again.

I had called Mr. G in the morning and he spoke quite well for a little while, same at lunch but in the evening it was again hard to understand him. But I am optimistic again it seems that the new dosage starts to work !

Besides two phone calls I only talked to cat Rosie. And this has been my adventurous saturday ! 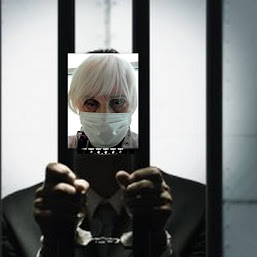 On Sunday morning I wanted to sleep a little longer, outside it was again awful, but as it is when you want to sleep you wake up with the roosters !

I had ordered 2 pullovers and after 6 weeks they finally arrived just when I thought I would complain. So I had something new to dress for Mr. G in the clinic. Of course he didn't realize that I had something new and asked me when he could come home. Difficult question because I don't know. He is still confused but speaks much better, but for walking he is not sure and looses quickly the balance.

The sun had come out and it was a pity that we couldn't sit outside on the terrace of the restaurant, but for that he is still too weak.

I said hello to Myriam who lives on my way back home and we chatted a bit while watching a documentary about a very beautiful home for abandonned animals. 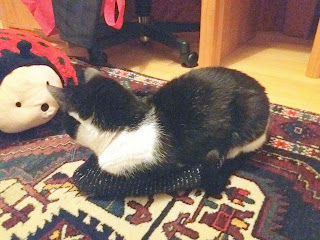 Rosie is lucky since she was born 14 years ago, she had never been homeless and always with us.