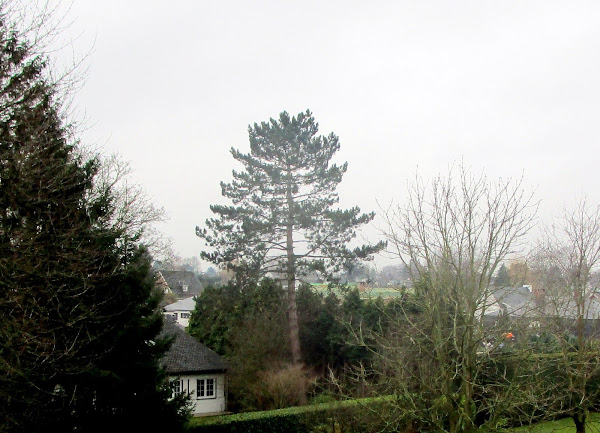 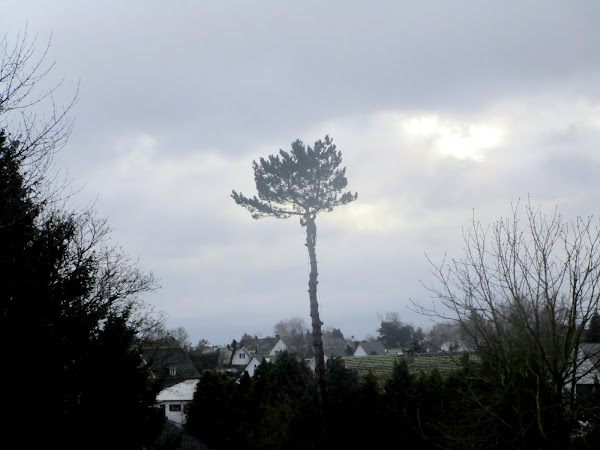 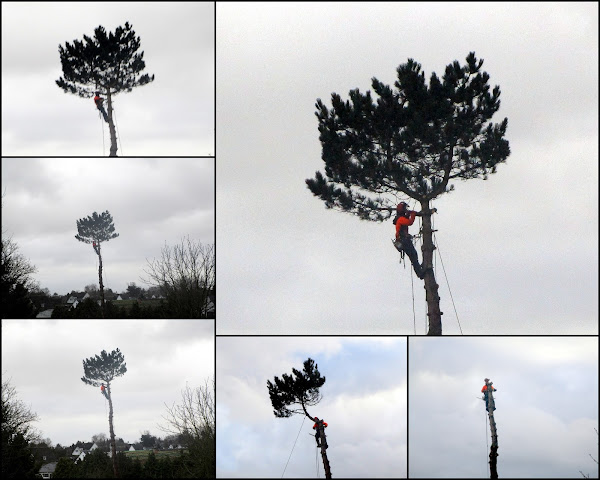 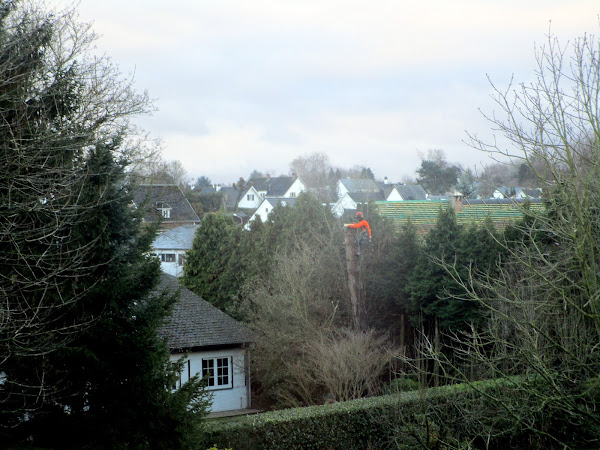 We had home cinema today from our living room. First the view was as every day a big fir !

Then suddenly when we looked out again all branches were gone and just the head was still standing ! We started to take pictures and admired the guy who was sawing so high up ! And slowly slowly the fir became smaller and smaller until only the trunk remained with the guy now standing on a ladder.

We thought what a hard work that was to cut such a big tree ! 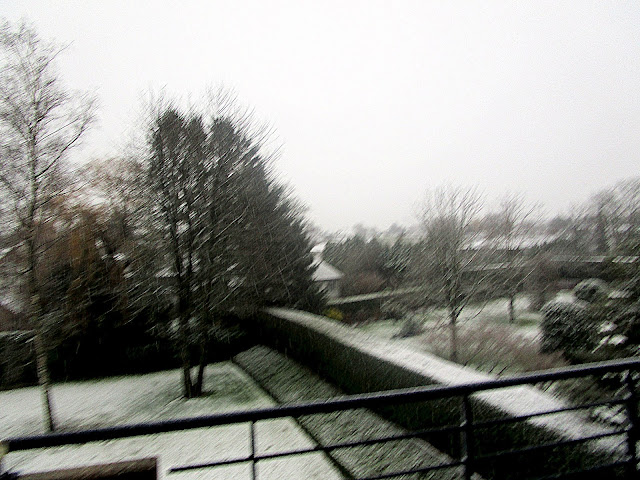 and now when I look outside I see other houses ! Meanwhile it had snowed a bit !

When spring arrives all those beautiful and fresh bright green leaves on trees will block some of your views. We know all about that.

Sometimes seeing someone working outside the house can be entertaining. Now you have even more to see.

I wonder why they cut off the branches. I wouldn't think the tree will live long like that.

A live show, so close. What could be better?

It's surprising what we find as entertainment during a pandemic lol

It's fun to watch them do this isn't it. It's so necessary too. Falling into someones home is not a good thing.

Thank you for joining the Wordless Wednesday Blog Hop.

Have a fabulous Wordless Wednesday, Gattina. ♥

That is one heck of a haircut for that tree!

Memories of Eric and Flynn said...

It has opened up the view, but is a dangerous job to do. My husband used to be a tree surgeon when he was younger and I always worried until he came safely back home.

We are sure the remains of the tree will disappear. We see that happen in our village as they remove trees that could come down in a wind and fall on houses. Now you have a better view! Love your new header! Have a marvellously Happy Day!

Many greetings to you ... when I read Waterloo I immediately think of ABBA and the 70s, those were the times :-))
A winter greeting to you, I hope you get some snow and sunshine,
because the white and blue are easy fabulous.

We just had a big windstorm in our neck of the woods and meowza, there were a lot of trees down. It's better to take the weak ones down before they crash on something (or someone1)
Purrs & Head Bonks,
Alberto