On Monday I wasn't feeling well, I don't know what I had, maybe it's the lockdown syndrom ! 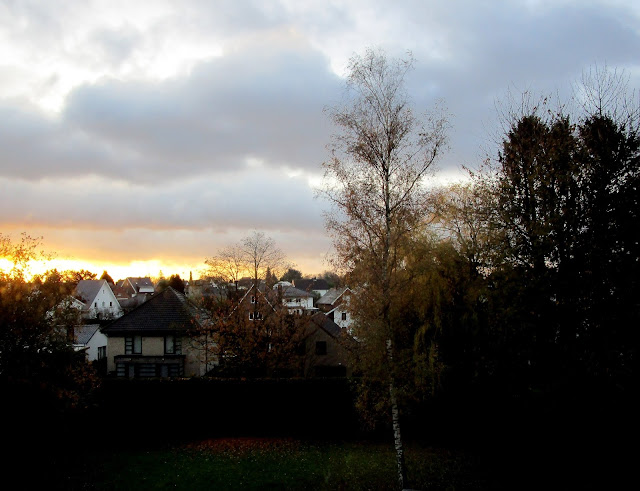 For once I was up in time to see the sunrise ! And while I prepared some blogwork I took some pictures of the view I had looking out of the window.

I still  have another carton in the basement which I have to check, the one I had carried up and locked myself in the garage, contained all cats which I had put in there for sale, it was the wrong one, I forgot to put labels on the cartons  ! This time I will be more intelligent and see what is in the box before I carry it up. I stayed at home the whole day, and finally found the courage to email a card to friends and people I know with our new address ! That took me half the afternoon and suddenly the day was over.

I had ordered Christmas gifts for me on Amazon, I thought as all shops are closed I will be without anything and it's better to do it now before the best things are sold out !! And for once I was in the mood to buy something for myself. When the parcel arrived I gave it to Mr. G and told him that these are my Christmas gifts. He wasn't very interested in the content but finally asked politely, I told him, he nodded and put the parcel away. I only hope he does remember where he put it.

On Wednesday  was the 11th of November, which we almost  did not notice, but ALL shops were closed even the food shops because it was a holiday ! Belgium and France have a free day, to celebrate the first world war which took place for over 100 years. The UK remembers this day of their veterans but have to work ! It was a real boring day, it rained it was cold and nobody on the street, only a few dog walkers ! We watched TV and I surfed, not on water but on the computer.

The next day we had our Lockdown meeting and decided to do a Scrabble. As we were 3, it was OK and we enjoyed the game very much ! It had been such a long time that we hadn't played. But sitting around a big table we had enough distance to respect the rules !

Our fridge was empty like my wallet and I went food shopping ! As I had to go to the area where we lived before I thought I would make a little tour and look at the house in which I had spent 45 years of my life ! 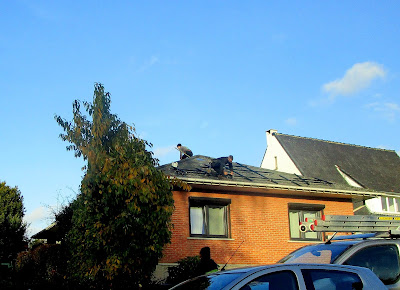 I saw men on the roof they were installing solar pannels ! The house looked good because they had also changed the window frames. I met a neighbour and chatted a bit with him, there were lots of houses for sale or for rent and on the last free ground a house was built . 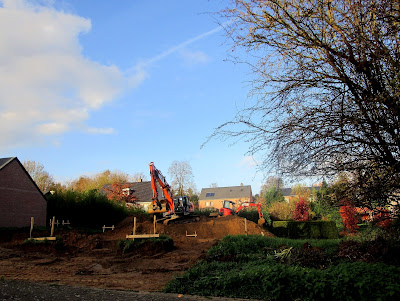 I didn't regret that we had left this part of Waterloo, it was not at all the same anymore as it used to be when we moved in 45 years ago.

When I had emptied my shopping bags and filled in the fridge, I was happy to look out of the window, with a cup of coffee and enjoyed the beautiful view now that the leaves are red or yellow and the tree is becoming naked ! 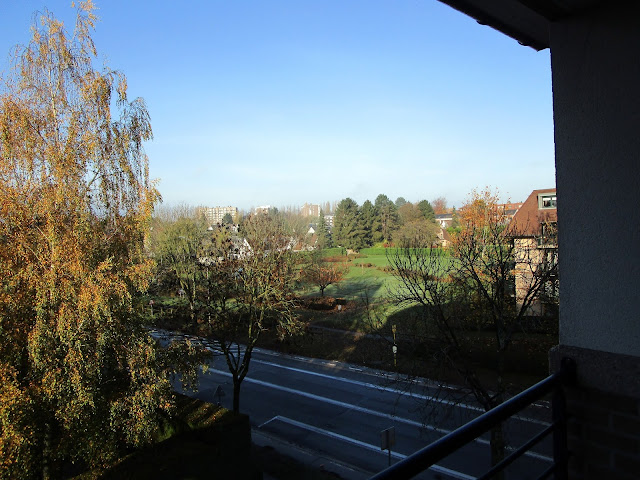 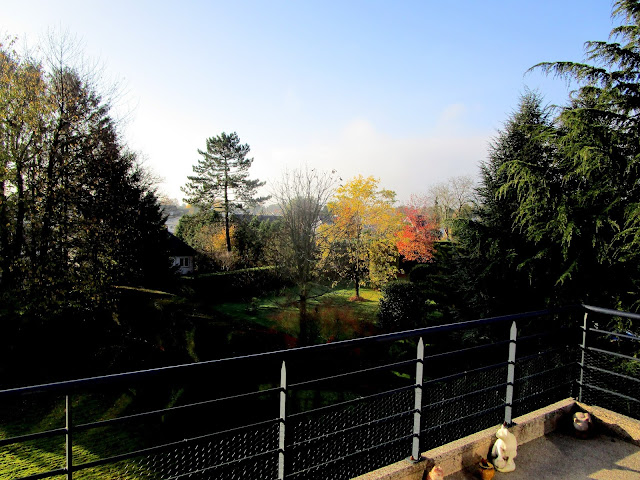 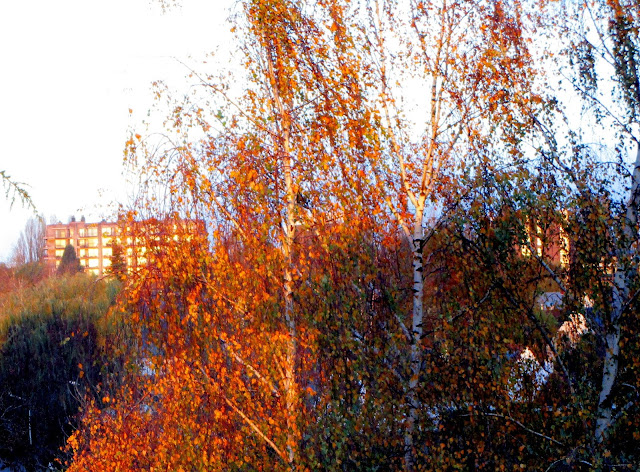 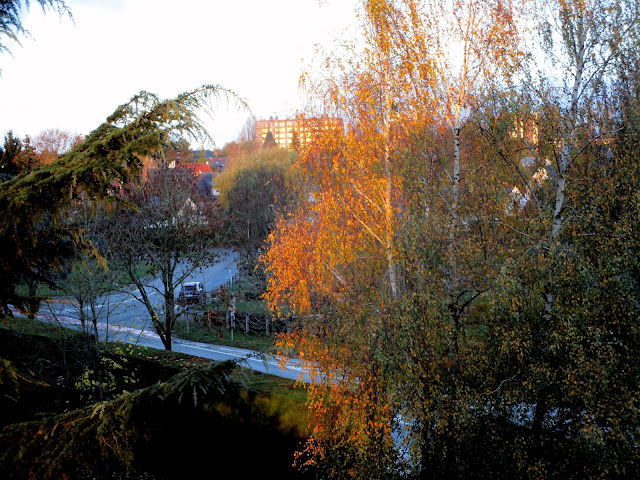 And when I saw the pictures I was satisfied that nobody could see that I had taken the photos through the windows, which means that there were clean !!

I can show them to my window cleaner !!

Solar panels is good, very good!
Neighborhoods change over the years , and not to the better.

Its good that you don't miss your old place. WE don't either. The views from your clean windows is nice. I hope you don't go too crazy with another lockdown.Thank goodness our restrictions are easing more and more. It looks like the border will be open before Christmas which means the family may be able to come for Christmas.

Glad you have no regrets about moving. You have a beautiful view.

We drive past our old home once in a while when we’re in the neighborhood. (we sold it to go traveling and never regretted it.) The new owner made it an adult foster care home... it was already quite a big house (we raised four kids in it) and he built an addition onto it, so now it is huge, So it really doesn’t seem like the same house at all. Still, lots of memories, We lived in it for 30 years.