I WILL MAKE IT

My father should have been a pastor or a teacher because each time I wanted to have an explanation of something really simple, he started at the world's beginning and ended with world's end ! Therefore I avoided to ask him anything and preferred to find out myself ! Ever since I never liked to ask a man for some help, when I could find it out myself with a little effort. I am not talking about hammering or changing tires no I mean something which can be done by my brain.

When I bought my smart phone and saw all the apps which came with it at first I was a bit lost, but slowly, slowly I installed one after the other, I mean the very important one like Whatsapp.

But then I found out that I could buy train tickets via Smart phone and just show the bar code ! I will make it I thought and I made it without asking anybody and tried it out when I went to Brussels by train where I proudly showed my smartphone with the code and the poor controller had no code reader ! All the others around me were young people with their classical tickets and me the vintage lady had a bar code on my phone !

Next app which I thought I will make it was a payment. I had already installed my bank icon and could read immediately how much monery remained on the account. I tried and I made it ! Was I proud ! I payed my trip to the Christmas market in Düsseldorf by smartphone ! Now I know how it works. There are still some apps which I could use, but I have time ! One step after the other ! 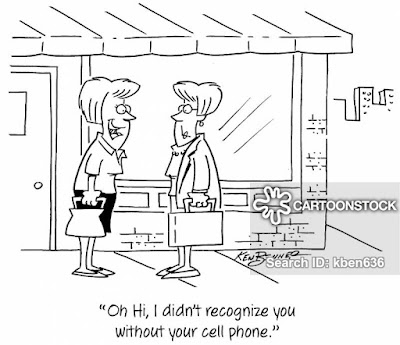 Linking to Linda G Hills SOCS-I am gonna make it
Posted by Gattina at 07:00

Labels: apps, I will make it, smart phone, SOCS

In the past, I had to go to ticket office or store to buy bus ticket from my hometown to an airport, but now I can purchase it online. I just present the bar code on the phone like you do and I really like it :-) Very convenient!

I know what you are saying and well done you. But as a one fingered typist on my phone using predictive text, me who has been texting since the mid 1990s, I am extremely envious of young people and their flexible thumbs who can type on their phones at twice the speed I can. I haven't done much with barcodes or QR codes on my phone yet, but I will.

Well, you're more advanced than me, that's for sure. I only use apps like Facebook, Messenger and Instagram. And Spotify for music. Other than that, my phone is not very smart at all.

I tend to prefer to limit what I do with my phone.