AN ADVERTISING ABOUT MAKING AN OLD COMPUTER NEW

In general I never pay attention to flyers or pubs. On our mailbox I put a sticker which are given in all post offices or shops. 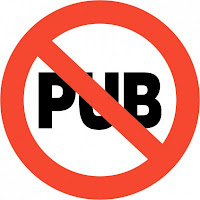 There were so many publicities in our mailbox that it was hard to find any letter but this didn't bother me that much because at our age there are mostly obituaries, and invoices.

Ever since the sign is on our mail box it is empty or sometimes some snails camp in there and eat up the mail, which means mostly invoices. My friends and most of the companies send everything per email and even cards for Easter, Birthday or now Christmas are email cards. Last year I have got exactly 2 Christmas cards by snail mail, which is the right expression they  were sent in October and arrived end December !

I have nothing against folders from supermarkets, as long as they are sent by email. I hate to waste paper, in this regard I am an ecologist.

Therefore I had to look on Internet and opened Google Chrome. My homepage is our Newspaper, which informs me about corrupted politicians, murders, accidents, natural catastrophes, and wars between x and y. And the Brexit of course, all rather bad News, seldom there is something positive like a Royal baby for example, but they can't make babies all the time.

Fortunately right on the top was this ad : 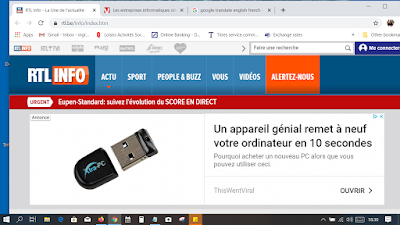 A great device makes your computer like new in ten seconds !

Thanks to this "prompt" I read it which I probably wouldn't have done normally. It says that you don't need to buy a new computer it makes your old one like new and is a nightmare for the IT companies.

It says : Instead of buying a new laptop or desktop, you should take a look at this newly launched device. It completely refurbishes your computer that is old and slow. And the best in all of this ... its price is very affordable!

As I have  an old an slow computer, I could try it ! Thanks to Linda and her idea to write about an "Ad".

It really sounds great, but I don't trust easily anybody or anything. Must google a bit to learn more !