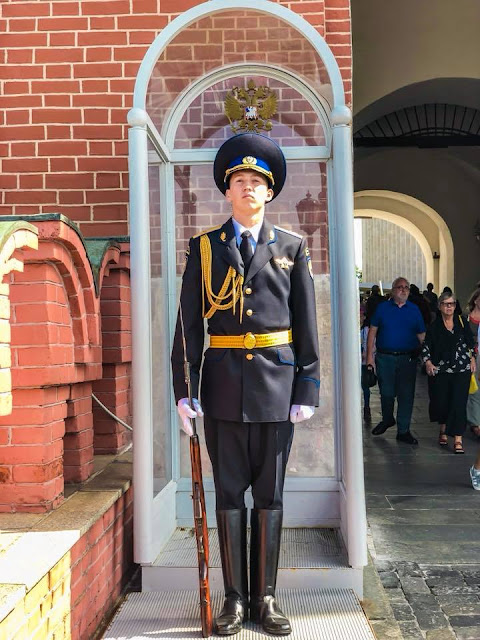 
Of course we also visited the Peterhof Palace. We went there with our bus. We had already our tickets and a Russian guide named Tatjana. She showed us a little around and then we were free to discover the domain of our own.

Peterhof Palace was built in 1703 by Peter the Great (which means Peter’s court in German). Around that time, from 1700 till 1721, Russia was at war with Sweden, and a decisive battle in Ukraine in 1709 became the turning point of the whole war. The Tsar wanted to celebrate this victory so he dedicated Peterhof to the victory over Karl XII. He got the inspiration for the palace design during a trip to France where he saw Versailles. 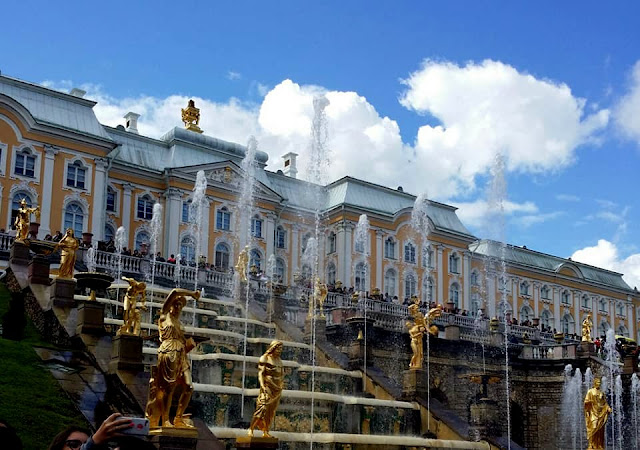