DINNER IN THE SKY

During the weekend on the site of the Waterloo Lion's Battlefield, was a very special event: Dinner in the Sky facing the Lion’s Mound. Of course I had to go there and have a look.

Every day, a chef will take you to the stars for a magical experience: a unique view at a height of 40m against the Lion while enjoying the menus concocted by the greatest chefs of the region.

From breakfast to a starred dinner, but also a gourmet lunch and an afternoon tea formula, with family, friends or couples. The formulas are accessible to both companies and individuals.

When I arrived at the entrance 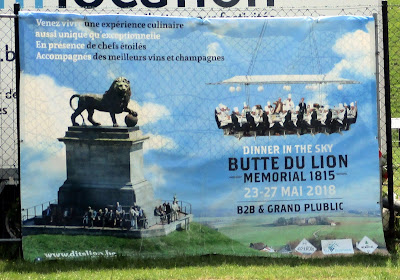 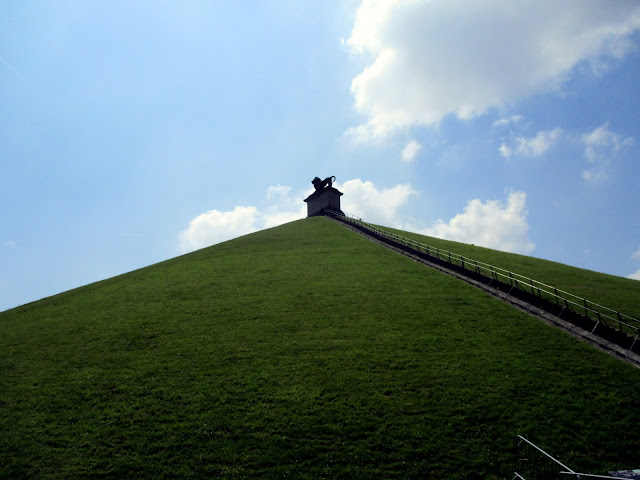 The Lion observed the event ! Usually it's so calm on the site ! 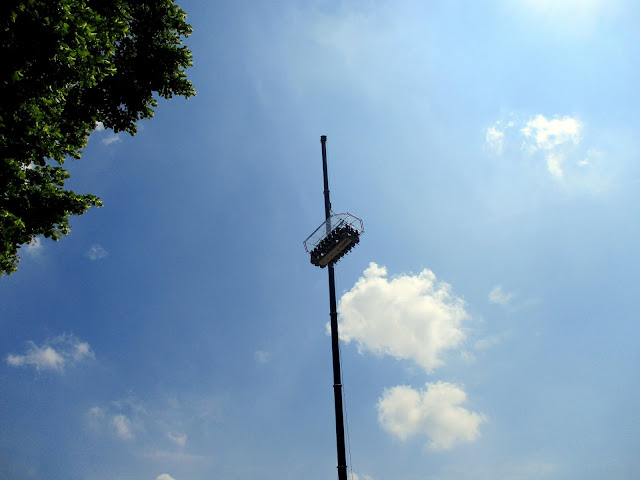 and then I saw the "restaurant" hanging high up 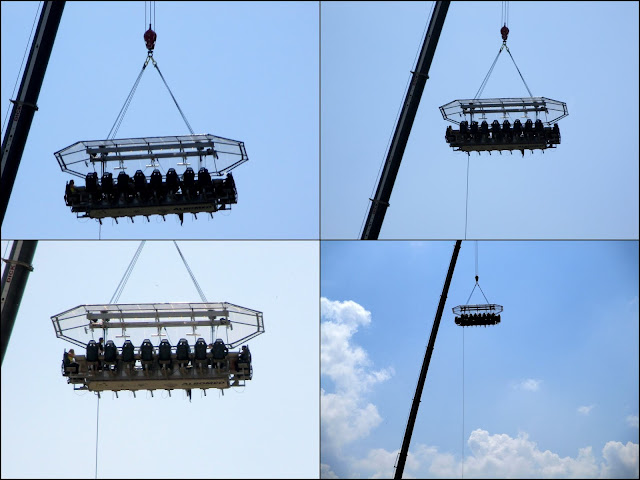 It looked a bit strange but I could hear the people laughing and singing and enjoying their meal ! 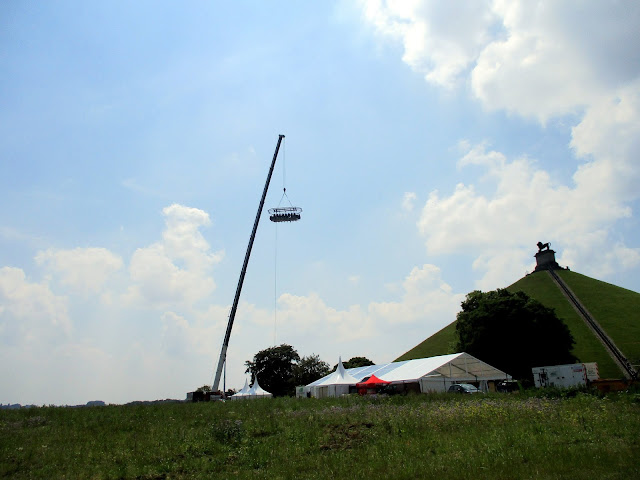 on the ground I saw white tents 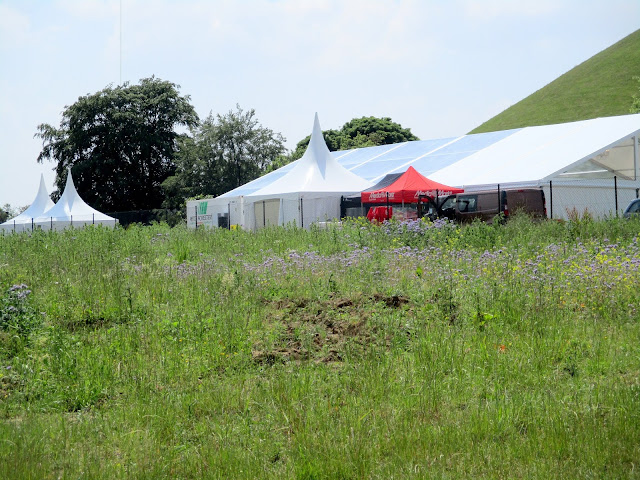 A bar on the ground 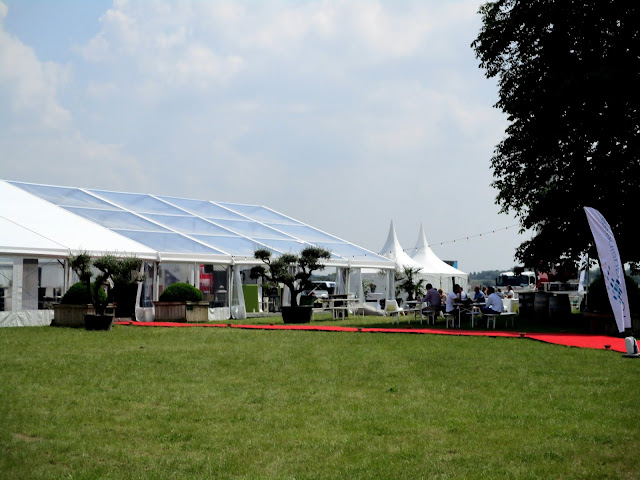 It looked quite inviting 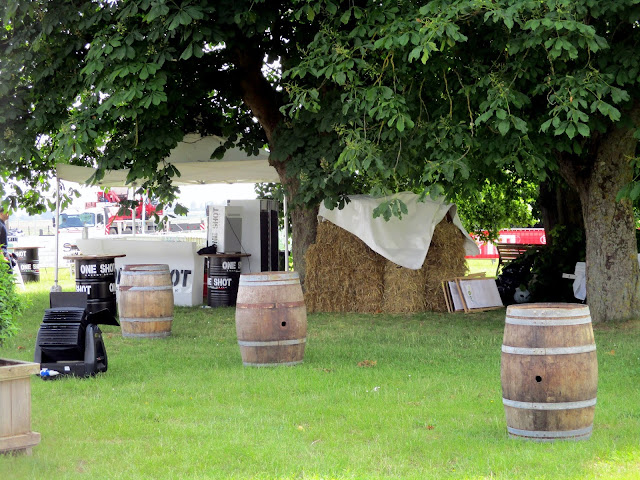 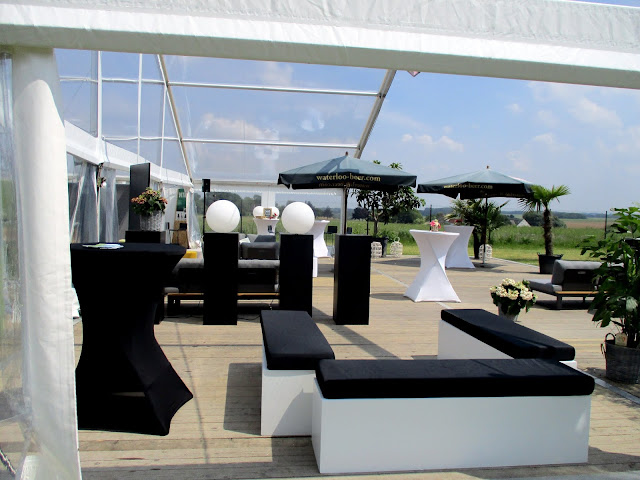 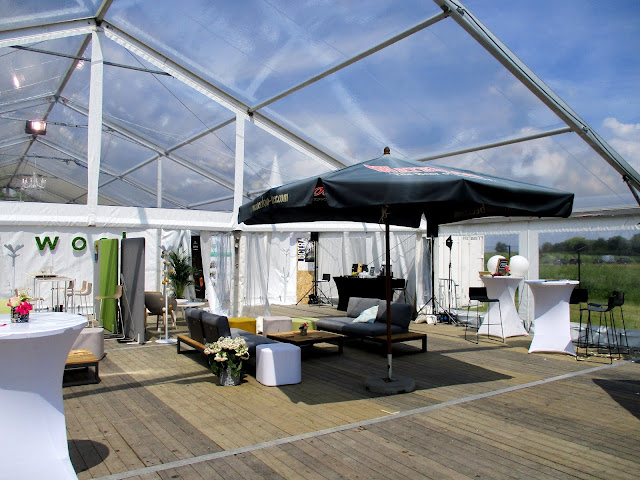 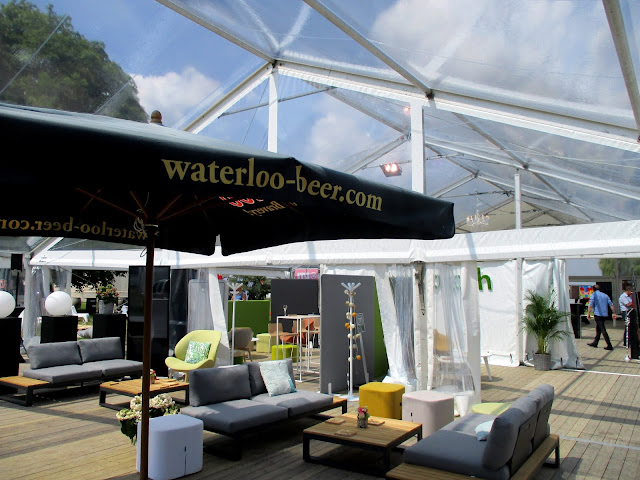 and a cosy inside view of the tents.

I had arrived early on purpose to be able to take pictures, because later in the afternoon it was packed with people who wanted to see this unique restaurant in the sky.

I didn't go, I would have liked if I would have been invited, because it was rather expensive but certainly worthwhile for some people.


I found this video on YouTube and it gives you an idea how it worked.

PS. Since May 26 I don't get your comments in my emails ! Has anybody the same problem ? Help needed !!

Labels: Dinner in the Sky, Lion's mound Waterloo, Our World

You should have gone. "Gosh I am pleased my mother never went to that restaurant in the sky and now I get that extra money". Of course your son would never think that.

I'm on Wordpress so can't really help you with blogspot about the comments. Have you checked your settings to make sure you will receive e-mails when people comment? (That's what we do on Wordpress. We have to tick a box.)

That is one of the most unusual places to have a meal that I've seen.
Am just watching the news and looking on in horror at what has just happened in Belgium. No place is safe from these maniacs. So sorry x

There is no way I would ever dine in the sky like that! I do not do well with heights. I loved all the pictures you took. So interesting. Stay cool!

Amazing and Unique!
But not for me - I am scared of 'dangling in the air' though heights do not bother me if there is a solid floor beneath me.
Have a wonderful week!

They had a similar set up here last year for Canada 150- dining in the air.

Wow, I've never seen a restaurant like that! It would be such an unique experience!

They had something similar here last summer. I think it was overlooking the harbour in Valletta. It's not an experience I would relish as I am rather scared of heights.

What a great idea! I have never heard of anything like it. Would love to see it but I could never eat dinner dangling in the air like that. And what if a strong wind came along?? My imagination is working overtime on this concept.

It all seems wonderful, but I could do without the ride in the sky! Years ago, when the CN tower was still a novelty, my brother Clint and his family were living in Toronto. They took me up the glass elevator to the top, but I kept my eyes shut! We even had dinner there. Even though all of the tables are set against the windows, they are long enough that I could sit down to eat at the far end, and not be afraid of falling off!
And I must tell you: I adopted your idea of artificial flowers instead of the fuss and bother of live ones. I have some in the front yard, and no one has noticed that they're not real...not yet, anyway. When I have a photo, I'll send it to you.
Hugs from here,
Kay
Kay
An Unfittie's Guide to Adventurous Travel