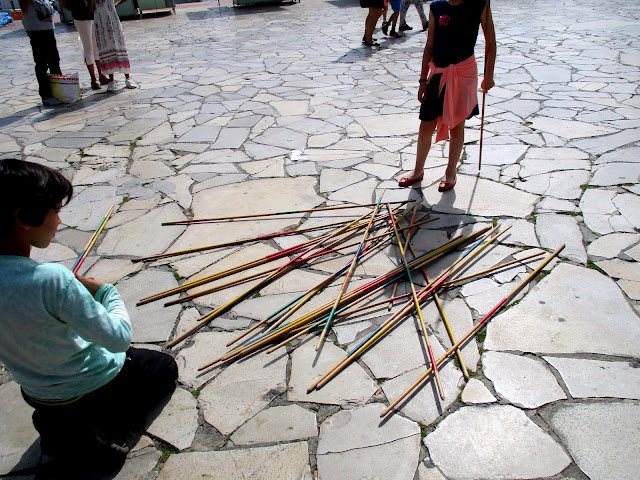 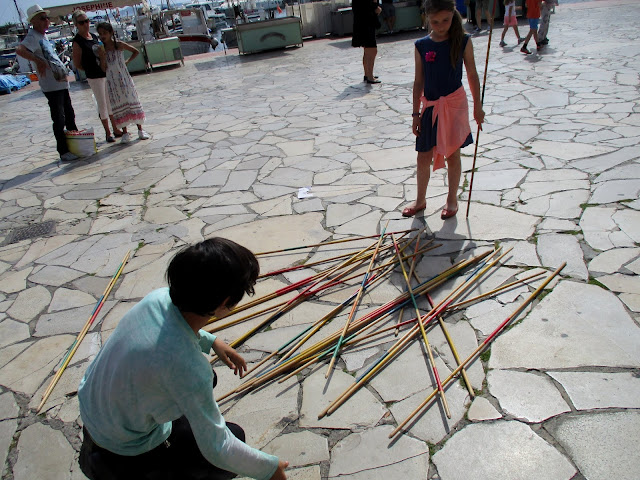 I start to think it's better not to switch on the Television. The program was interrupted this morning because a shooting had taken place in Liège, about 100 km from Brussels.

At 10:30, a man with a knife stabbed two policewomen, assaulted them from behind, stabbed them multiple times, seized their weapons, shot and killed the policewomen. He continued his escape and killed a 22-year-old man in a car, sitting at the passenger side.

Four other police officers were injured, the gunman was finally shot.

He was identified as Benjamin Hermann, born in 1985. He was known for common law crimes (robbery, assault, criminal association ...) and was deemed ultra-violent.

Despite this tragic event the level of the terrorist threat in Belgium remains at 2.

This confirms again that wherever you go in the world it can happen. When I travel to Egypt people ask me if I am not afraid of terror attacks. But where I go it's just a very peaceful corner. I think it's more dangerous finally to stay here ! Anyway when your time has come it doesn't matter where you are ! 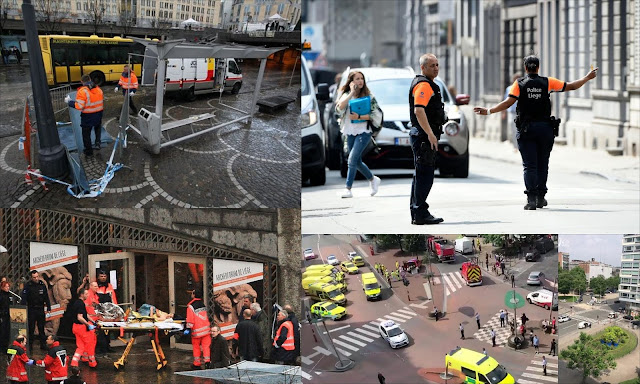 PS. Since May 26 I don't get your comments in my emails ! Has anybody the same problem ? Help needed !!

Many of us seem to be experiencing the same problem. The rules about privacy changed on 25th May which affects all emails from companies. Didn't think it would be a problem on the blog but it is. I haven't been able to adjust settings so I don't get comments as emails but I'm sure someone out there will have the answer. Personal emails are not affected.

I heard about it on the radio. There will always be idiots with a grudge and it seemed that he was one of them.

I have the same problem, I think they are working on it, but that's all I know!

Yes I have same problem. Leave a comment on your own post and then click the box that says "email follow-up comments" -- it's not an answer, but at least it helps.

It's probably not safe anywhere, so why stop traveling?

It was sad news to wake to for me this morning. I know Blogger are well aware of the problem. It has been suggested that it may take some time to fix.

I simply don't understand this kind of evil. Our world seems to have gone insane sometimes. Of course the media is tilted in favor of sharing... and sensationalizing... horrible news like this.
I pray for our world.
Thanks for sharing, and for joining this week's linkup at https://image-in-ing.blogspot.com/2018/05/check-our-catbirds.html

Yes, that's made the news here as well. Senseless.

This is such a horrible even and I feel sad for the victims. I agree, wherever you go, it can happen.
I've seen many bloggers having the same issue. Hopefully it'll be fixed soon.

I didn't hear about this terrible news you post about. But we had a terrible tragedy here in SA - in Kwa-Zulu Natal, the province where I live. On Monday morning a nine-year-old girl was shot dead in a botched hi-jacking incident. Her father had been thrown out of the car and the hi-jackers sped off with her in it. She was on her way to school... It has shaken the nation. The violence, especially concerning guns, is out of control! I heard several other people complain about the e-mail problem and also heard Blogger is working on it.

There seems to be craziness everywhere! The middle school that my niece went to last year had a shooting on Friday. One little 13 year old girl got shot six times. She is in the hospital and in critical condition but improving. The boy that shot her, and the teacher, was only 13. They took the entire school to the high school, where my niece does go to school, and then that school had a bomb threat. And this is in a very peaceful town! It can happen anywhere.
I don't know what is going on with e-mails and blogger but I do know that I keep getting all of these messages that I need to accept the new conditions. I keep ignoring them as I didn't know if they were real or not.

Yes I am having all sorts of problems. People are signing up to my blog and not getting my posts. It's a mess and I don't k now how to fix it. I ended up signing up on Bloglovin' so people could find me there it need be.

Indeed, crazy people are everywhere. The only way to stay safe is to stay at home.

Hmm, I was wondering why no one had commented. But I checked and it looks like the comments are working (?)

My community is 15 mins from the tragic Parkland School Shooting.
I do not believe that either of these were 'terrorist' attacks, but just the workings of mentally disturbed individuals.

Who knows what the answer is?

But I do believe that you cannot conduct your life in fear.

Thank you for sharing your thoughts.

I have had some problems with my comment section for some time. My Web Maven is working on installing a new section to comply with the new EU rules. I also believe that when it is your time, it is your time.