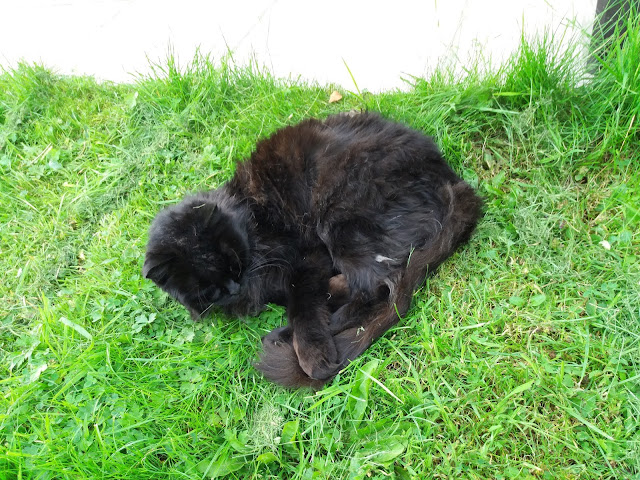 I inspect the grass for vermin ! ! 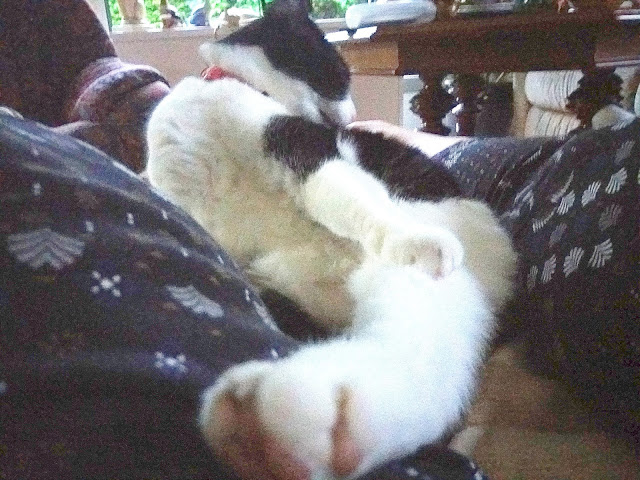 I wonder if I don't house an unwanted inmate ? 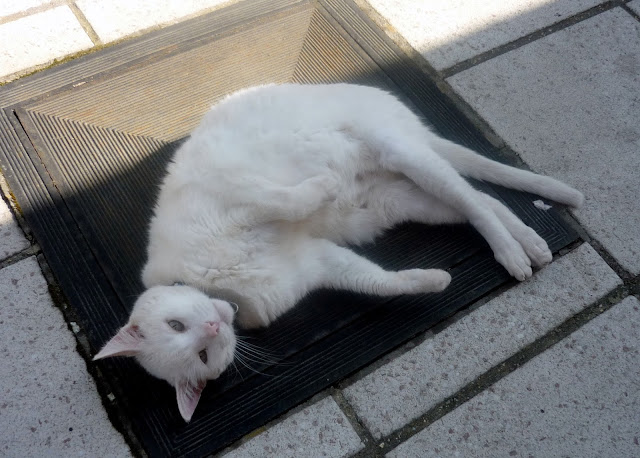 Everybody can see that I am a friendly and innocent cat ! 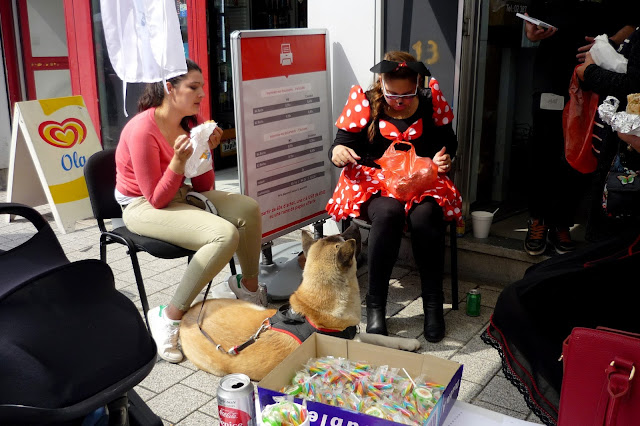 
1. When you think about your future what do you fear most? Hope for the most?

What I fear the most is moving house and get rid of all my useless stuff. What I hope for the most is getting a lot of money for it !

2. September is National Chicken Month. How often is chicken on the menu at your house? What's a favorite dish made with chicken? What's something you're a 'chicken' about doing or trying?

I didn't know that chicken were honored in September ! Then we shouldn't eat chicken. I love chicken in all kind of recipes, Italian, Indian, traditional roasted, I don't really have a favorite dish made with chicken.
I am chicken about killing a spider (which I shouldn't do !)

3. What are three things you don't own but wish you did?
A new sofa and armchairs, a bigger Television, other furniture

4. Would you rather be a jack of all trades or a master of one? Elaborate. If you answered one, which one? Certainly not of all trades that would be too much,  but maybe a few, like painting and writing

5. Ketchup or mustard? On what?
On nothing, don't like neither one !

Why do I have the feeling that autumn started already ? A months too early ! I see pumpkins, yellow leaves and wouldn't be surprised if a Halloween witch jumps around the corner. After all we had summer already in April where I collected lillies of the valley due in Mai !

Innocent! Of course all cats are innocent. Around our house, the dog done it! lol

I'm the spider rescuer in our house. My DIL is terrified of them and my son is not much better so it's usually down to me to remove them.

I miss my cats. I had the loveliest cat when I was young.

Those cats were a joy.

I have not met you before, so it is good to visit with you this morning from Louisiana in the southern USA. Good luck on selling your house and hopefully, you will get lots of money for it. Moving can either be dreaded or looked forward to. I do hope it is a smooth transition for you.

I love your cat photos and the photo of the dog and two ladies is brilliant!

Here the weather jumps back and forth. As if it can't make up its mind and just wants to pester us! Very annoying, since you don't know whether to put the heating on or not!

Awwww your kitties are all so adorable!
I didn't know about chicken month, either! My boys have steamed chicken every single day :-)
And I don't use ketchup or mustard much, either. But I love mayo on many things!

Love the pictures of your cats, they're so gorgeous, especially the black one. Agree that painting and writing would be great skills to have - it would be lovely to be able to express yourself artistically.

Have a great day.

We're still out on the lake most days, swimming too, so I'm clinging to summer for a little bit longer. It's cool in the mornings but warms up by late afternoon. I feel the seasons changing with the light especially, and I do love fall so am feeling almost ready for her to roll in. We will still have some hot days in autumn here.

That Arthur never looks innocent. He has mischievous eyes.

I'm with you, Gattina. How is it that we're approaching Fall already? You're right. We ought not eat chicken to honor them this month. I wonder how it is chickens get a whole month while ice cream only one day.

Vermin or not the cat will eat the grass, come inside, sit on your bed and get sick! I know this is true because I'm a crazy cat lady with years of experience.

Love your cat photos! Inspecting is quite the job it seems!