I can't believe it ! It's September the month were my miseries start, the entrance to winter and all these months I hate. This year it seemed to me that spring and summer had gone by so quickly !

A classmate from my painting course had moved away from Waterloo into the Flemish part of the country. They had sold their house and wanted to rent an apartment for their "old" days. She had invited us to see her new home. It was so beautiful, I just wanted to stay. She and her husband are real Brussels' people and therefore have no language problems because they speak both fluently Flemish (Dutch) and French. In the Flemish part of the country the houses and rents are cheaper than in the Walloon part. Probably because of the taxes. In such a mini country we have different tax laws ! 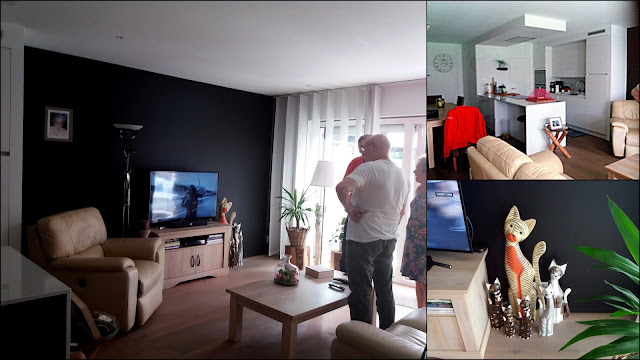 They have no stairs at all living on the first floor. Two bedrooms are enough for the two of them and the rest is open plan ! Very cosy and very practical, to stay there for the rest of their lives.(as you can see she too is a cat lover !) 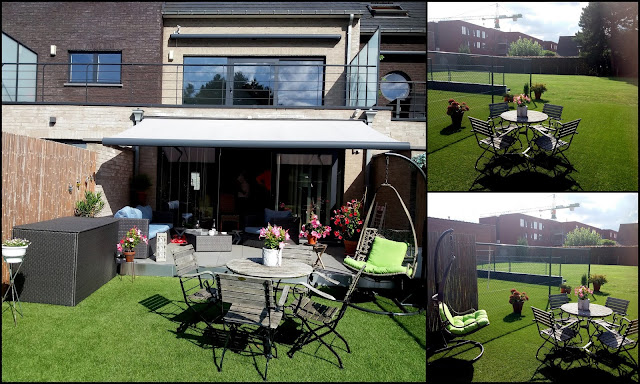 They also have a huge tiled terrace and then comes grass. But they have nothing to do not mow the lawn at all until the end of the second flower pot the lawn is fake and the other part is cut so shortly that you don't even see where the fake ends and the real begins. Great idea !

They had also to give up their house because the maintenance became to heavy they had a huge garden. Now they are happy and we had a great afternoon on the terrace even the sun was with us !


On Sunday was a town fair in the neighbour city. Nicole and I made a little walk to see how the festivities went on. But there was nothing special to see, it looked just like last year. 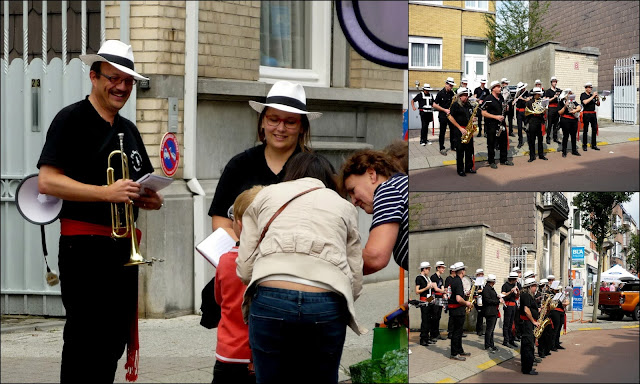 The man left is in my Facebook group "Vivre à Waterloo" and belonged to the orchestra. I took the photos from behind a stand so he couldn't see me, I will surprise him with the pictures tomorrow. 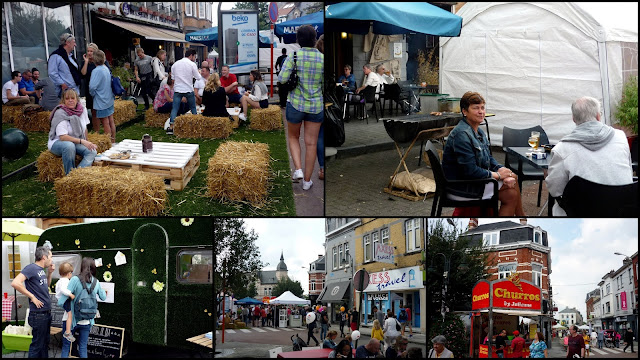 There was a lot of food and drinks all around and I had already enough from only looking ! Nicole found a nice blouse and a  skirt. I found nothing ! 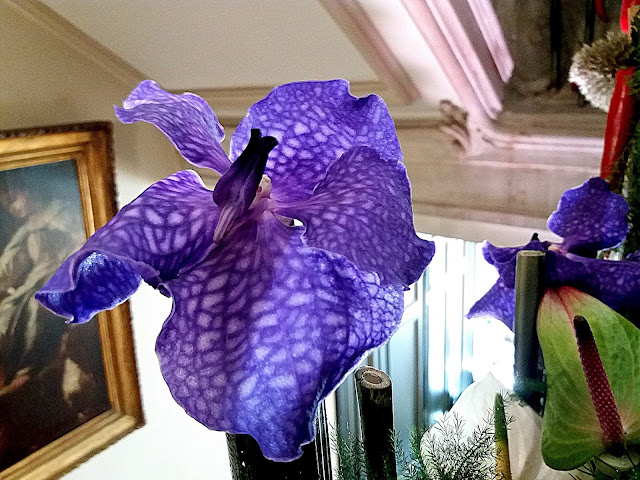 Although your summer is nearly over it looks like you had nice days for your weekend activities. The apartment looks just right for retirement living.

I love fake grass, it is one of the best inventions ever. A perfect retirement lifestyle. Interesting that such a small country like Belgium has so many different parts. Here you can travel for weeks and still be in the same place. Now it is spring and I'm not sure we had winter.

How wonderful to spend some quality time with your friends in their new apartment. Sounds like a great weekend.

Your friend's new place is pretty, and I love their outdoor area!
Have a wonderful week!

I love their garden, right up my street! Looks great, yet no work. I could live with that very easily.

That's a really nice apartment. Looks beautiful! And I love the idea that they don't need to mow the grass :-) If you didn't mention, I wouldn't know it's a fake grass!

That is a nice apartment. Glad you had a nice weekend.

Good for your friends! We are all for downsizing -- we've done it more than once ;>).... neither of us loved yard work, so that is not something we miss.
But of course you have your live-in lawn guy Oscar (I think I remember that's the robot's name)... and he doesn't even eat much ;>0.

When we were younger, I enjoyed going to fairs and festivals every year -- but now they do kind of all seem the same as last time... and all the same as each other. I guess we are jaded.

Here you can travel for weeks and still be in the same place. Now it is spring and I'm not sure we had winter.