This weekend was the commemoration of the Waterloo battle. 2 years ago was the bicentenary, last year was nothing and this year it was completely different than all the years before since the over 40 years.

I went to the Hougoumont  farm, where Napoleon had lost the battle and where on the fields around the soldiers coming from the UK, Germany and the Netherlands built up their bivouacs while the French are in another place as they were enemies at that time. 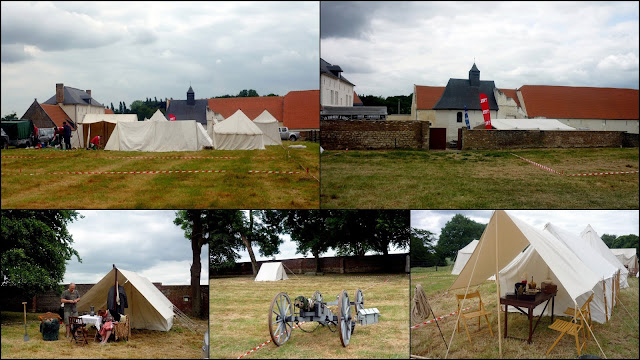 They had just arrived and were busy to install themselves. I chatted a bit with them, the Germans came from Cologne and even Munich, which is quiet far away.

In the afternoon my friend Ilona came to see a bit of the events, and while we drove there I saw at our Toyota garage an Aygo with a special price, - 30 %. Ilona who badly needed a car, hadn't seen it, so I told her and said we could go in there because we had already bought 2 cars in this garage and I knew the salesman. Ilona was a bit over rolled by my enthousiasm but followed me.

She knew the car already because Mr. G. has the same, and in not even half an hour, the deal was mad, the papers signed and a very happy Ilona went out of the shop to celebrate with me ! Now she has to wait until July. 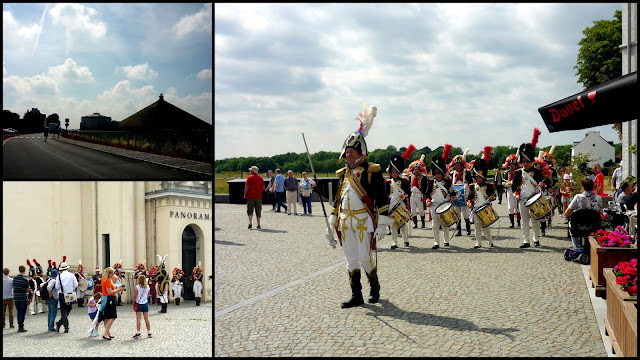 and an orchestra arrived and played for a while. There were a lot of people and we chatted together and Ilona proudly told about her new purchase. Everybody congratulated, it was real fun ! 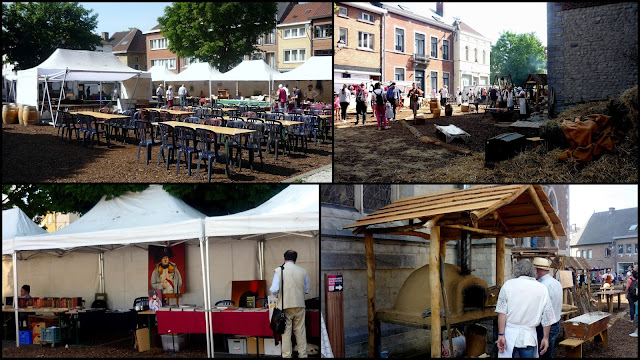 I can't wait to see your photos of Ireland. I think if I was younger, I would move there for good and get rid of the hot sun.

There some place like that famous battle field that people go out Ghost hunting..
Coffee is on

I wouldn't mind getting a newer (little bigger) car, but what with my holiday that just was, I don't think my bank manager would be too happy. Or I for that matter. I would rather be able to pay for it in one go than having to take out a loan again.

Lovely photos indeed, must have been a great event to visit. Greetings!