On Saturday I went to the Anderlecht market. I don't smoke anymore, but Mr. G. does and as a loving wife I went to buy the cigarettes for him for half of the official price. The vendors are now mostly Moroccans, before they were Belgians, this "business" is part of a whole institution and exists since ages ! From time to time the police arrests some vendors but not for long and they are set free again, policemen smoke too, they are human beings ! 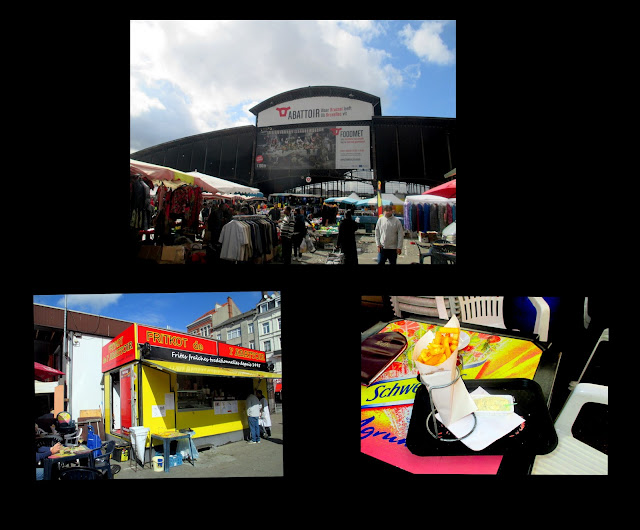 After a little walk around the market I bought some delicious apples and fresh figs I stopped at a "Fritekot" which is a typical Belgian stand selling only chips. Years ago you could find them all over Brussels, but now they are rather seldom. I bought a sachet and it was delicious !

On Sunday was the day without cars in Brussels. Only public transport and taxis were allowed. 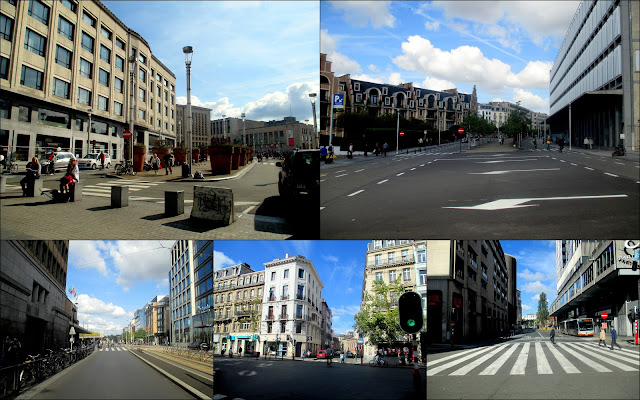 It would have been very nice but there were the cyclists ! It seemed to me that everybody who owned a bicycle had digged it out even the once from last century. They rode their bikes without any respect for  pedestrians in the middle of the boulevards, didn't pay attention to red lights and really behaved very badly. It's a miracle that I returned home entire and not in pieces ! 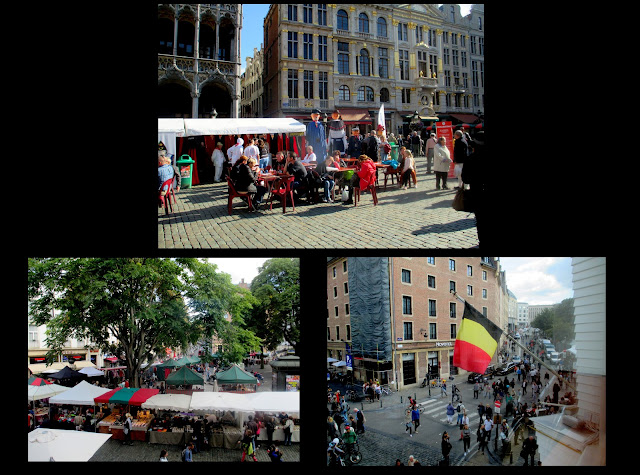 At the same time a folklore festival was going on at the Grand'Place and around ! There was a lot of animation, costumes, music and typical Belgian food. I sat there in the sunshine and watched. What a nice day. I will write about it in another post.
Posted by Gattina at 06:30

That was a busy day. I have to agree about the cyclists. As more and more people take to their bikes, more and more are riding them on the pavements, ignoring road signs and traffic lights. I like the idea of a traffic free Sunday but I think it needs to include cyclists

Hi Gattina - sounds a good day out ... even if the cyclists were a little irritating ... rough with the smooth I guess. Cheers Hilary

Some times cyclists are worse than car drivers. It's a shame. Glad you enjoyed your time in Grand Place.

I love "dimanche sans voitures" but this year I returned to Brussels late on Saturday and was to tired to pedal on Sunday. It is true - when there are no cars on streets cyclists stop respecting any rules, beats me why.